Kamp sea plane station was a German airfield 430 kilometers northwest of Warsaw.
The airfield was built by the Luftwaffe between 1935 and 1937 in what was then German Pommerania. Before 1935 Kamp was a small fishing community, a part of the Deep municipality in Greifenberg (Polish: Gryfice), located west of Kolberg (Polish: Kolobrzeg). By the time the seeflugstation and the adjacent fliegerhorst were finished it had become a restricted military area. The terrain was not on any map and camouflaged like a peaceful village near the sea.
Units at the station included II./Küstenfliegergruppe 606 and Küstenfliegergruppe 706. Also at the station was a Naval Pilot Replacement Group (Flieger-Ergänzungsgruppe (See)):
Stab/Fl.Erg.Gr.(See), 1./Fl.Erg.Gr.(See) with Do 18, He 115 and later BV138 and 2./Fl.Erg.Gr.(See) with Do 17 and He 111.
The whole Group disbanded on 10 March 1944. The first Staffel became Erg.Küstenfliegerstaffel (F). The second and fourth Staffel were merged into Erg.Küsten-Nahaufkl. Staffe. All units moved out in October 1944.

No photos have been located

The station played a major role in the final weeks of Nazi-Germany. As more and more people were trying to flee the Soviet Army, it became a major hub for Luftwaffe seaplanes ferrying civilians (many of them children) to the west. Dornier Do-24s (of Seenotgruppen 60 and 81) and BV-138s flew many to relative safety. Accidents were bound to happen though: a Do-24 with many children on board is said to have crashed in the shallow Kamper See (Lake Kamp, Polish: Jezioro Resko Przymorskie) with only one (a female teacher) surviving.
On 3 May 1945 the final four BV-138 flights were made, the last one on just before 14:30. By the end of the day the base was firmly under control of Soviet Forces. 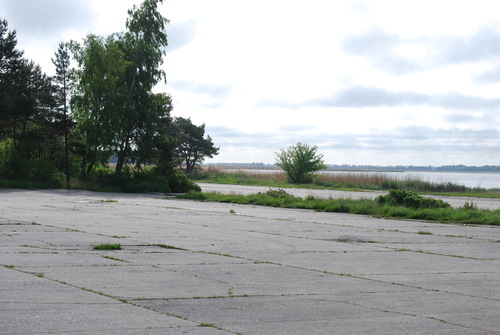 One of the platforms of the old seaplane station in 2009.

After the war the region became part of Poland. The remaining original German inhabitants were expelled to Germany in 1947. During the Cold War the base was home to a Polish Air Defense Artillery regiment (75 Pułk Artylerii Przeciwlotniczej). Since the disbandment of the regiment in 1998, the village has gradually been taken back by civilians.
Until 2011 most of the hangars an platorms still remained though. In late 2011 some of the hangars were finally demolished. 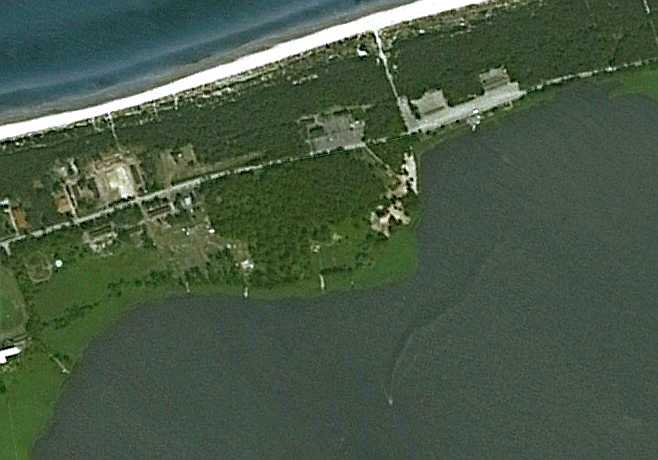