Karlstad-Jakobsberg air field (Swedish: flygfält Karlstad-Jakobsberg) was an airfield 260 kilometers west of Stockholm.
After the First World War had ended, it did not take long before the realisation came that aviation would develop further into a significant form of civilian communication. As a result, several cities now wanted to review the idea to have aerial connections to their cities and towns. This also applied to the smaller towns like Karlstad. The municipality of Karlstad, then with a mere 18,000 inhabitants, requested a state subsidy for planning and construction of an airport in 1920. SEK 60,000 was granted for the purpose.
The idea was that the airport would be built on the open lands south of Sommarro. To facilitate the airfield, the planned construction of a bridge from the southern tip of Orrholmen would be stopped and a new bridge would be built closer to the future airport. This bridge became the Jakobsberg Bridge, completed in 1929. However, it took about 15 years before construction work on the airfield started and even longer before it was taken into use for scheduled flights.

In 1938-1940, the airport was used for stopovers and refueling for the Stockholm-Oslo route. During World War II, all civil aviation ceased and the airfield was used instead as a military reserve airfield. It was not until 1945 that the first regular service to and from Karlstad (the Bromma-Karlstad-Oslo route) started, and the airport was officially inaugurated on July 25 of the same year. However, it proved difficult for the airline to compete with the train and the number of passengers was so low that scheduled flights on the the Karlstad-Stockholm section were forced to close down as early as 1948, In that final year, only 1529 passengers were transported. Thereafter, the field was only used for taxi flights and private flights until 1957 when Linjeflyg opened the Karlstad-Bromma route. 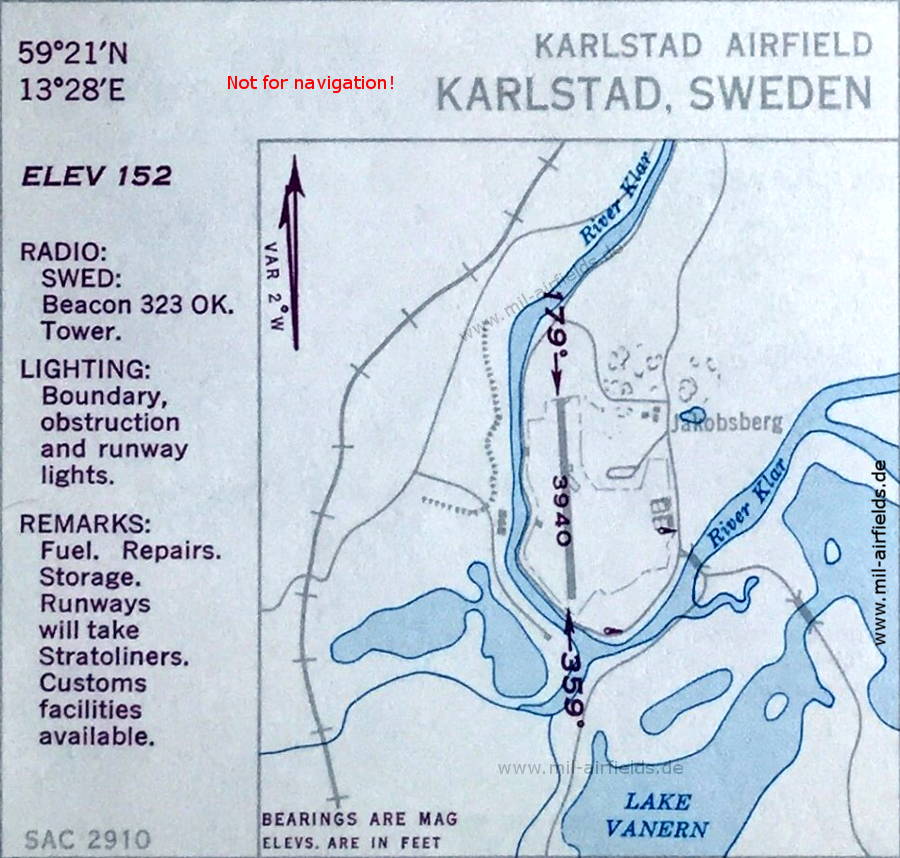 Navigation chart of Karlstad in 1950, showing the field had a paved north-south runway with a length of 1,201m/3,940ft. The image clearly shows how an arm of the river Klarälven, which flows into Lake Vänern, surrounds the airfield, severely hindering expansion. Notice the remarks saying the runway will take (Boeing 307) Stratoliners (US DoD, via Military Airfield Directory).

As the Karlstad continued to expand and as the city grew, up more and more noise complaints against the airport from low-flying planes, takeoffs and landings were made. With the advent of jet aircraft in the 1960s, the airport used the little room available to expand. The runway was lentghened and a new airport terminal was inaugurated by Minister of Communications Olof Palme in 1966. 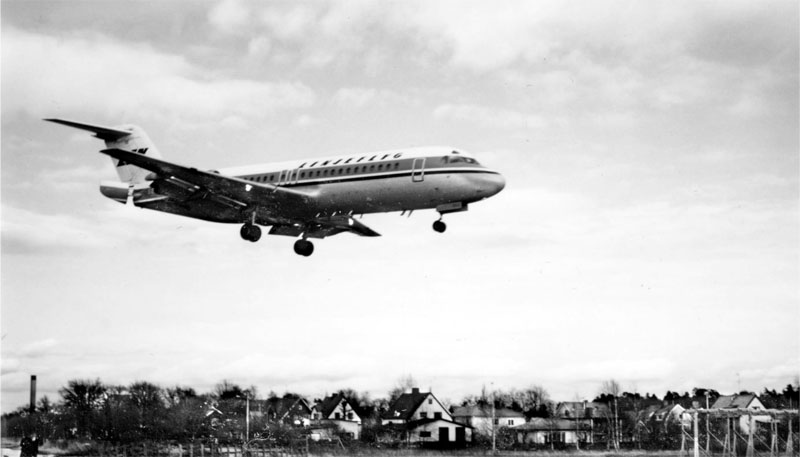 A Linjeflyg Fokker F.28 Fellowship on approach to Karlstad airfield. As Linjeflyg received a more modern livery in the 1980s, this was likely shot in the first ten years after initial delivery of Fokker F.28's in 1973 (Karlstads gamla flygplats (PDF, in Swedish)) 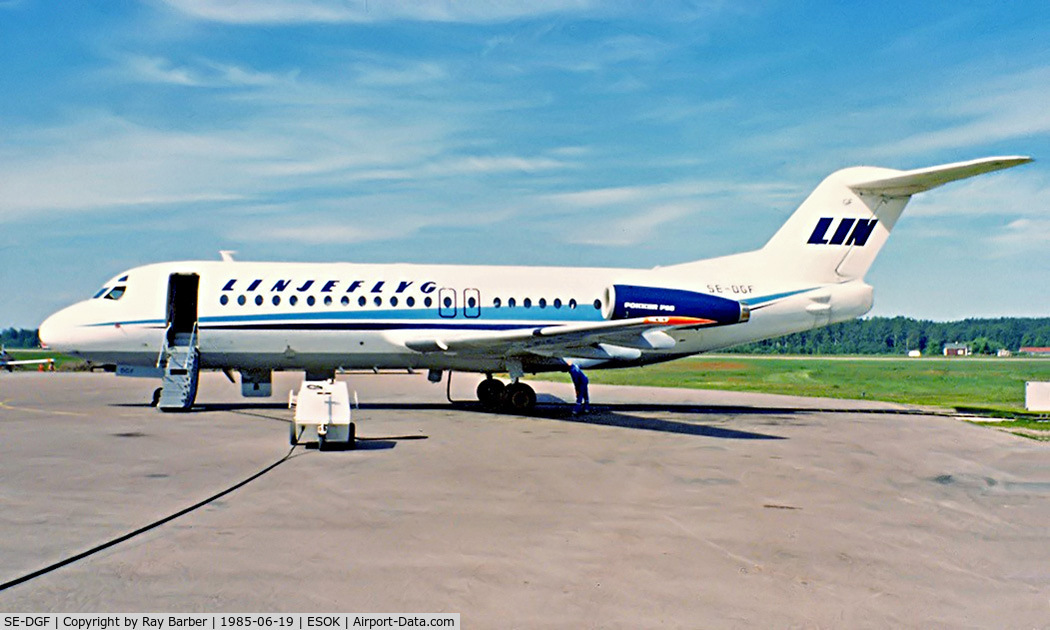 In the 1990s, the airport had again become too small, so in 1993 it was decided to build a new airport outside Karlstad. The business case was based on the traffic growth that had occurred during the 1980s in the hope that it would become half a million travelers and the faint hope of getting work as a reserve airport to Oslo Airport, Gardermoen (23 miles away) in case of traffic diversions, etc. A new airport was built southwest of Hynboholm and inaugurated on September 7, 1997.
After the airport was moved, Jakobsberg was primarily used for flight school aviation and gliding. 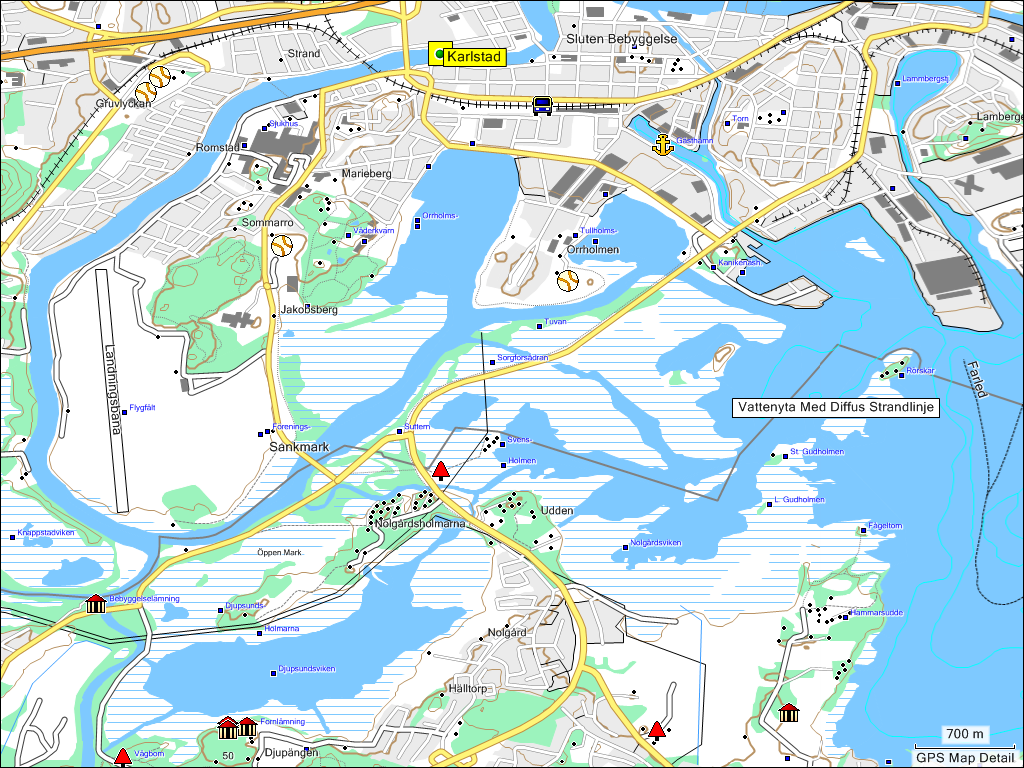 1990s map of Karlstad and the airfield ("landingsbana", on the left), via tramsoft.ch

In 1998 the municipality of Karlstad shut down all flight operations at the old Jakobsberg airfield. The area is now used as a golf course, but plans exist to convert it into a residential area.

After the airfield closed Sommarro Golf Club established itself at the old airfield. Already in the 1950s there was a simple 9-hole course in the northern part of the field that could be used as the airspace was empty. Karlstads Golfklubb, formed in 1952, held its first club championship in 1953 at this “golf course".
In the 2010's the Jakobsberg residential area was under development with a number of villas in the northern part of the old airfield. There are already additional buildings - both villas and apartment buildings at the northern end of the runway. 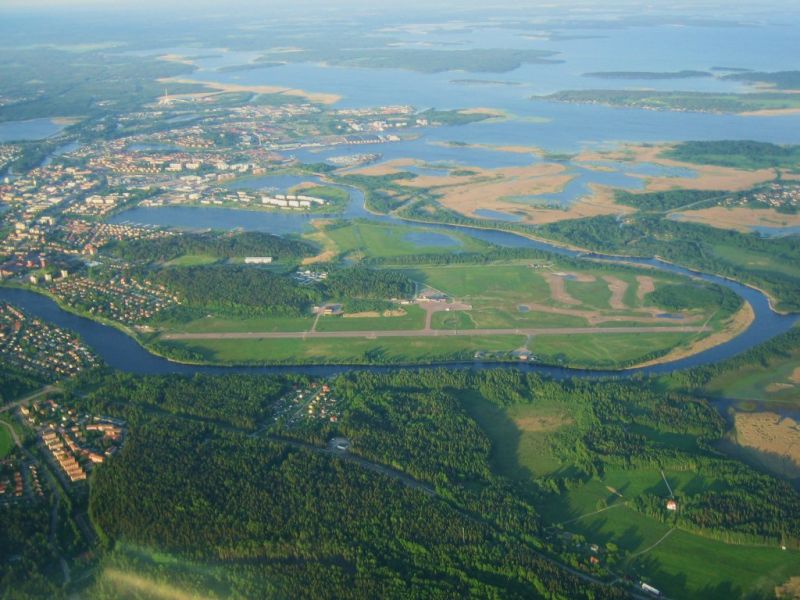 The airfield photographed in May 2005 by Magnus Emanuelsson (supplied via email). 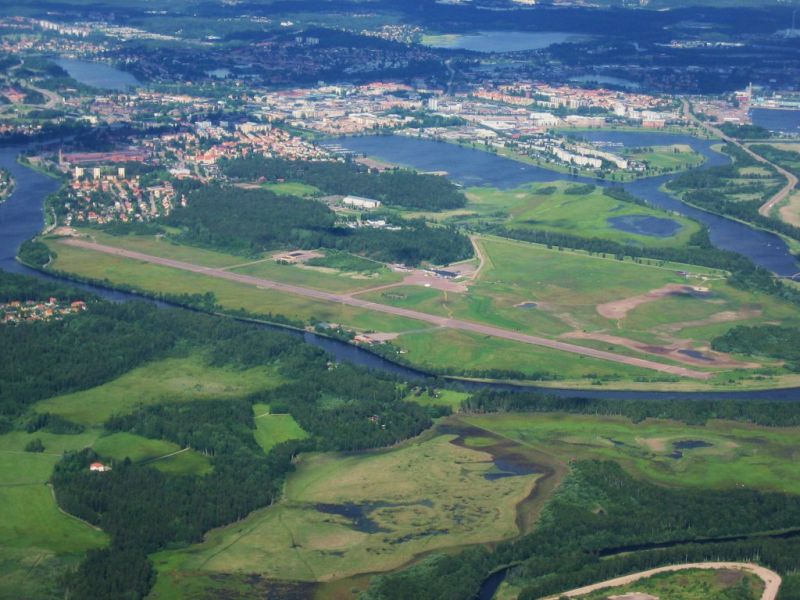 The airfield photographed in June 2005 by Magnus Emanuelsson (supplied via email). 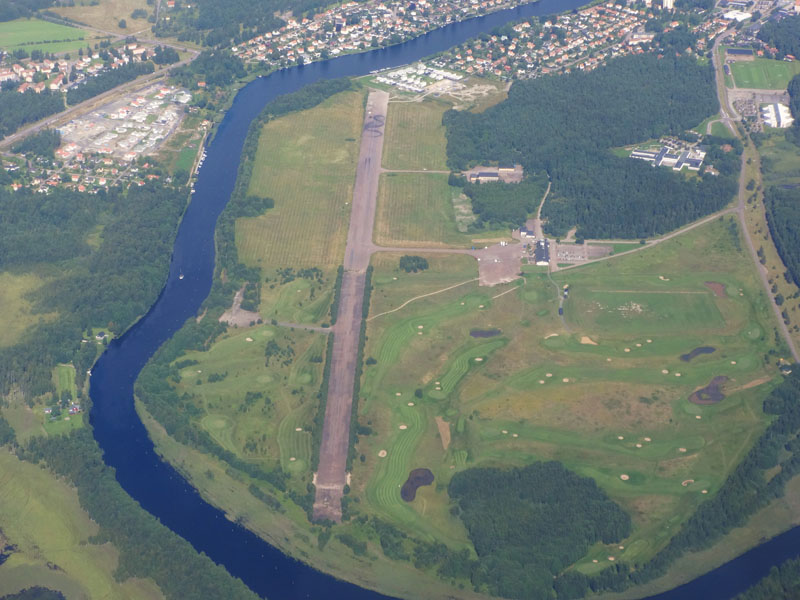 The abandoned airfields' southern half was in use as a golf course (Magnus Emanuelsson). 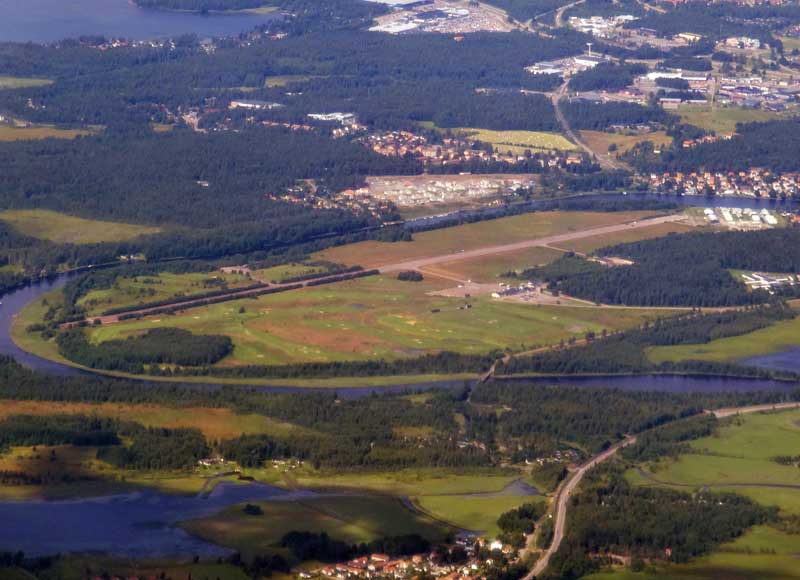 Karlstad photographed in July 2015 by Magnus Emanuelsson (supplied via email). 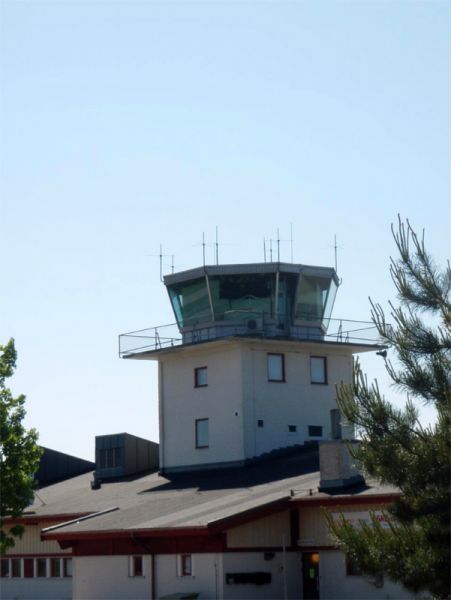 The controltower, as seen in the PLANPROGRAM FÖR JAKOBSBERG (PDF, in Swedish) documentation in 2015 (Karlberg community)