Kattavia airfield (Italian: aerodromo di Cattavia, Greek: Αερολιμένας Κατταβιά) was an airfield on the south side of the island of Rhodes in Greece
The airfield was built in World War II by the Regia Aeronautica (Royal Italian Air Force) as a reserve airfield. The airfield was used as a transit for the Luftwaffe during the German attack on Crete in May 1941. After that the airfield did not see any more air movements. It was bombed by the RAF several times however.
By early 1943 the Italians had rendered the airfield unusable for landing aircraft and paratroopers by erecting poles on the airfield. On 8 September 1943 the airfield was the scene of bitter fighting between Italians and German forces. Although they were succesful in repelling the Germans, and even taking a large number of them captive, they had to surrender on 11 September 1943. They did not do so before blowing up the installation though. After 11 September the Germans used facilities of the airfield as a POW camp for the Italians. Conditions were appalling, with the Italian soldiers subjected to malnutrition, violence and torture. 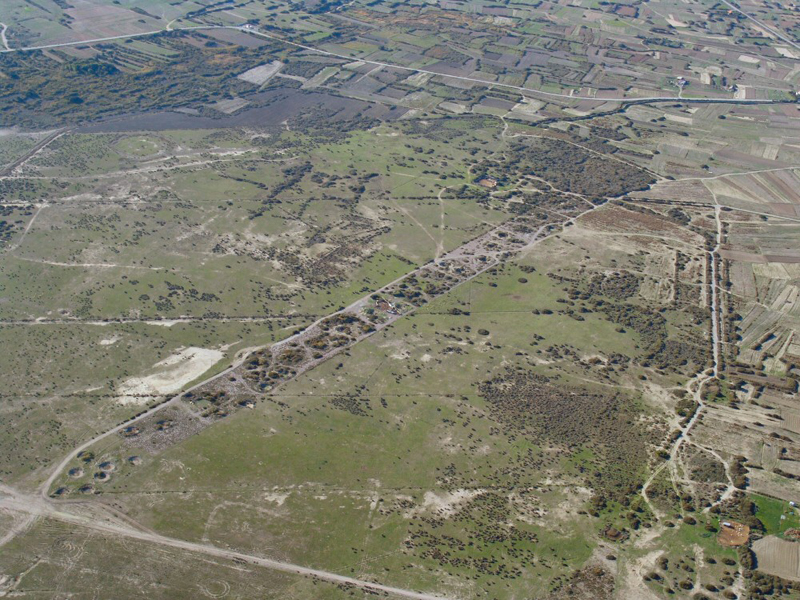 Today the outlines of the airfield and its runway can still be recognised.
The craters caused by the blowing up of the runway are still visible.
The former airfield is now a shooting range for the Greek Army.
It is not advisable to venture onto the terrain due to large amounts of unexploded ordnance.


A YouTube video by Steve Robson shot in 2012, showing Kattavia airfield  and (at 4:00) Kalathos airfield.