Kelstern airfield (also known as RAF Kelstern) was a RAF Bomber base 210 kilometers north of London.
A night landing ground existed at Mill farm on the east side of the later air base between 1917 and 1919. It was intended for aircraft of 33 Sqn that, while hunting for Zeppelins, might run short on fuel. It was rarely used however.
Construction of the World War II air base began in July 1942 at about half a mile (roughly 800 meters) northwest of the night landing ground. A nearby night decoy site (for RAF Binbrook) was abandoned to deconflict with the new airfield. The airfield featured three concrete runways, a perimeter taxi track, 'loop' type aircraft parkings and at least one T2 hangar.
In September 1943 RAF Kelstern opened as No 12 Base (Binbrook) substation. 100 Sqn's C-flight provided the nucleus for a new squadron that stood up at the base: 625 Sqn., which was activated on 1 Ocotber 1943, operating Lancaster bombers. They flew their first operational mission less than 3 weeks later. A year later 625 Sqn provided the core for the reformed 170 Sqn, which flew its first operationa mission on 19 October and then moved out to RAF Dunholm Lodge on 21 October 1944.
An interesting experiment took place at Kelstern in early 1945. Because Lincoln bombers had a larger wingspan than Lancasters, tram tracks which had been taken up from RAF Grimsby were transported to Kelstern and laid into the T2 hangar on the technical site at the west side of the airfield. A special trolley arrived and was placed on the tram tracks, shortly after one of the Lincoln prototypes was flown in, this was gently mounted onto the trolley, and the aircraft was then dragged into the hangar sideways! It did work, but was clearly an expensive and time consuming process.
By April 1945, HQ 1 Gp (Bomber Command) had decided to reorganise and therefore moved 625 Sqn to RAF Scampton. With congestion and associated risks of crashes in overlapping circuits over Lincolnshire the decision was taken not to base any further flying units at Kelstern. The airfield was closed in May 1945.

no photos of the operational aifield were located.

After the war, the airfield was left abandoned for two decades. The property was sold by the MOD in 1965. It has since been demolished, with only minor parts still recognisable. Some mild scarring of the landscpaes reveals a little more detail when seen from the air. A small memorial was erected to the west of the airfield, but instead of commemorating the airbase it only commemorates its main user, 625 Sqn. About 100 meters/yards of tram rails still lie at the site of the trials hangar. The tram tracks can still be seen at Kelstern, the hangar itself has gone but the base remains and a few feet of track can be seen disappearing inside it. 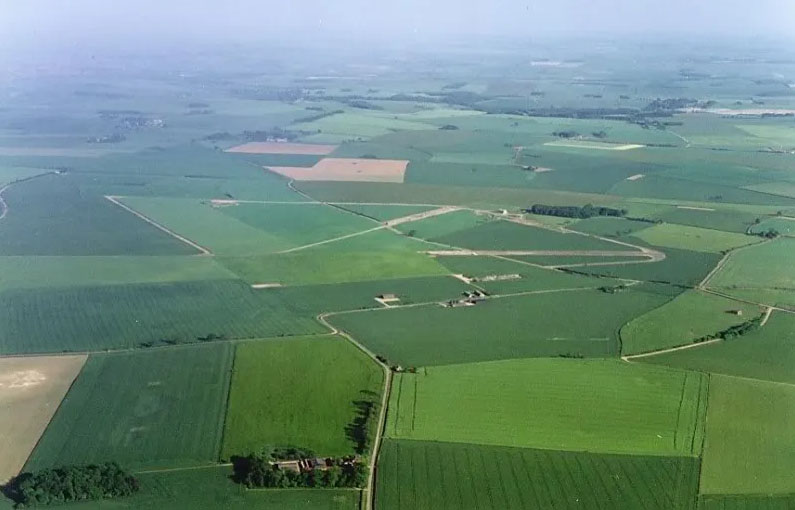 Large parts of two runways were still visible in 1989. The closest to the camera was removed before 2003 (Ossington_2008, on Airfieldinformationexchange.com). 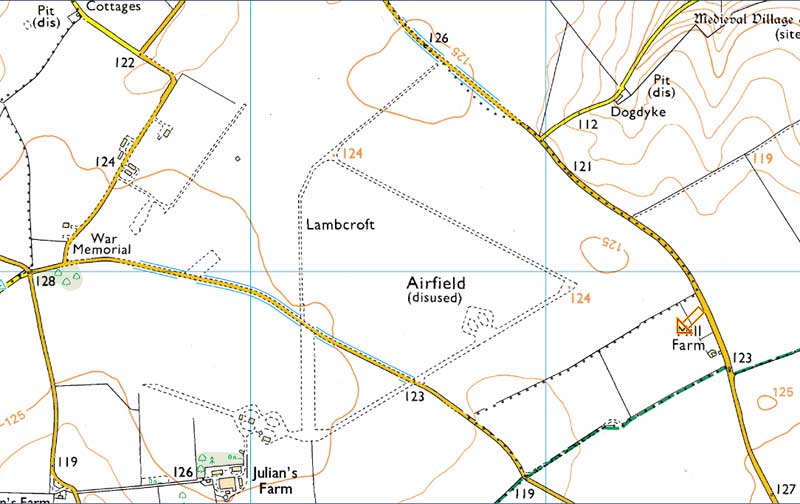 Taxitracks, parkings and small portions of runways are recognisable on this map, which marks the airfield properly as (disused). (streetmap.co.uk) 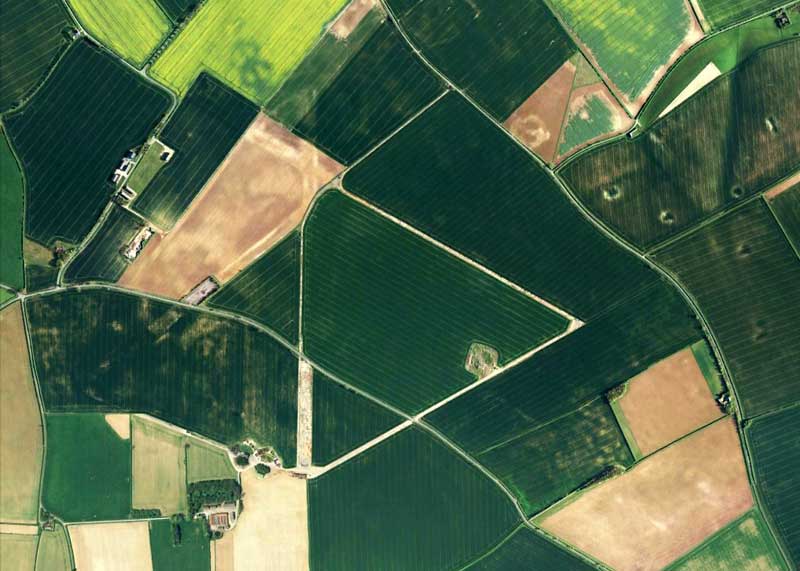 Aerial photo of the same piece of property, photographed in 2008. Scarring in the land reveals other parts of the former airfield: runways, taxi tracks and some more parkings on the north side of the airfield (Google Earth). The memorial on the west side of the former airfield (mapio.net)