Pacov-Kámen airfield (Czech: Letiště Pacov-Kámen, also known as Pacov Air Base ICAO: LKPV) is an abandoned emergency airfield 80 kilometers southeast of Prague.
It was built after World War II, although I found references to German aircraft parkings to the north, suggesting there was an airfield nearby or at the location during the war by the Germans, who called the town Patzau. The airfield is of relatively simple construction: a 2000 meter runway with parallel taxitrack to the north. South of the western treshold is a parking area, and another one can be found to the north the eastern treshold. Its layout suggests it was planned to be a fighter base. MiG-19S "Farmer" fighters are known to have operated from the airfield around 1960. 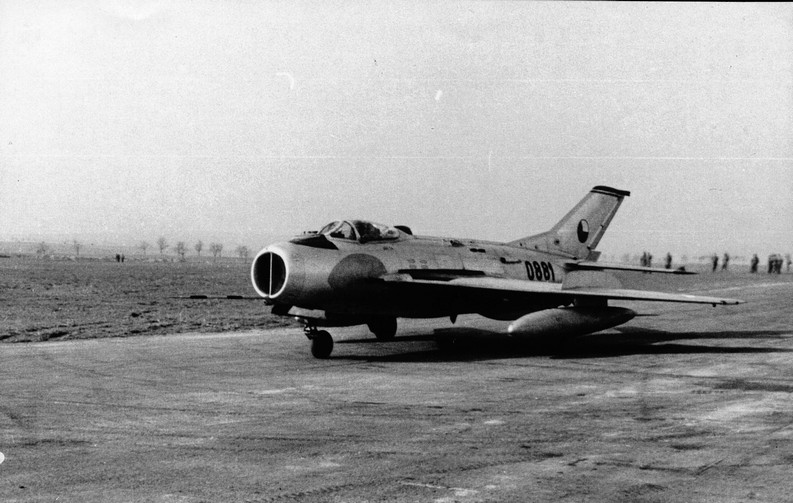 Czechoslovak Air Force MiG-19S '610881' of the 2second Squadron of the 7th Fighter Regiment operating at a very empty Pacov-Kámen Air Base some time before 17 June 1965, when this aircraft crashed near Brná, only 2 kilometers south of the base, killing its pilot, Kpt. Jiří Kubat. The cause was later attributed to spatial disorientation.

The airfield was likely still in use during Warsaw Pact exercises in the 1980s. It was abandoned after the fall of Socialism in 1989 however, although the airfield did receive runway markings and an ICAO-code. 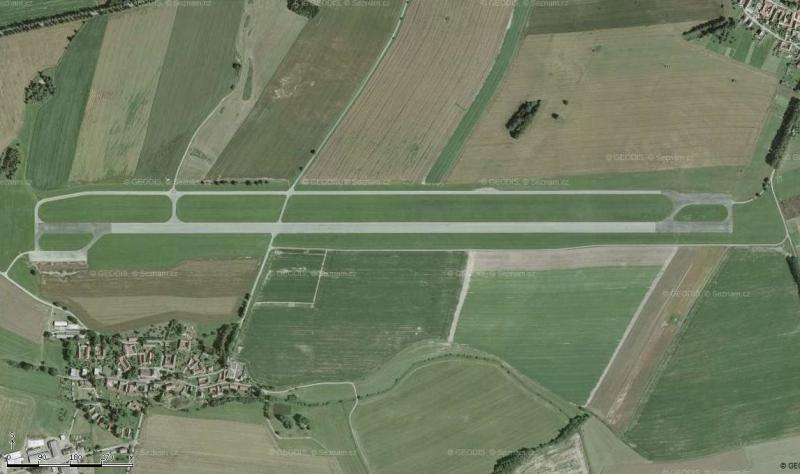 The abandoned airfield in 2006 (fortifikace.net) 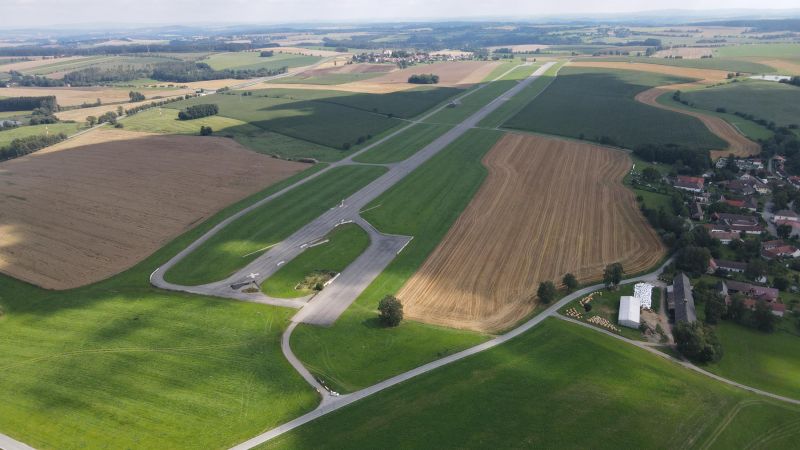