The emergency highway airfield Kessin-Kavelstorf (german: Autobahn-Abschnitt Kessin-Kavelstorf) was an emergency airfiled 185 kilometer north-northwest of Berlin.
It was built after much delay by the former German Democratic Republic (Deutsche Demokratischer Republik) during the construction of the A19 autobahn in 1973/1974 and intended for use by the National Peoples Army (german: Nationale Volksarmee or NVA)

A lot has changed at the location since the reunification of Germany. The runway was built over by another Autobahn in 2001. The A-20 crosses the former runway about midway and its fly-over has 'cloverleaf'-type connecting roads. An aircraft parking and taxitracks are still located on the north and east side of the runway, about 800 meters north of the A20 fly-over. 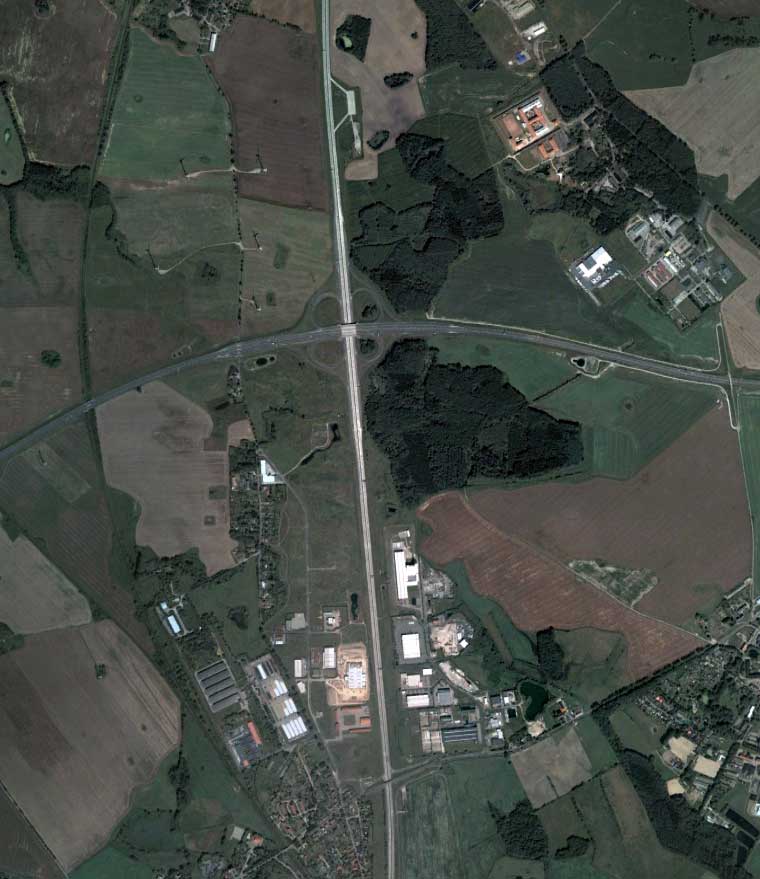 The remains of Kessin-Kavelstorf in 2004 (Google Earth)