Krusheva airfield was an airfield located 55km west of Pristina.
The airfield was constructed primarily for the former socialist state-owned agricultural company Agro-Kosova in the late 70s and early 80s. It was one of 18 such airfields, all sharing common features like their runway dimensions, which in most cases have a length of approximately 450 m and width of 18 m.
In 1987, the Yugoslav authorities at the time approved the plan to extend and expand all these airfields, resizing them to 600 meters in length and 21 meters width. This plan also provided infrastructural improvements. This plan was not implemented however.
The airfields were mainly used by Agro-Kosova for aerial agricultural application. These airfields were extended in such a way so as to meet the needs of all regions in Kosovo.
During the breakup of Yugoslavia in the 1990s, the aeronautical sector, especially general aviation, did not develop at all. All existing airfields in Kosovo degraded from the beginning of the 1990s. Even agricultural planes that were owned by the socialist-owned enterprise Agro-Kosova were taken to Serbia during the withdrawal of Serbian regime from Kosovo in 1999.
After the war, the main priority of the international presence in Kosovo, which was responsible for the Kosovo airspace, was the functioning of commercial aviation and operation of Prishtina International Airport, leaving next to no effort on other airfields.

The Krusheva airfield ground is of solid material, but the asphalt needs to be repaired or re-paved before it can be used again. Agricultural land approaches the runway threshold. In the middle of the runway passes the road which enables access to the arable lands around.
As a result of the replanting of arable lands, the ground on the west side of the runway raises up to 50 cm. In the north-east, around 550 m from the runway, there is an antenna of around 30m in heigth. Also, in the north-west part are two transformers and a damaged facility. 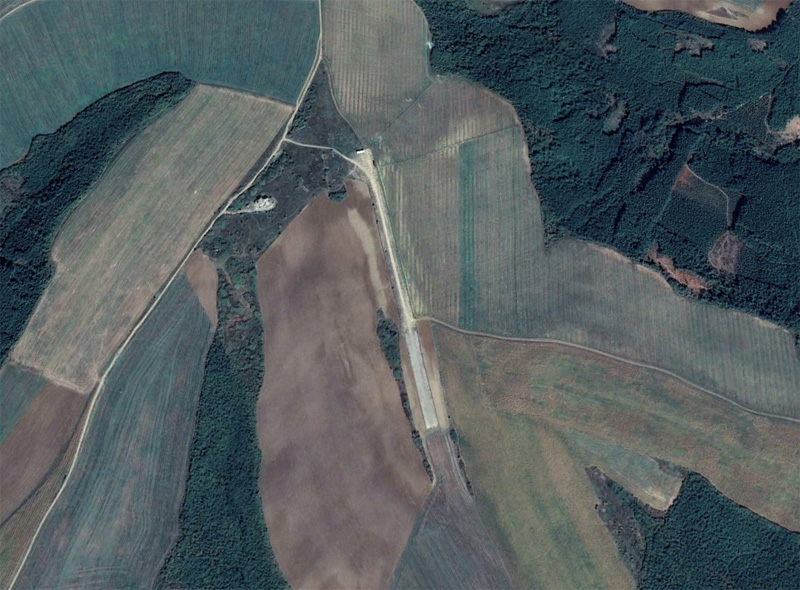 This airfield, in the current state, may be made operational with a minimal investment. The airspace, in which the airfield is located, is very suitable for general aviation activities.
However, in the north-east is a 30m high antenna, which may form a dangerous obstacles and impede potential aerial activities.