Kubbe airfield (Flygfält Kubbe, also known as Flygbas Kubbe, Fält44 Kubbe or F44 Kubbe, ICAO:ESNI) was an airfield 470 kilometer north of Stockholm.
The airfield was built in the late 1950s and opened in 1960 as a BAS60 airfield.
The airfield was relatively unknown, even to the Swedes, because it was exclusively used by the armed forces. 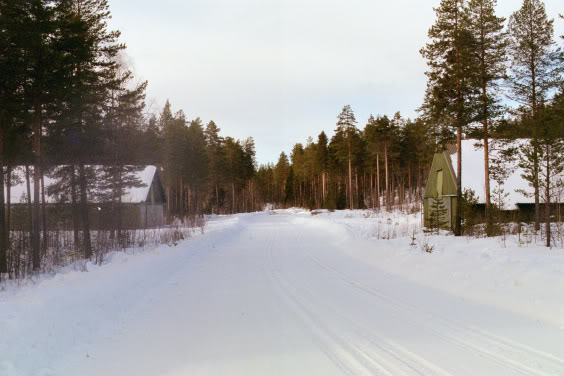 Abandoned hangars, photographed in the winter of 2006 (forum.soldf.com). 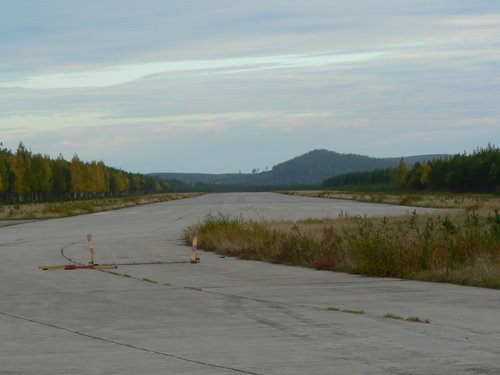 
Kubbe was upgraded to BAS90 standard in the early 1990s in order to make use of the short airfield performance of the Saab37 Viggen and Saab39 Gripen.
Having received 4 runways, the base had become one of the largest in the Swedish Air Force.
With the collapse of the Eastern Block ands the Soviet Union however, the base was abandoned as part of an armed forces restructuring in the late 1990s.
The base is now occasionally used for motorsports events. 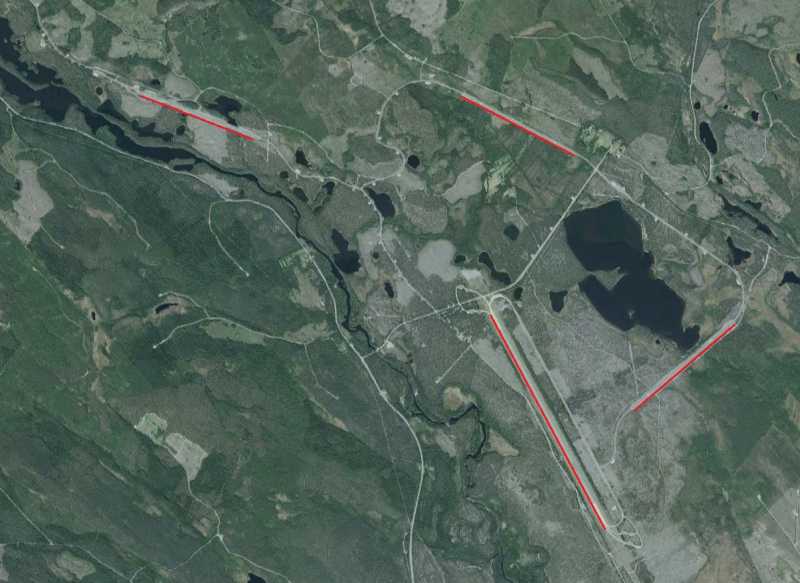