Lavielle A19  (Advanced Landing Ground A19 Lavielle) was a temporary Allied airfield located 245km east of Paris.
The airfield was constructed by the IX Engineering Command, 818th Engineer Aviation Battalion US Air Force.
Like many ALGs, the airfield was very short lived: It opened on 14 August 1944 and closed on 7 September 1944.
The 370th Fighter Group, operating P-38 Lightning fighters, was based at La Vieille from 15 August though 6 September 1944.

Personnel and support facilities were housed in tents. An access road was built to the existing road infrastructure. A dump for supplies, ammunition and gasoline drums, along with a drinkable water facility and minimal electrical grid for communications and station lighting was set up. 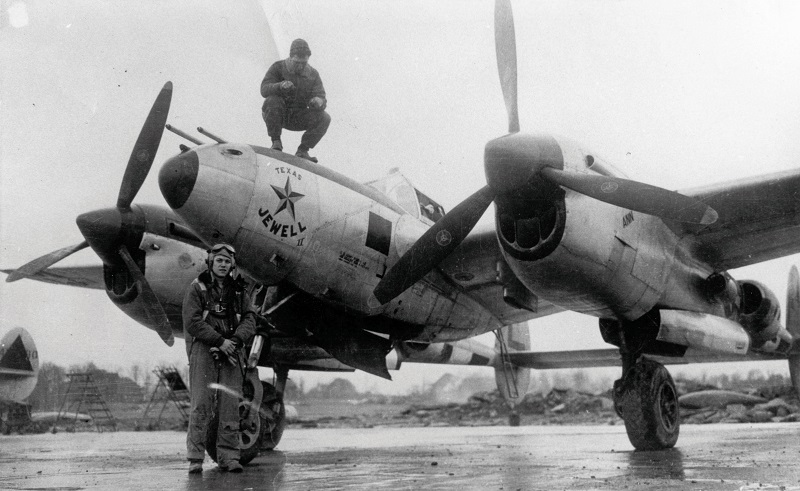 The fighters flew support missions during the Allied invasion of Normandy, patrolling roads in front of the beachhead, where they strafed German military vehicles and dropped bombs on gun emplacements, anti-aircraft artillery and concentrations of German troops in Normandy and Brittany when spotted.
After the Americans moved east into central France with the advancing Allied Armies, the airfield was closed on 7 September 1944. The following year it was returned to farmland. 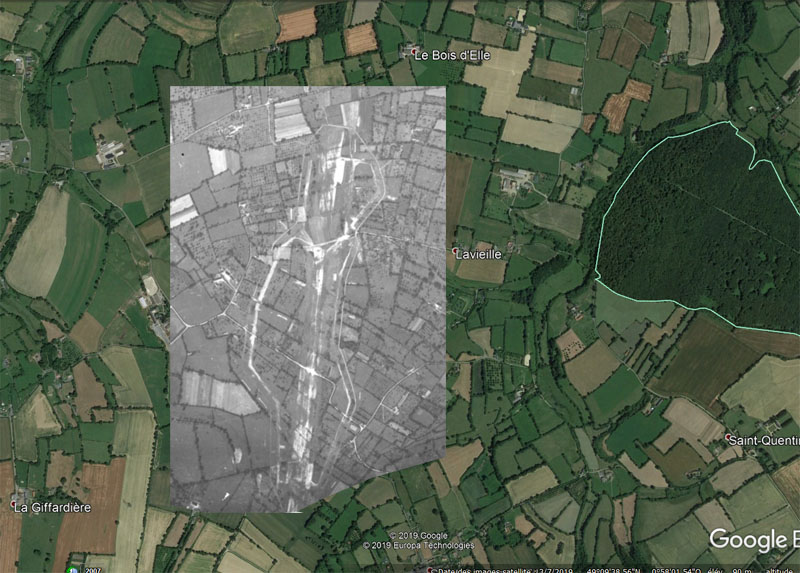 Composite photo of 1944 and 2020 where the airfield was located. (Google Earth and igngouv.fr)

Today the airfield is indistinguishable from the agricultural fields in the area.