Air field Lesina was a semi-permanent airfield located approximately 1mi/1,5km west of the Lesina exit on Autostrada A14, Apulia, Italy
The airfield was built early in 1944 by the United States Army Corps of Engineers with a single PSP runway, as part of the Foggia Airfield Complex, a series of World War II military airfields located within a 25 mile (40 km) radius of Foggia.
It had extensive taxiways and hardstand parking areas to the east of the runway, a large personnel area and a wooden control tower.
Additionally it had a small platform, capable of holding 3 C-47 Skytrains, immediately west of the runway.
The airfield opened in February 1944 and from March, it became home to the 325th Fighter Group (317th FS, 318th FS and 319th FS) of the 15th Air Force.

A unit with C-47 Skytrains was also stationed at the airfield, with parkings to the southern and extreme eastern dispersals.
One of the fighter groups, the 1st Fighter Group, received two YP-80A jet fighters (serials 44-83028 and 44-83029) sent to the theater for a brief operational testing ("Project Extraversion") in early 1945.
Although the jets were marked for combat operations with easily identifiable tail stripes and the letters 'A' and 'B' on their noses, and flown on two non-operational sorties by the 94th FS, neither saw combat before the end of the war.
The final combat operations were flown in September 1945 and the airfield closed soon after. 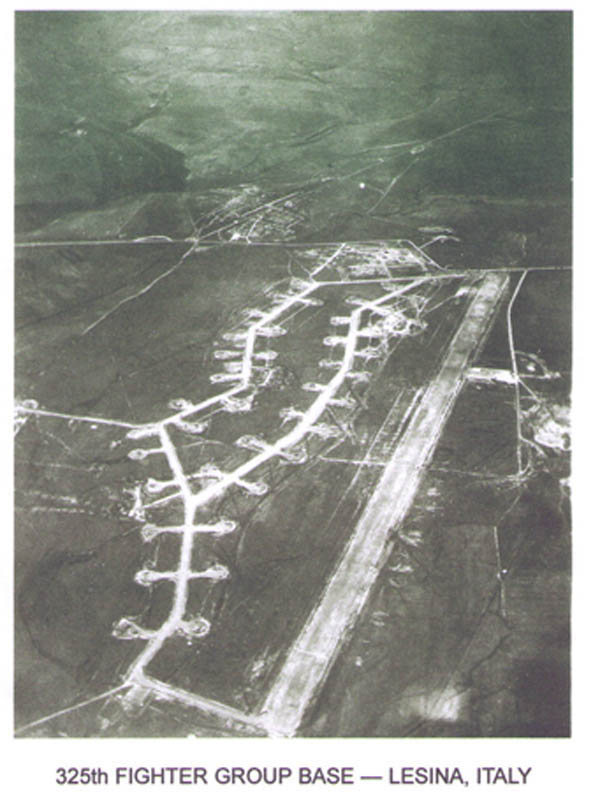 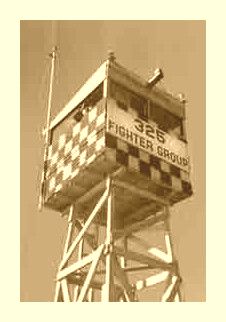 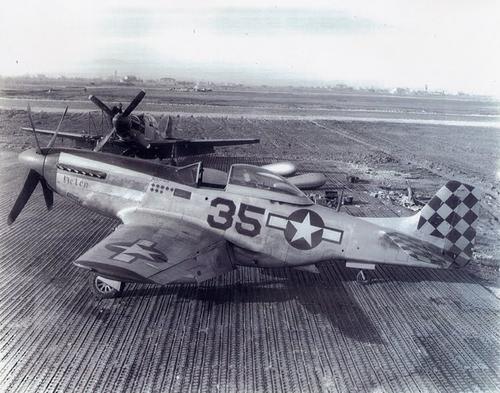 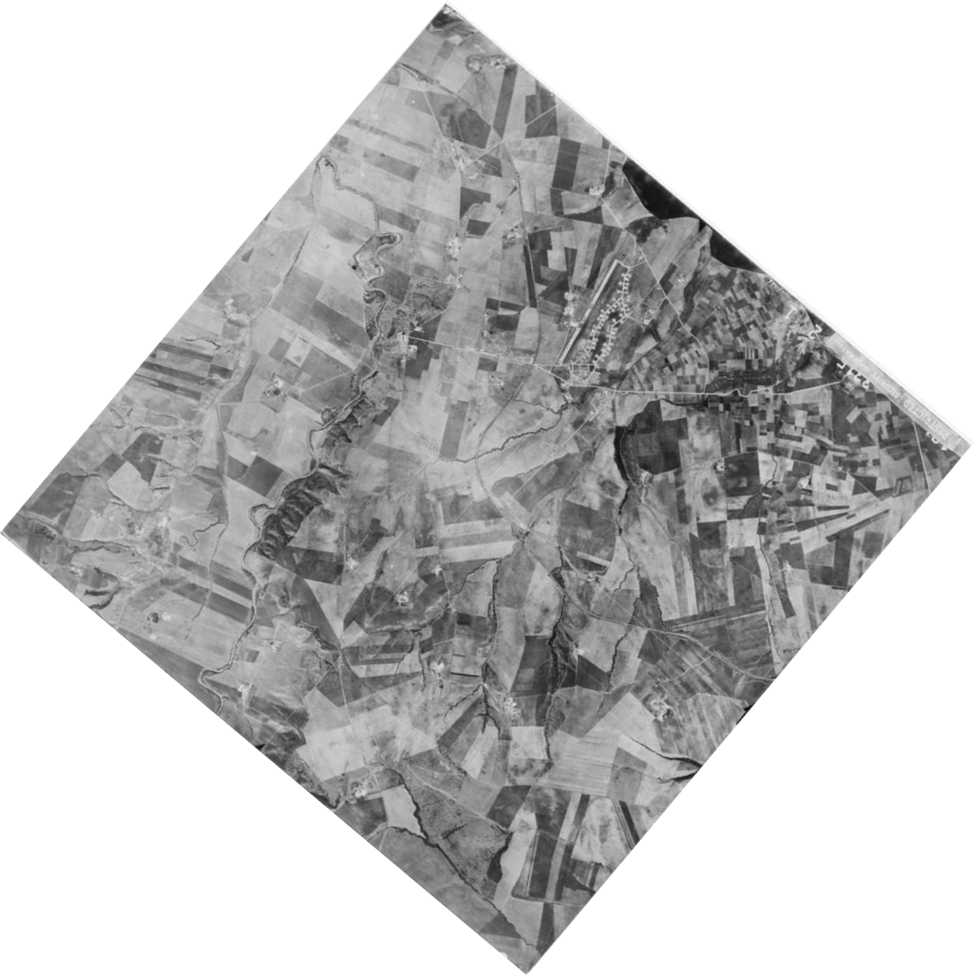 Lesina airfield and the surrounding area in 1945 (photo via Pinuccio d'Angelo). 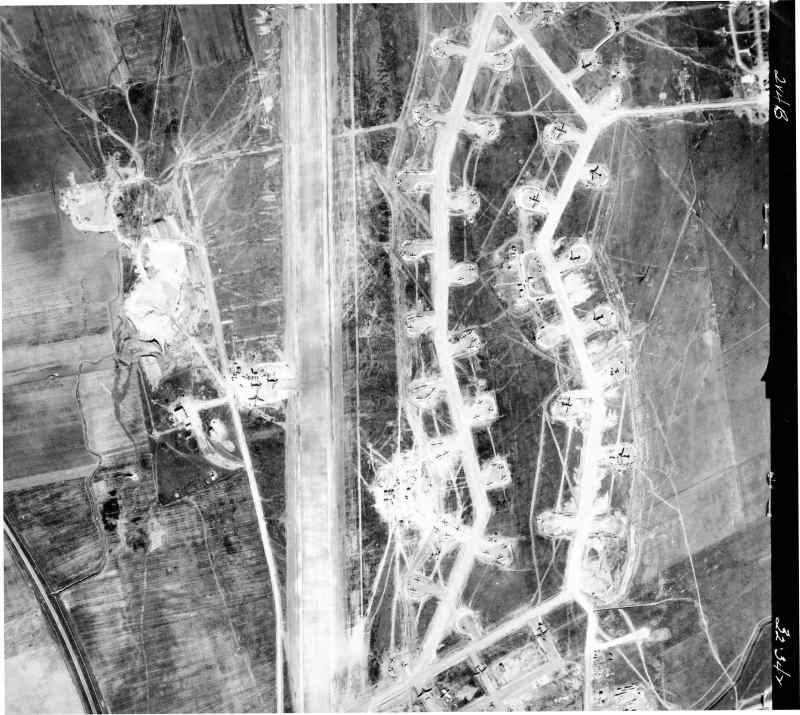 This overview shows the dispersals of Lesina with a total of 60 P-51s and 15 C-47s parked on them, as well as the wreckage of an unidentified multi-engine aircraft near the southernmost C-47 (Mark Boyd, from the photo album of his father, Lt. Emmett W. Boyd, 301st BG - 32nd BS). 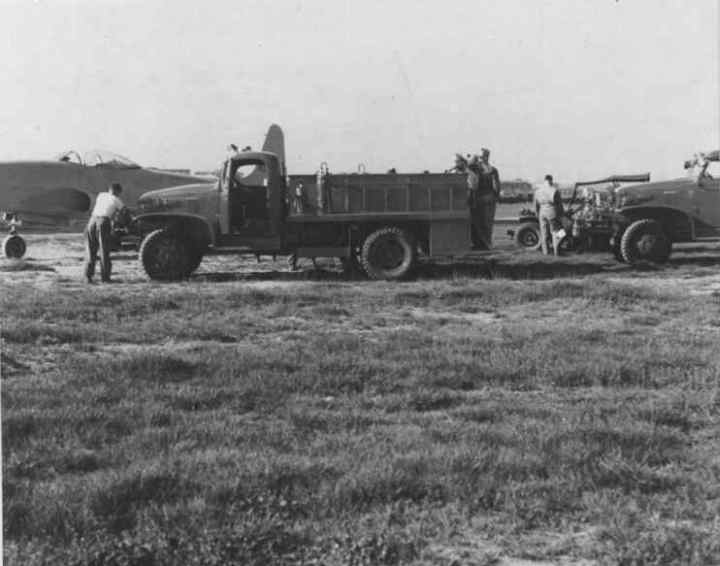 Two YP-80As were sent to Italy as part of Project 'EXTRAVERSION'. One (44-83028 or 029) is seen here at Lesina, while attached to the 1st FG. The aircraft were in Italy for a field evaluation only and flew no operational sorties. Both aircraft returned to the USA (USAF photo).

Today the former airfield is an agricultural area with little or no evidence of its existence. The location given on Wikipedia is incorrect, as is the claim that the main runways is now used as a local farm road. The correct location and how it was found can be read here. A wonderful photobook from one of the Lesina pilots can be viewed at Ace1945.com.
In early 2014, the city counsil of Lesina passed legislation to honor the 325th FG. They formed a committee to overlook the development and construction of a monument to remember the airfield and its units. 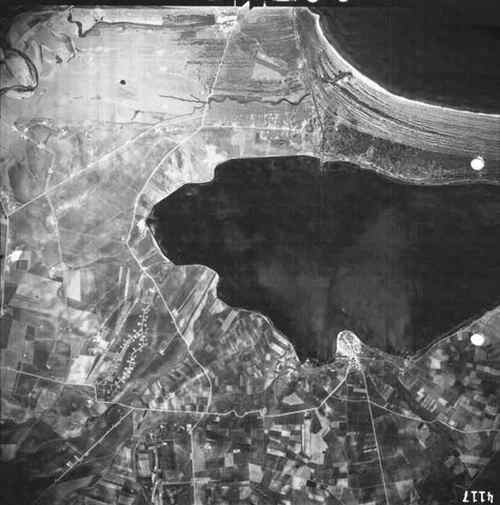 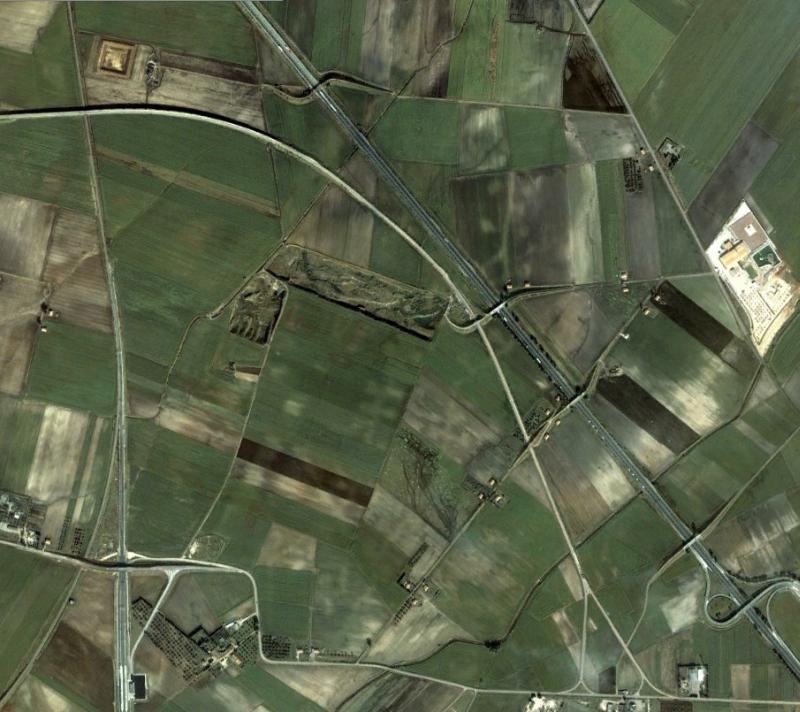 Lesina in 2003. Notice the dispersal area immediately north and south of the A14 Autostrada (highway). The runway is faintly recognisable (Google Earth). 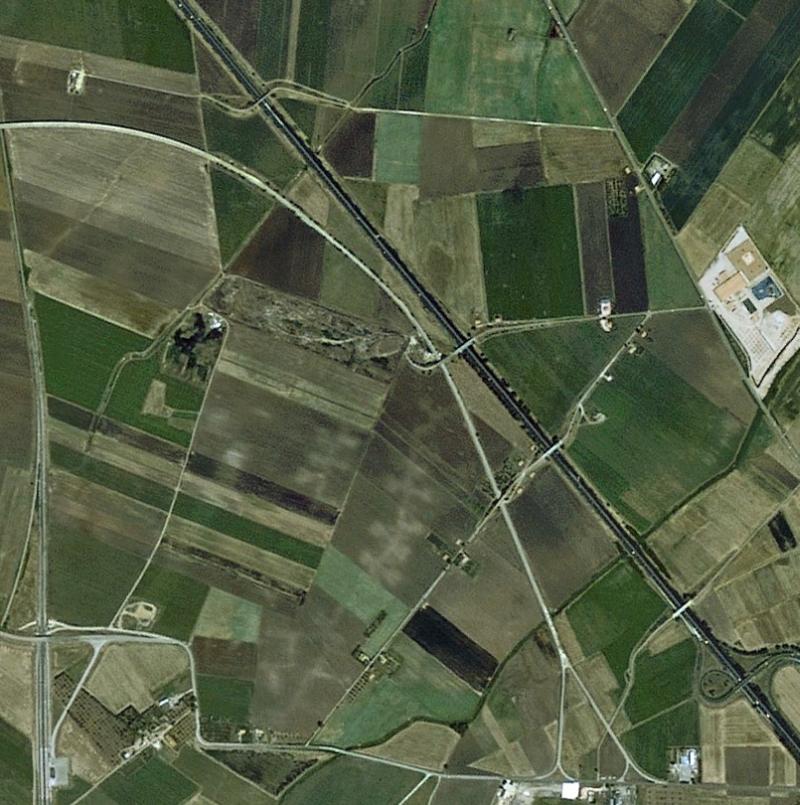 Lesina 2008. The outlines of the dispersal north of the Autostrada are overgrown, but a whole new area has shown up to the south.
The runway is faintly recognisable (Google Earth).
contact us about this airfield