Lessay airfield (French: Aérodrome de Lessay or Aérodrome Charles Lindbergh, also known as Advanced Landing Ground A-20 'Lessay', ICAO LFOM) is an airfield southeast of Lessay on the Cotentin peninsula in Normandy, France.
According to French sources the airfield opened in December 1923. On 4 June 1927 the airfield was used by Charles Lindbergh as his final stop in Europe, before boarding a ship in Cherbourg for his return to the United States. It is not clear what happened at the airfield between 1928 and April 1944. In April 1944, elements of the Fs.Jg.-Regt. 6 (Fallschirm-Jäger-Regiment 6, or Para Regiment 6) were tasked with defending the airfield.
After it was captured from the Germans, the airfield was completely rebuilt by 830 Engineer Aviation Battalion between 1 and 25 August 1944. It was planned to reopen as a medium bomber base and became operational on 25 August. 323 Bombardment Group (Medium) flying B-26 Marauders were based at the airfield until 24 September. After the bombers left, the airfield closed on 28 September 1944. The grounds were then returned to the french authorities. 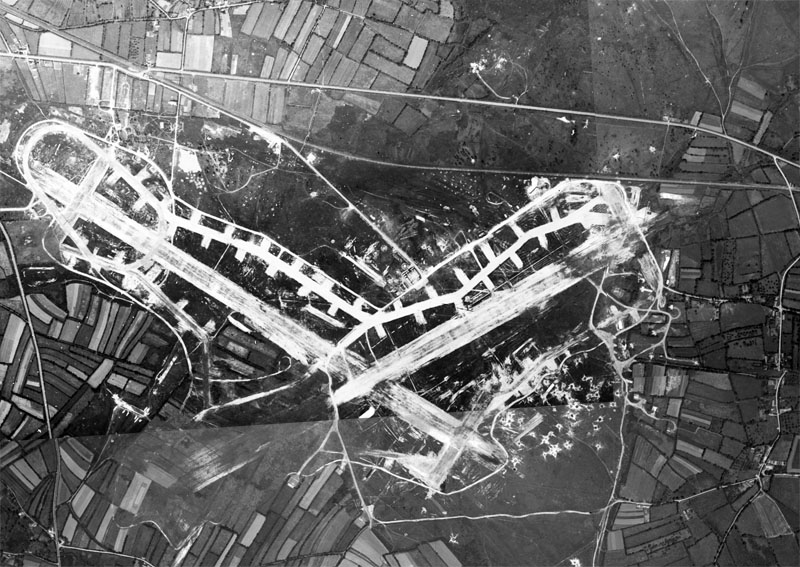 Lessay, photographed by IGN in 1947. The airfield still clearly shows the signs of the military use, such as the dispersals. Also, notice the oval shape on the west side of the airfield, which remains visible throughout the airfields history

Unlike most other ALGs in Normandy, Lessay was not closed and returned to farmland, but instead it remained open. In 1980 the airport was named after Charles Lindbergh. Some time between 1978 and 2007 the airfield lost one runway and the remaining runway was shortened. Lessay in 1965, 20 years after World War II had ended. While the airfield still had two runways, they were notably shorter. The oval shaped taxitracks of 1947 are no longer part of the airfield, but they remain visible (IGN). 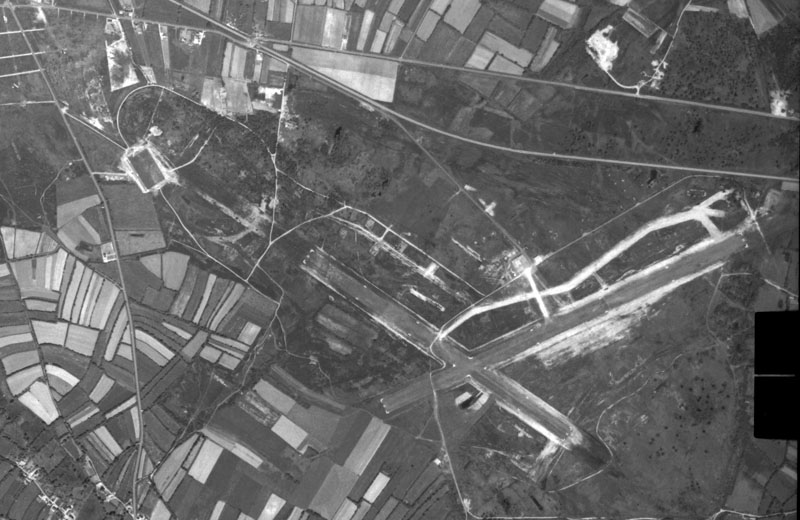 Lessay, 1968. Only minor changes compared to 1965, although the first signs of the breaking up of the oval begin to appear (IGN) 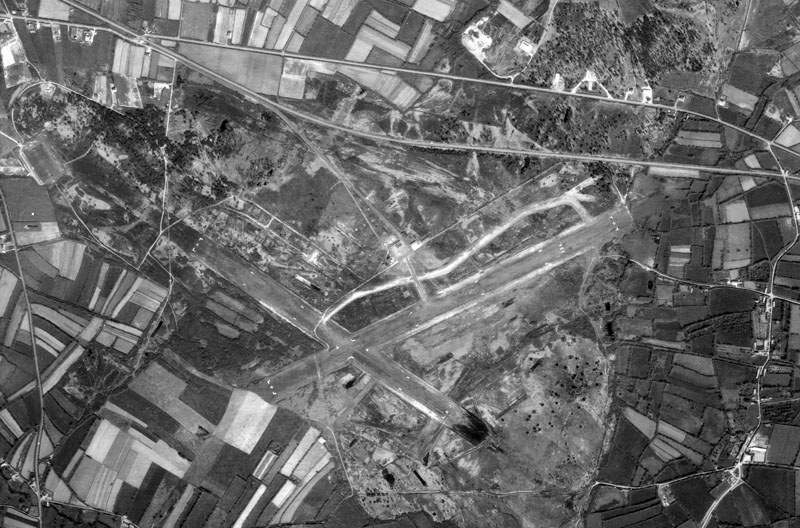 Again, few changes when this photo was taken in 1971, although the oval - whilst still recognisable- is beginning to fade (IGN). 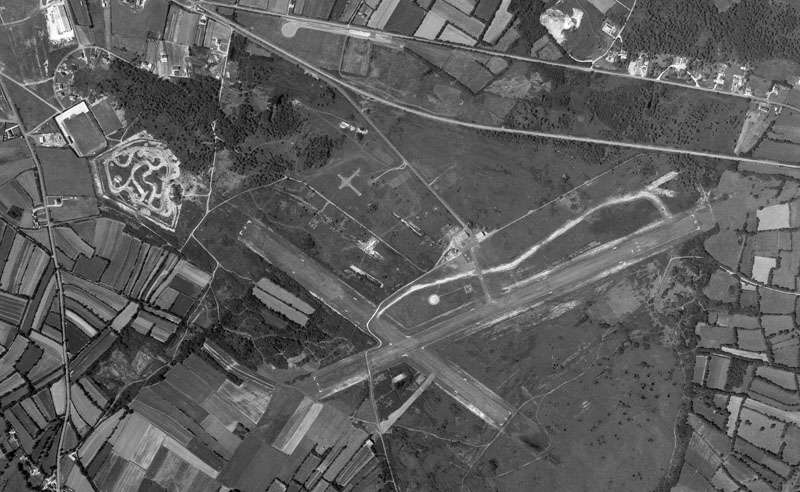 In this 1978 photo a small radio control airfield has appeared and the oval is even less clearly defined. Its southern half is now completely erased by the presence of what apears to be a dirtbike racing track. The airfield has gained a parachuting circle and a communications board north of the intersection of the runways (IGN). 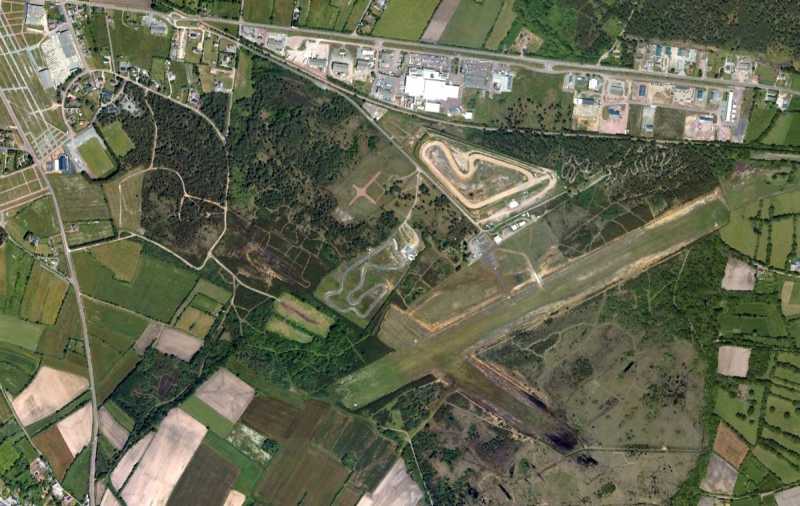 Lessay in 2007. Notice that the oval has now become part of town and the dirtbike track was relocated onto the 13/31 runway, which is now closed (Google Earth).