Lignerolles A12 (Advanced Landing Ground) was a temporary Allied airfield located 240km east of Paris.
The construction of the A12 American Airfield by the 820th Engineer Airfield Battalion began on July 6th 1944. A12 was the fourth aerodrome completed by the 820th Engineer Airfield Battalion since arriving in Normandy.
The work of these units was very risky because of proximity to the front line, which was sometimes even within firing range of enemy artillery and at other times it became the target of aerial bombardments.
In spite of being under fire, A12 'Lignerolles' was finished in 12 days.

The 362nd Fighter Group arrived on July 18, 1944. The squadron equipped with P47 Thunderbolts remained stationed until August 10, when the 365th Fighter Group succeeded him. In early September 1944, it was the 34th Wing of the Royal Air Force that settled on the A12. 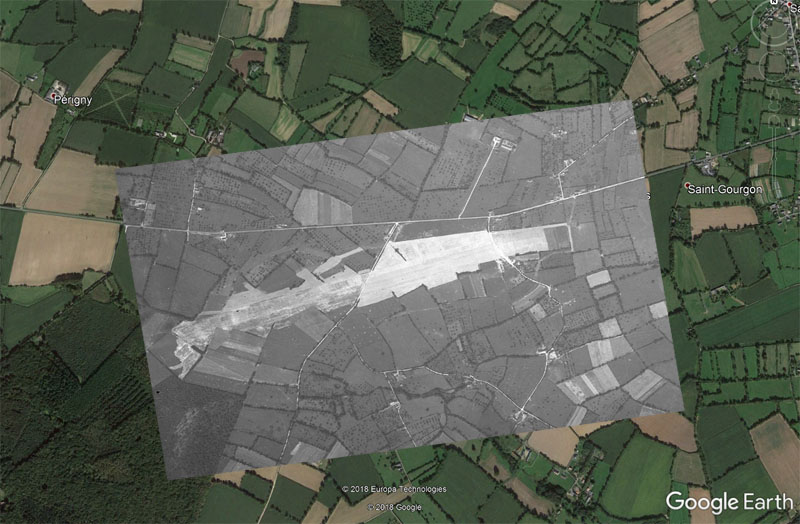 Composite photo of the airfield with a aerial photo taken in 1947.

There is not much historical document on this aerodrome because it was operational only 3 months from July 18 to November 4, 1944.