Lindarängens airfield (swedish: Lindarängens flyghamn, also known as Stockholms flyghamn or Lindarängens flygplats) was an airfield for seaplanes in Stockholm.
The airfield was built in 1919.
It had already seen irregular service from 1920, but it became a regular airport in 1920 when Svensk Lufttrafik began opereating.
Initially, activities focused on mail flights , but later in the 1920s passenger flights became more frequent.
The flight harbor was acquired by the city of Stockholm in 1923, which transferred responsibility for operation to the Kungliga Svenska Aeroklubben (Royal Swedish Aero Club).
In 1928 the city took over responsibility for the airport by means of the Flyghamnsstyrelsen (Flight Harbour Board).
During the 1920s, World War I German flying ace Hermann Göring intermittently served as a pilot in Sweden and Lindarängen.
The fact came to attention especially after he made ​​his career in the German Nazi Party to became the notorious head of the German Luftwaffe.
He had come to Sweden in the summer of 1919, and became involved in the then newly established airline Svenska Lufttrafik.
During the first half of 1920, he was employed as a pilot for the company.
It was during this time that Göring met his future Swedish wife Carin von Kantzow.
In the spring of 1925 Göring moved to Stockholm-Lindarängen, where he worked for a few weeks as a pilot of the Norwegian airline company DNL between Stockholm and Danzig (Gdansk).
On 6 August he was admitted to Stockholm for his morphine dependence.
Air traffic peaked in the years before Bromma was inaugurated in 1936, with about 1300-2400 departures per year and 8173 passengers in 1934. Possibly piloted by Hermann Göring, Dornier 'Wal' I-DIAR was sold in 1926 to Lufthansa, where it received registration D862 and the name "Sägefisch" (Sawfish). 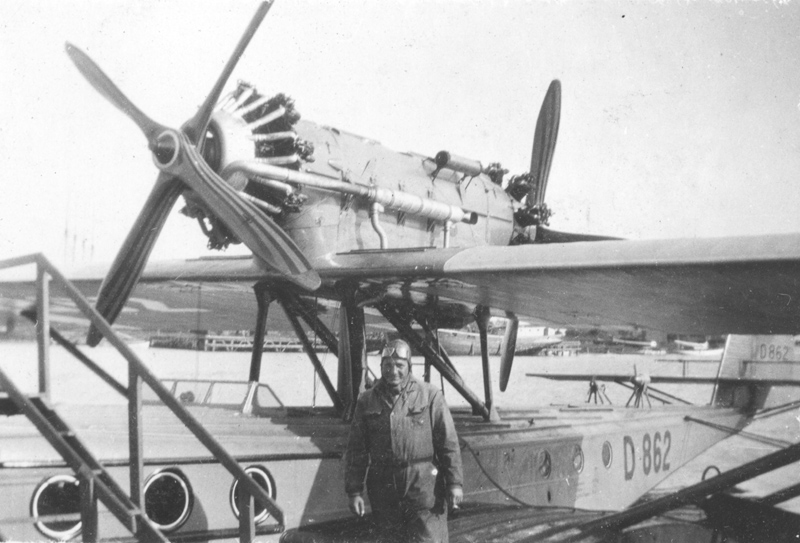 Dornier 'Wal' D862 at Lindarängen in 1929. According to this swedish forum the pilot in the photo is listed as Hermann Göring. 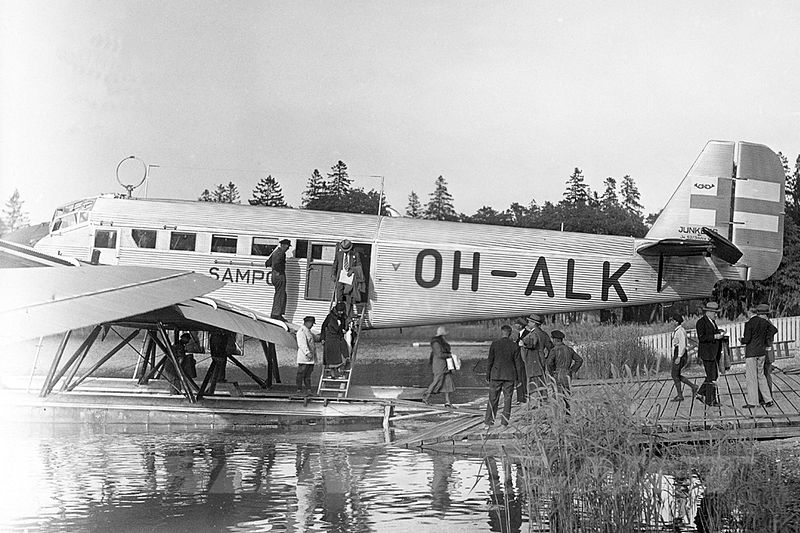 Passengers disembarking from a Finnish Ju-52/3m-See in the 1930s (Wikipedia). 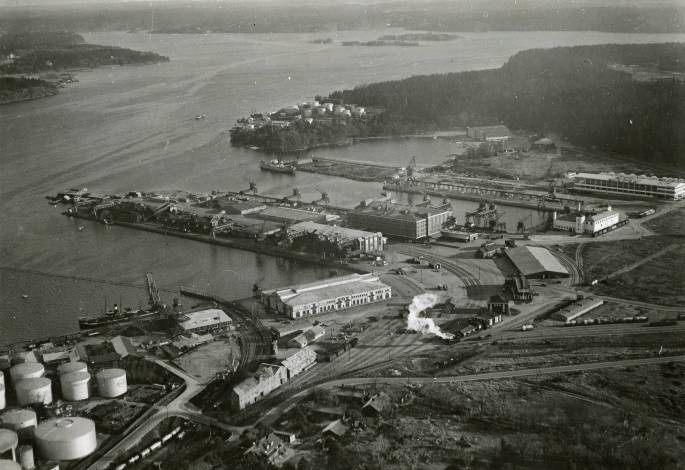 Stockholm-Lindarängen in 1930 (photo from Volker Böhme via email).


During World War II the flights stopped almost completely, but the airport had a final brief upsurge after the war.
By 1952, however, the seaplane had played out its role in commercial aviation and the airport was closed. 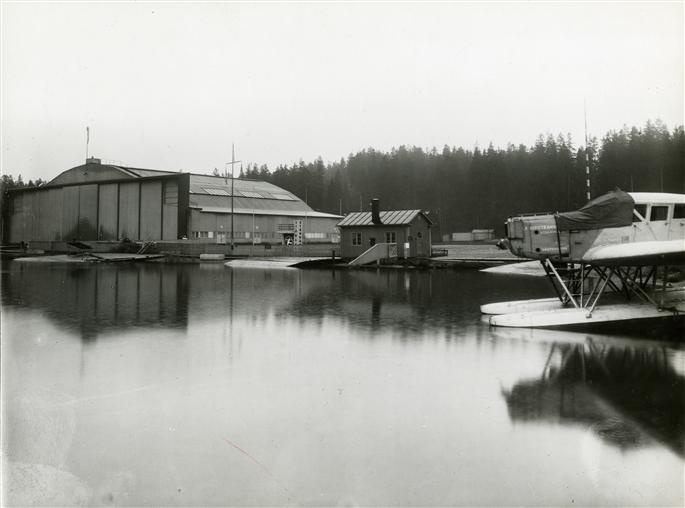 The airfield somewhere in the 1930s (Stockholm City Archive, via stockholmshamnar.se). 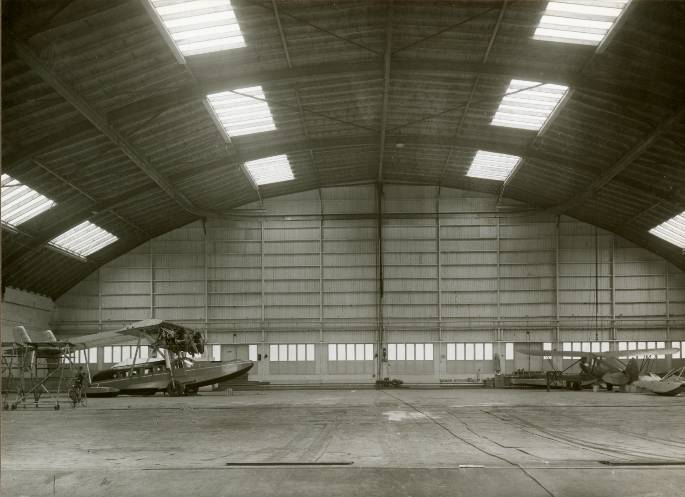 The inside of the hangar. The Sikorsky S-38B on the left is possibly SE-AKN, which was registered in Sweden between 1934 and 1936 (Stockholm City Archive, via stockholmshamnar.se).


In the 1960s the harbour was filled to allow a container terminal to be build, which opened in 1971.
Only one airfield building remains.
The hangar, built in 1931, was used as a winter ice rink, the 'Ice Palace' (Ispalatset), the country's first indoor arena for hockey, curling and figure skating.
Today the building is heritage listed and found on the modern container port, since 2009 serving as a heat storage. 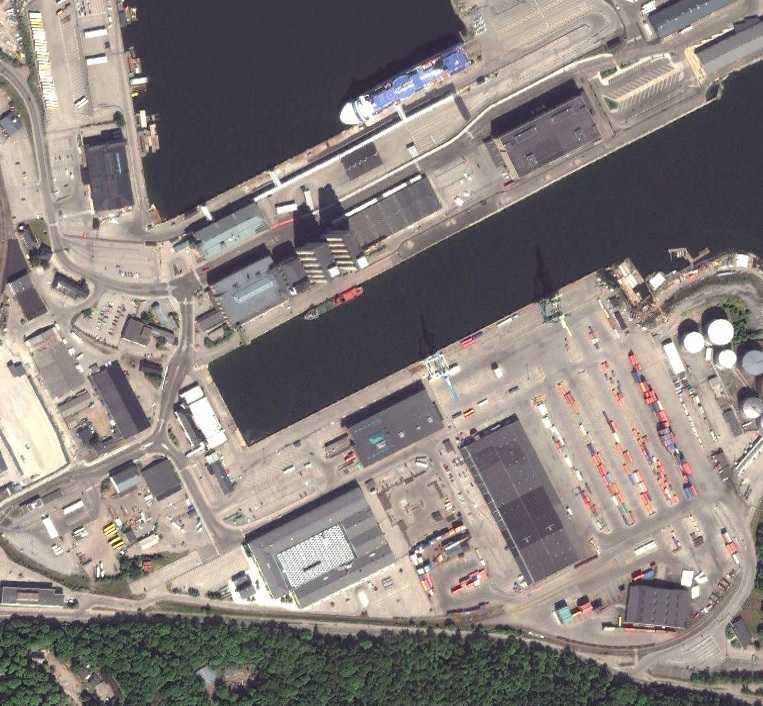 The site of the former airport. Only the hangar (lower right corner) remains (Google Earth).