Llanbedr airfield (also known as RAF/RAE/T&EE/DTEO/DERA Llanbedr, ICAO: formerly EGOD, now EGFD) is a former RAF airfield in northwest Wales
The airfield was opened in 1941 as a RAF Fighter Command airfield. It was a base for aerial gunnery training and home to 12 Fighter Gunnery School. After World War II it became a base for target drone services, mostly over the Cardigan Bay, but also off the Hebrides and occasionally overseas. 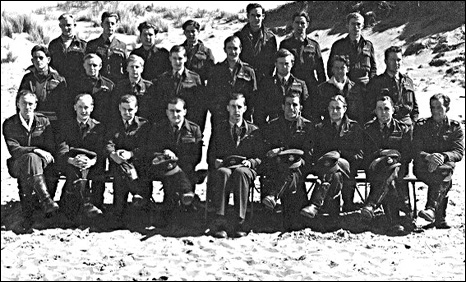 The airfield was known as RAF Llanbedr until 1957, when it became Royal Aircraft Establishment (RAE) Llanbedr. From 1957, the airfields operations were slowly civilianised, but it remained a defense installation. It began operating Jindivik remotely piloted target drones. The drones were usually 'shepherded' by RAE jet aircraft such as Meteors or Sea Vixens. A Canberra bomber was assigned to launch Stiletto target drones. It also held a secondary role as a dispersal airfield for the RAFs V-bomber force.

A Handley Page Hastings on the apron in front of the hangars in December 1968 (© Copyright John Lomas on Geograph.org.uk) 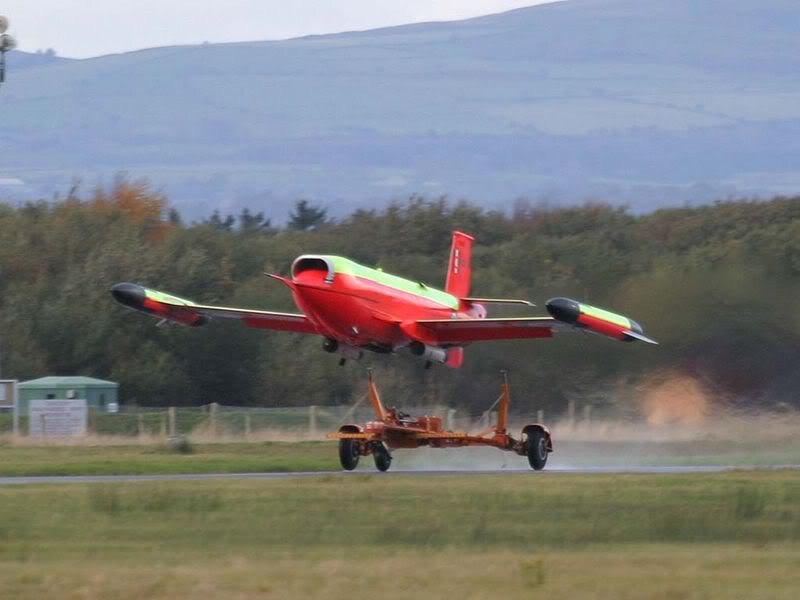 A Jindivik target drone immediately after release from its launch cart (Ian Bache, via AirfieldResearchGroup). 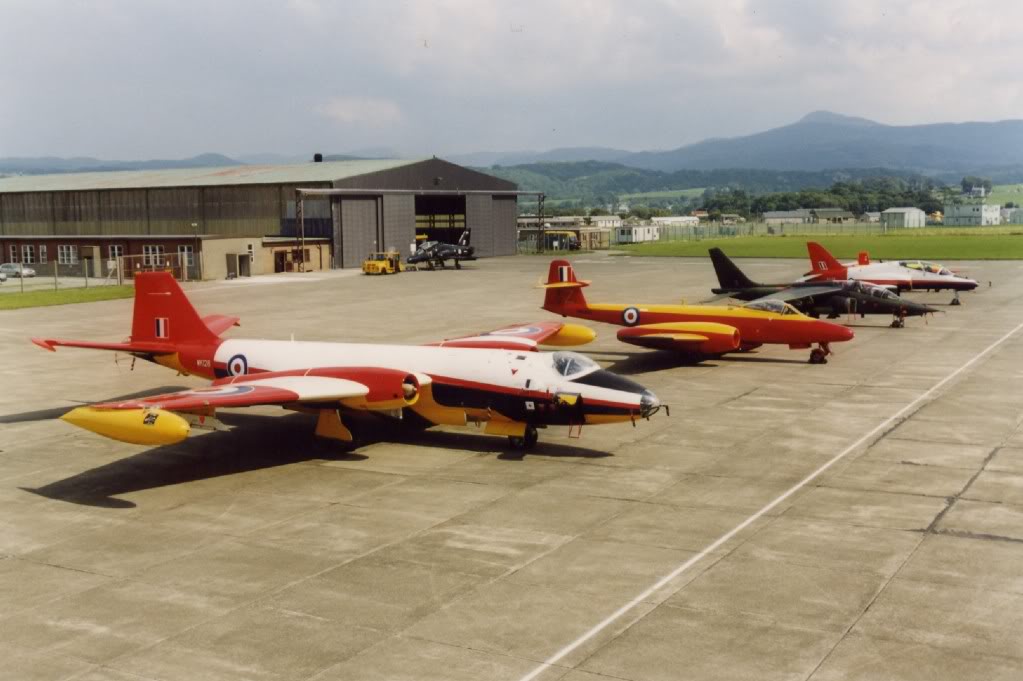 2002 photo of a line up of aircraft still working out of DERA Llanbedr. Front to rear: An English Electric Canberra, a Gloster Meteor, an AlphaJet, a BAe Hawk and just visible behind the Hawk is the tail of a Jindivik target drone. In front of the hangar is an all black BAe Hawk (via AirfieldResearchGroup).

Llanbedr was then transferred to the Welsh Assembly Government. Attempts to reopen the airfield are meeting with stiff opposition from the Snowdonia Society. The society argues that a commercial airfield would go against the key aims of the Snowdonia national park to protect the landscape and give enjoyment to the public. The local population welcomed the plans to reopen the airfield, however. The site was available for a 125 year lease to an operator with adequate skills, experience and financial strength.

Aerial overview of the closed airfield in 2009. Notice the large X's on all three runways, to indicate the airfield is closed (Google Earth). 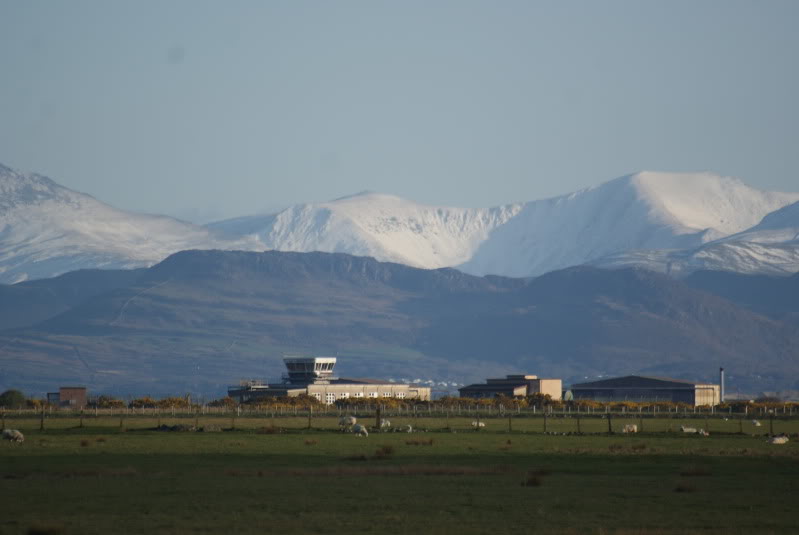 In the fall of 2014, ten years after the facility was closed, it reopened as a civilian airfield, with a new ICAO designator. Oddly enough, one of the first operators at the airfield was Qinetiq, who are testing UAVs at the airfield. Their arrival did not go unnoticed: briefly before the airfield reopened, protesters (apparently not too familiar with Llanbedr's history with UAVs) painted slogans on the runways to protest the planned arrival of Qinetiq's 'drones'. Since reopening however, the airfield has seen a remarkable number of military aircraft returing to the now civilian airfield.
In the winter of 2016 for instance, the Army Air Corps used Snowdonia Aerospace Centre (Llanbedr Airfield) for their annual mountain flying training programme, operating five Squirrel helicopters from the airfield.