Lodrino airfield (German: Flugplatz Lodrino, italian: Aeroporto di Lodrino, ICAO: LSML) is a small airfield 140 kilometer southeast of Berne.
The airfield was built in the 1920s. In July 1930 it was the starting place for Italian anti-fascist Giovanni Bassanesi, who flew to Italy to drop 150,000 anti-fascit leaflets. He was arrested when he broke a leg during an emergency landing in the St. Gothard pass and expelled from Switzerland.

The airfield became a millitary airfield in 1940 and received the necessary installations to make it function from 1941 onwards. A 800x40m paved runway was built in 1943. By 1944 the airfield had grown to 238,000m. sq and featured 4 type U-43 shelters and an aircraft repair shop.

During the 1980s Lodrino became an important logistics base. It began supporting components of the F-5 Tiger in 1980. In 1988 it became the testing airfield for the Pilatus PC-9. A year later the engine overhaul center for the Hawk Mk66s Adour engine was opened at the airfield, along with the center for the engines of the Super Puma. In November 1991 Lodrino used the A-2 highway next to the airfield as a reserve runway for the first time. Hawker Hunters and F-5 Tigers landed and took off from the improvised airstrip for several hours..


Two minute video of Strada 91, when the Swiss Air Force used the A-2 highway next to the airbase as a runway for its fighters (YouTube)

Although it is still formally a millitary airfield, it only serves as an alternate landing ground for training flights. RUAG Aerospace still holds facilities at the airfield, but does not fly from it. Only model aircraft enthousiasts and a single helicopter operator make regular use of the runway. Additionally it was used for two airshows between 2000 and 2009. The tower was emptied by the Luftwaffe in 2010. 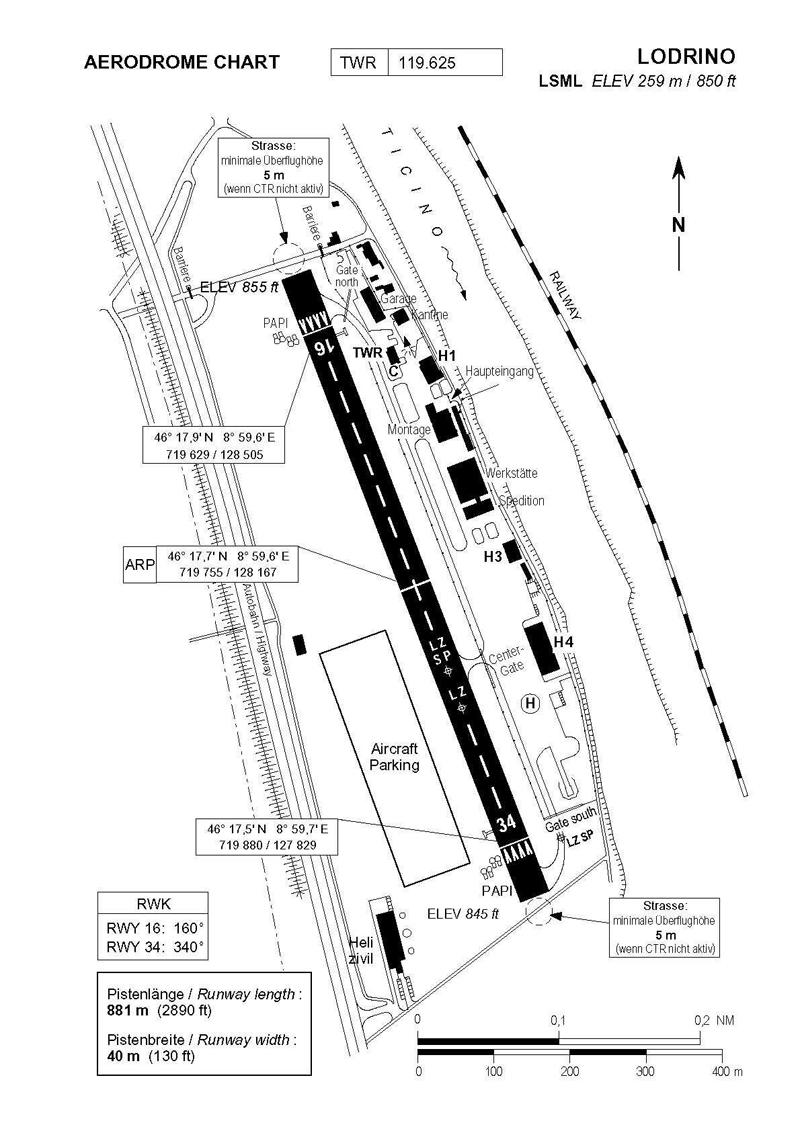 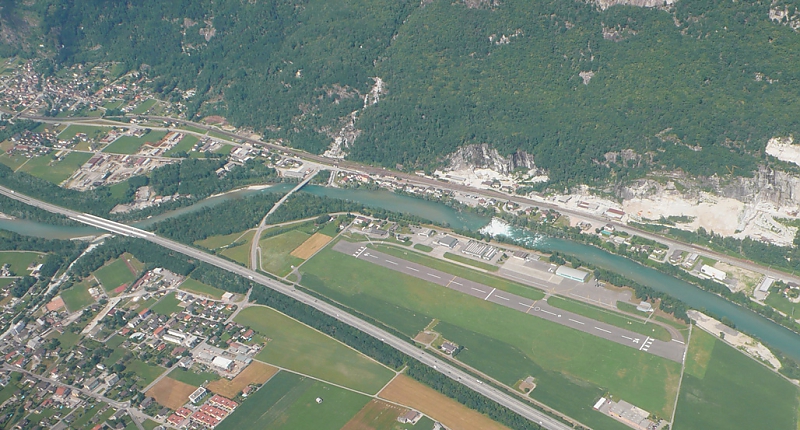 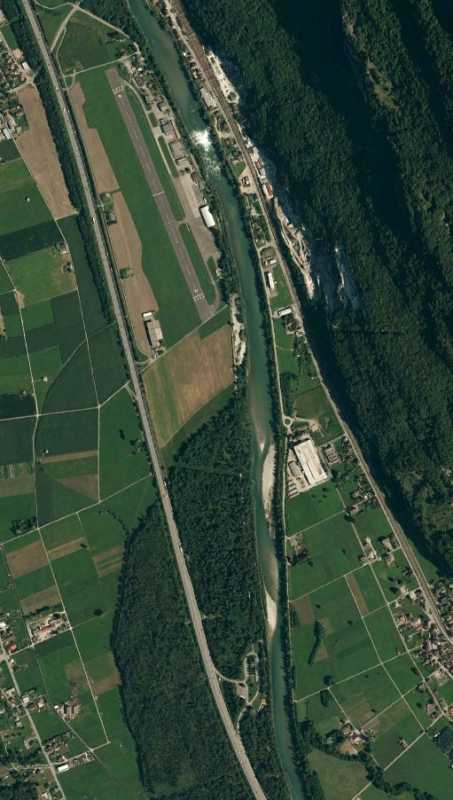 Lodrino and the Highway/runway in 2003. The parking area served as a dispersal (Google Earth)