48°05'55"N 000°27'12"E
runway: 12/30 - 1542x37m/5000x120ft - SMT/PBS
Lombron airfield (Advanced Landing Ground A-37 'Lombron', also known as aerodrome La Chapelle-Saint-Rémy) was an Allied wartime airfield 160 kilometers southwest of Paris.
The airfield was built between 18 August and 3 September 1944 by the 834th Engineer Aviation Battalion. It was actually very little used, but at least one unit temporarily settled at the base: P-47s Thunderbolts of the 405th Fighter Group. Although the airfield was not finished yet, advance parties of the Group were sent there with the remainder sent to Cretteville on 25 August. These P-47s remained at the airfield until 13 September 1944, when the much better equipped former-Luftwaffe field at Saint-Dizier (A-64) became available. Construction of A-37 "Lombron" in late August 1944 (PhotosNormandie, on Flickr) 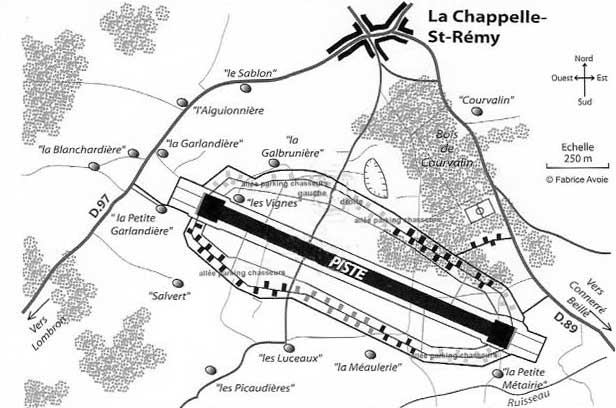 Map of the airstrip in 1944
The airfield was abandoned by the end of the month and returned to agricultural use. Nothing remains of the former airfield. 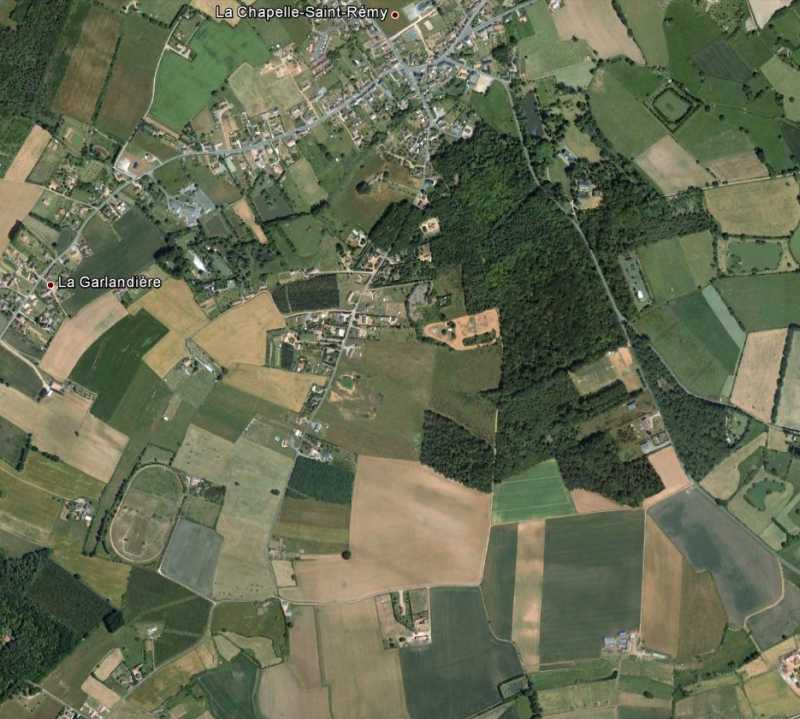