51°30'26"N 000°03'25"E
Runway: 10/28 - 500x...m - concrete
The London Redbull Airstrip in the London City Docklands area.
In 2007, it contained the ‘pits’ area for the race on waste land on the north side of Royal Albert Dock and London City Airport. Here, the Red Bull air race team built a new airstrip for the air race event, along with 7 hangars for the participating aircraft and helicopter pads along the runway. Oriented in parallel to London City Airport (LCY), but across the Royal Albert Dock, its short runway was marked RB10/RB28, with the RB obviously indicating 'Red Bull'.
The airfield would only be open during racing events and while the pilots and aircraft were flying in and out, London City Airport (LCY) would be closed. Red Bull press image of the temporary airstrip with the hangar tents and helicopter landing pads, including the famous Red Bull Bo-105 helicopter and a yellow airport fire truck (live-production.tv) 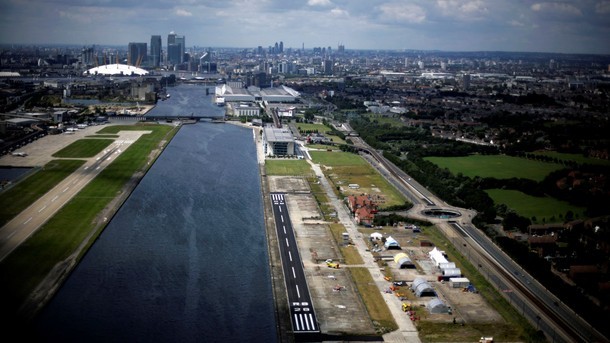 Overview of the airfield and its relative position to the London City Airport. 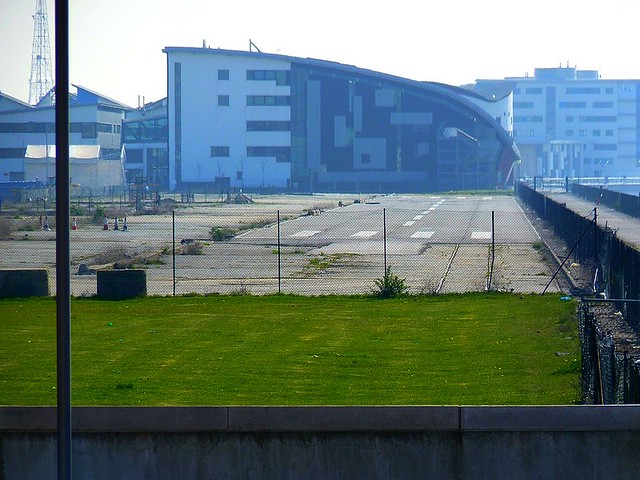 
Driving a car along the runway, which is fenced off on the port side! The video was taken in January 2016 and shows the airstrip to be still in considearble shape!