Airfield Maaldrift (Dutch: vliegveld Maaldrift) was an airport 2 NM (3 km) northeast of Wassenaar, near The Hague, Netherlands.
Maaldrift was extremely close to the construction site of airfield Valkenburg, by which it was eventually replaced. In spite of it's closeness to Valkenburg Maaldrift was actually older: it had been a diversion field for the KLMs Amsterdam-London line since the 1920s 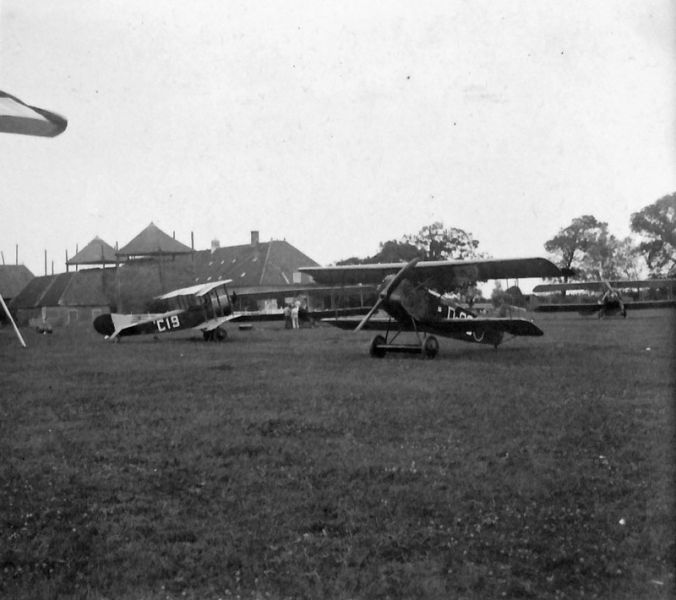 Maaldrift was the site of heavy fighting for control of Valkenburg during the invasion of the Low Countries by the nazis in May 1940. One of the Ju-52/3m aircraft that was destined for Valkenburg crashed at the airfield. 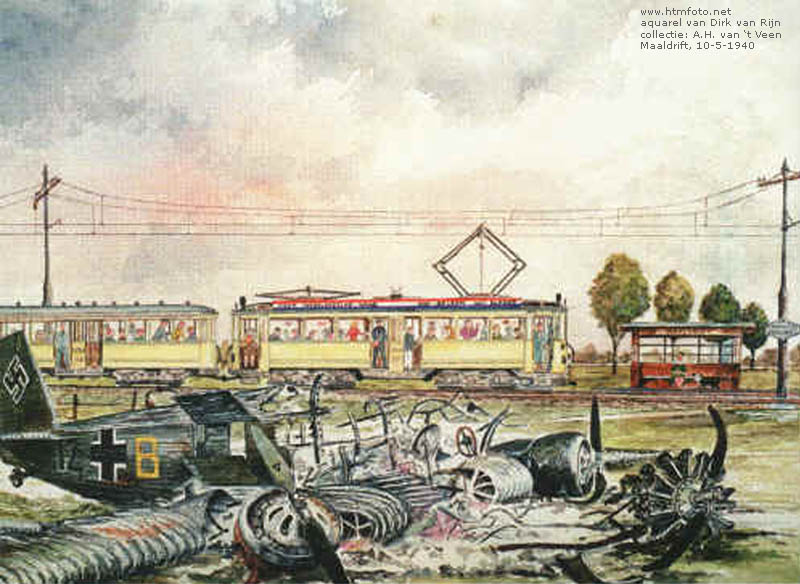 Impression of a crashed Ju-52m next to the Leiden-The Hague tramway in May 1940. (source).

After World War II, Maaldrift remained under control of the Dutch Ministry of Defense, but it was not reactivated as an airfield. Nearby Valkenburg, completed by the Germans and repaired by the RAF at the end of the war became the ares new airfield. 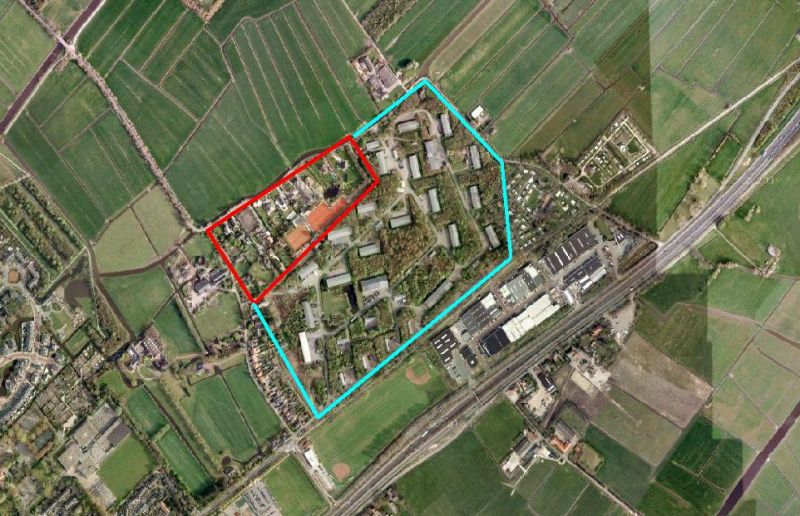 Airfield Maaldrift today: a tennis club (red) and a mobilisation complex (blue) of the netherlands army now occupy the site