Malden Air Base (also known as ALG B-91 or B-91 Kluis, in Dutch: Vliegveld Malden or Vliegveld 'De Kluis') was an allied air base near Nijmegen.
The airfield was constructed in just a few days by the British 23 Airfield Construction Group in March 1945. It was in use from 21 March 1945 until 20 April 1945

By the end of September 1944 Operation Market Garden (the notorious 'Bridge too Far') had drawn to a close. The plan to bring a rapid end to the war in Europe had failed, despite the great efforts and heroism of the allied forces involved. This left a salient in the German line centred on Nijmegen.
Two of the main reasons for the failure of the operation had been identified as:
1. inadequate flak suppression during the initial airborne landings, and
2. the absence of 2nd TAF air support during the bitter fighting that followed.
With the conclusion of the German Ardennes offensive (the "Battle of the Bulge") in January 1945, the Allies could once again plan to cross the Rhine. The overall plan was code-named 'Veritable', the airborne element 'Varsity'.
As a result of the lessons learned from the failure of Market Garden it was decided to build a landing strip in the Nijmegen area prior to the attack. It was designed specifically to provide a base for the Typhoon and Tempest squadrons of 2nd TAF (164, 183, 198, 609, 33, 222 and 274 squadrons) that had been selected to provide flak suppression for operation Varsity. They were later to be joined by a detachment of Gloster Meteor jets of 616 Sqdn for their first continental deployment. Within a few days the 23 Airfield Construction Group had completed a new landing strip to be known as B-91 (B=British) Kluis near Nijmegen. 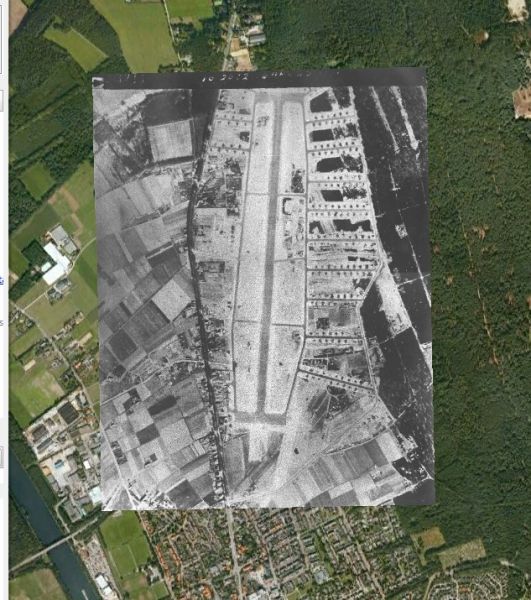 Malden Air Base (B-91) had one steel plated runway, shown here on an aerial photo of today 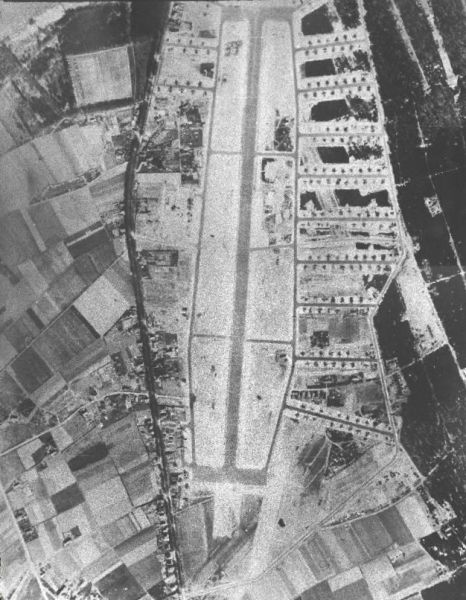 Aerial photo of Malden in 1945

During its short existence, the airfield was 'home' to over one hundred RAF fighters from 123Wing and 135Wing (84Group), including the Gloster Meteor Mk.III. Both wings had a ground support role and had followed the army though France and Belgium into the Netherlands, while hopping from temporary airfield to temporary airfield.

After the war it was used once, in early May 1945 by HRH Prince Bernhard in his personal small plane (probably his Stinson PH-PBB). After the war the airfield was dismantled, many of its PSPs ended up being used as fences by local farmers. It took about three years before farmers began using the land again, and as late as 1949 the outlines of the runway were still visible from the air.

(most of the story about this airfield has been reconstructed with the help of Mr Jaap Been's excellent research on these pages). 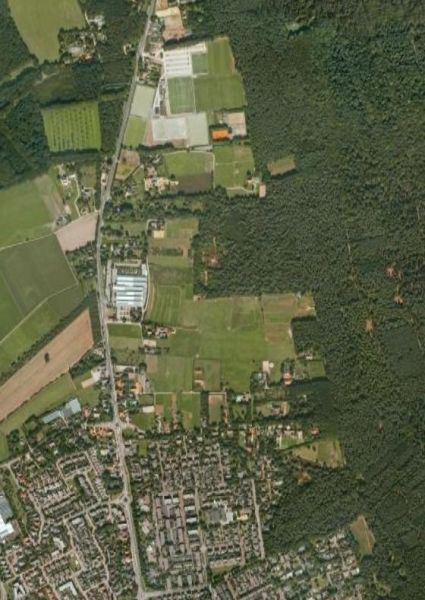 Today (2010) nothing remains visible from the airfield, although the area is still littered with wartime remains.