Manduria airfield (Italian: xxx, ICAO: LINM) was an airfield east of Taranto.
It was built in the 1930s for the Regia Aeronautica. During the early World War II years it was used mainly as a patrol base, it did not take part in the Italian invasion of Albania and Greece. It featured an irregular shaped flying field (4650x3900ft), 15 barracks, 3 workshops and a medium sized hangar. Just before the base was captured by the Allies in 1943 the Regia Aeronautica had 39 aircraft (fighters, medium bombers and transports) at the base. Because the Allies had never bombed it, the airfield only needed an upgrade to accommodate bombers. 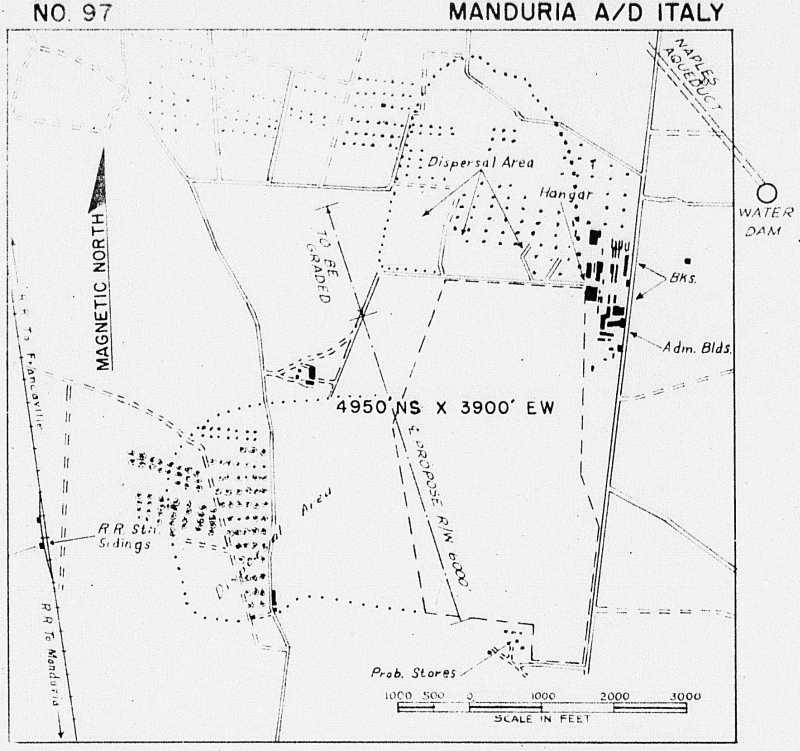 Manduria on a September 1943 map assessing the airfield for Allied use (AFHRC, via Reid Waltman)

Manduria relative to nearby towns on a September 1943 map assessing the airfield for Allied use (AFHRC, via Reid Waltman) 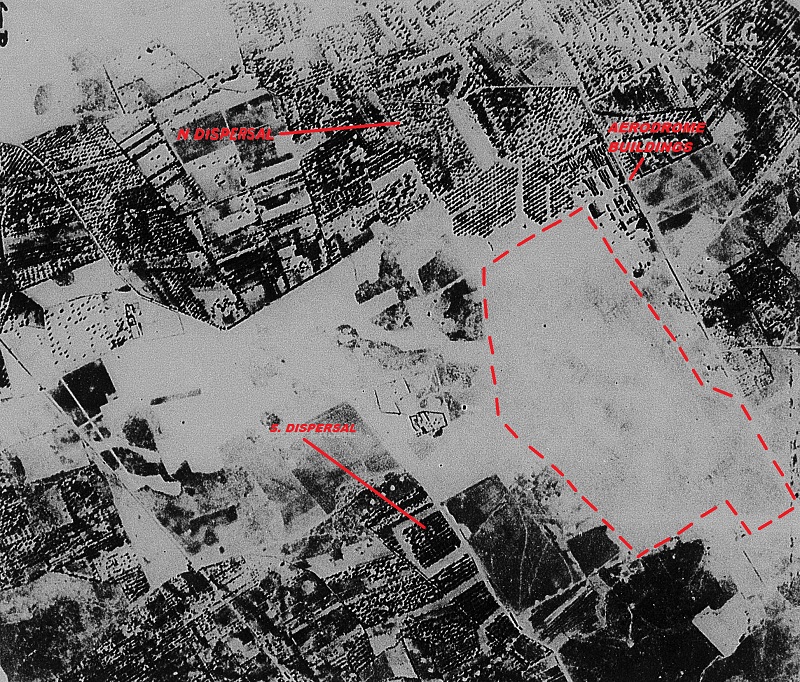 Copy of an aerial reconnaissance photo from a September 1943 report assessing the airfield for Allied use (AFHRC, via Reid Waltman)

The upgrade meant it received a hardened (PSP) runway and dispersals. After the upgrade it was used by the United States Army Air Force Twelfth Air Force and later Fifteenth Air Force B-24 Liberator heavy bomber airfield. The airfield then became HQ for the 47th Bombardment Wing (1 October 1943 until 15 May 1945). It also served as home base for the 68th Reconnaissance Group between November 1943 and their inactivation in April 1944. This Group conducted visual and photographic reconnaissance and weather reconnaissance missions in Italy, France, Germany, Austria, Hungary, and the Balkans. They also engaged in electronic-countermeasure activities, investigating radar equipment captured from the enemy, flying ferret missions along the coasts of Italy and southern France, and accompanying bomber formations to detect approaching enemy fighters.

Manduria seen from the air after having received its upgrade in 1943 (kitshow.net) 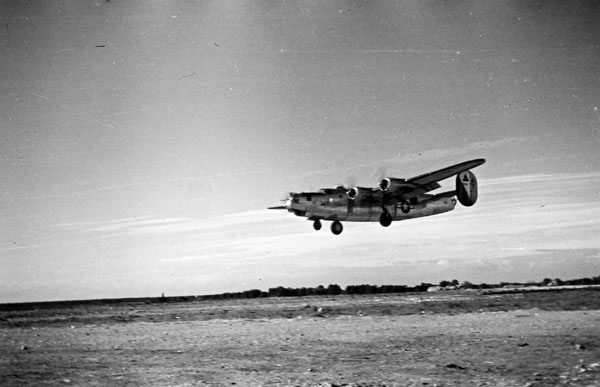 The Italians kept the base open after the War. It is not clear for how long however. A set of photos taken at the former airfield in October 2008 can be viewed at Flickr. In March and April 2011 the former airfield came back in the news, when the Italian Government announced that a tent city was to be built at the government owned location, to house over 1,700 'refugees' from North-Africa. Political events in Lybia and Tunesia were used by thousands of males of working age to 'flee' to the Italian island of Lampedusa. The island became seriously overcrowded, forcing the Italian government to set up camps on the Italian main land. 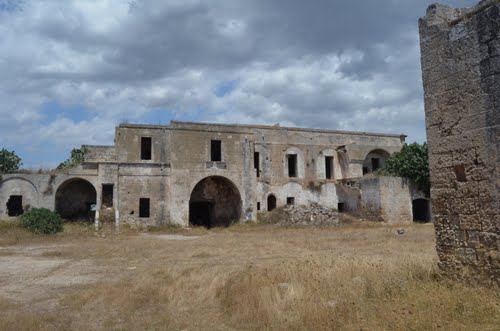 Masseria Schiavoni, the headquarters of the 450th Bomb Group during World War 2, photographed in 2011 (Daniele Raffanti).