Air field Mardyck (French: Aérodrome de Dunkerque-Mardyck, Dutch: Vliegveld Duinkerken-Mardijk, also known as Dunkirk-Mardick aerodrome) was an airfield west of Dunkirk, France.
The airfield was built in 1936 as a civilian airfield on about 72 hectares of property by the Club Aéronautique de Dunkerque with a hangar and a club house.
Following the declaration of war in 1939 the Armée de l'Air (French Air Force) took control of the airfield. In 1940 they requisitioned a strip of land west of the airfield to serve as an aircraft dispersal. The following units were stationed at the base: Groupe de Chasse (fighter group) GC I/4 from 10 January until 2 May 1940 and again from 10 May until 21 May with Curtiss H75s. Groupe Aérien d'Observation (Aerial Observation Group) n°501 from 10 November 1939 with Mureaux 115 and from 30 March 1940 also Potez 63-11. Groupe de Chasse (fighter group) GC II/6 from 11 April until 9 May 1940 with Ms406s.
Between 6 and 18 June, the units of the Armée de l'Air shared the airfield with 1 Sqn RAF -flying Hurricane Is- fighting to defend the evacuation of French and English troops trapped in the Dunkirk pocket. The French aircraft would eventually continue their mission from British soil. 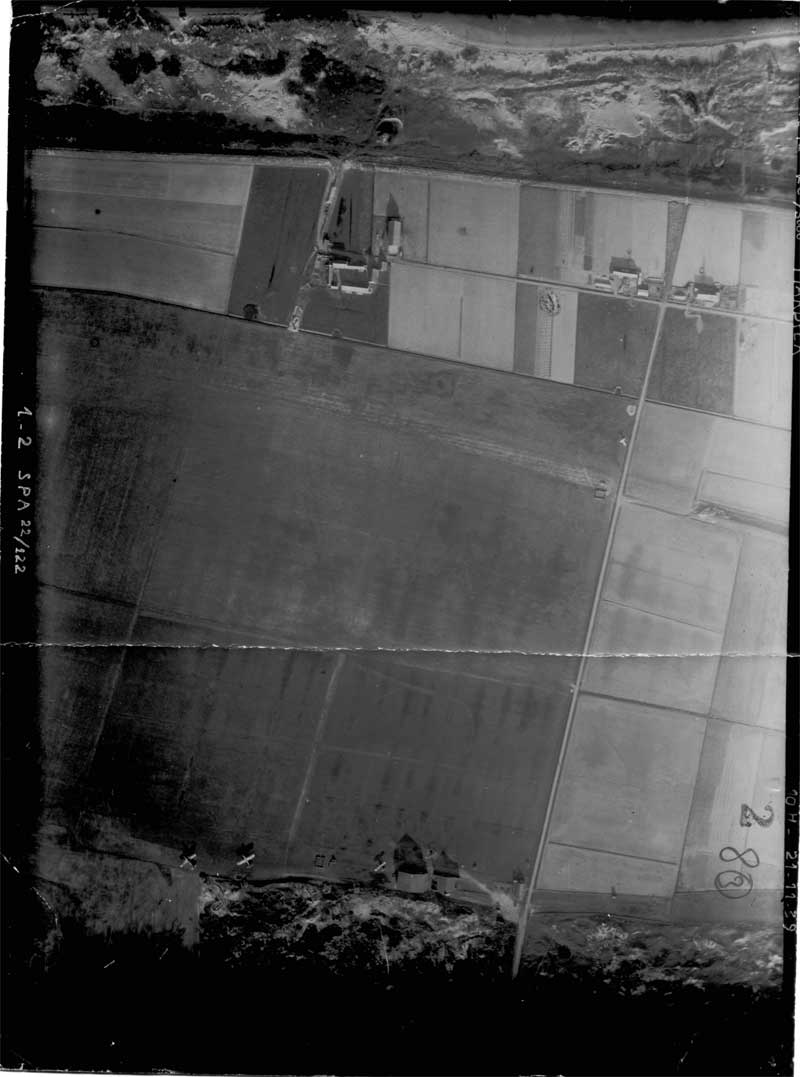 Mardyck airfield shortly after the airfield had opened in 1936 (photo FAF, Coll SGAC, via Jean-Valéry Masset)

After the war the airfield was rehabilitated to allow the use for civilian traffic. A lot of repair work had to be done: filling obstruction trenches and bomb craters and removal of mines. 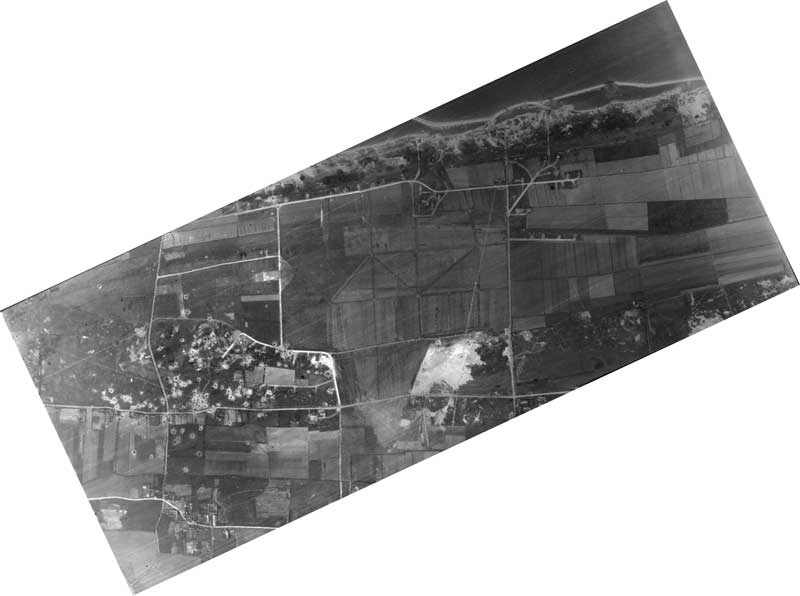 The results of a bomber attack on Mardyck can be clearly seen in this reconnaissance photo of the airfield, taken in 1944 (photo Royal Air Force, via Jean-Valéry Masset).

The reopened airfield thrived as a recreational airfield until it was forced to close by the approaching industrial build up area of Dunkerque in the 1960s. Its final three years it continued to operate on an ever decreasing patch of land as the port of Dunkrik continued to eat sections of the airfield away. 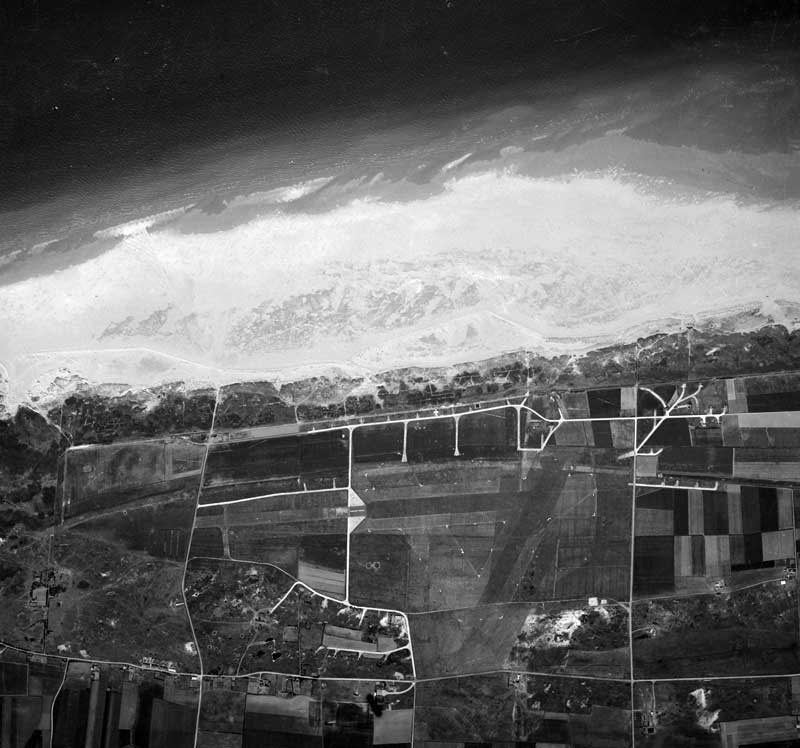 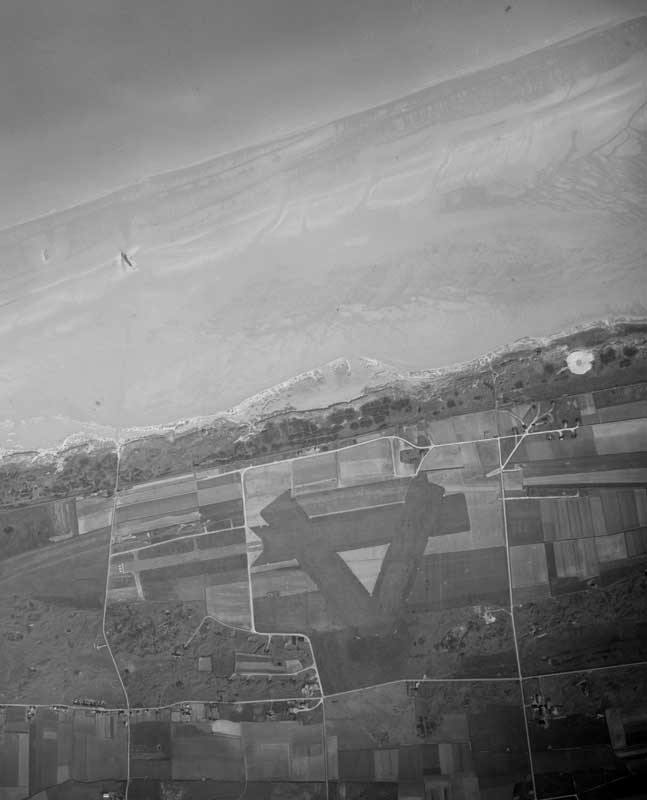 Mardyk, photographed on 22-03-1957. Notice the length of the 09/27 runway is considerably longer than the other two. The entire airfield was very close to the beaches of the English Channel (IGN.fr). 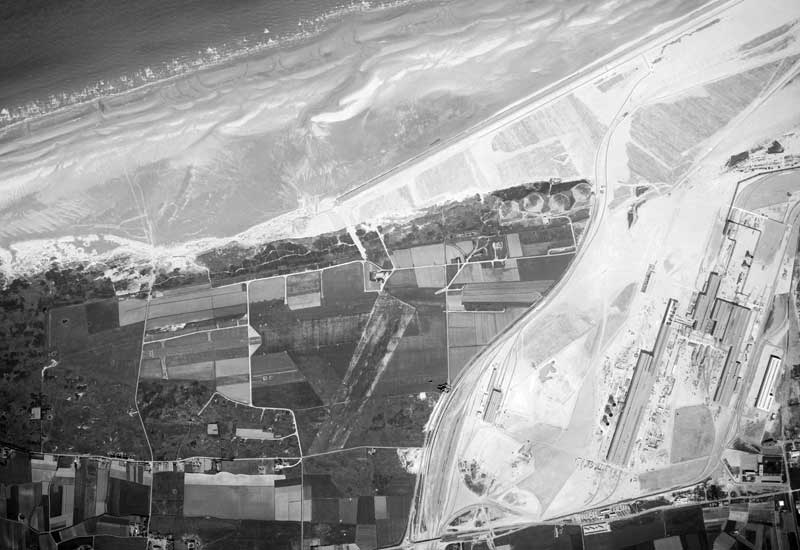 Mardyk, June 1963. The industrial zone that would eventually lead the the airfields' disappearance is creeping in from the east (IGN.fr).

Detail of the southwest side of the 1963 photo above. Clearly visible are the concrete part of the former German runway, still in use at that time. Also visible is a communications board south of the 09/27 and west of the 15/33 runways (IGN.fr). 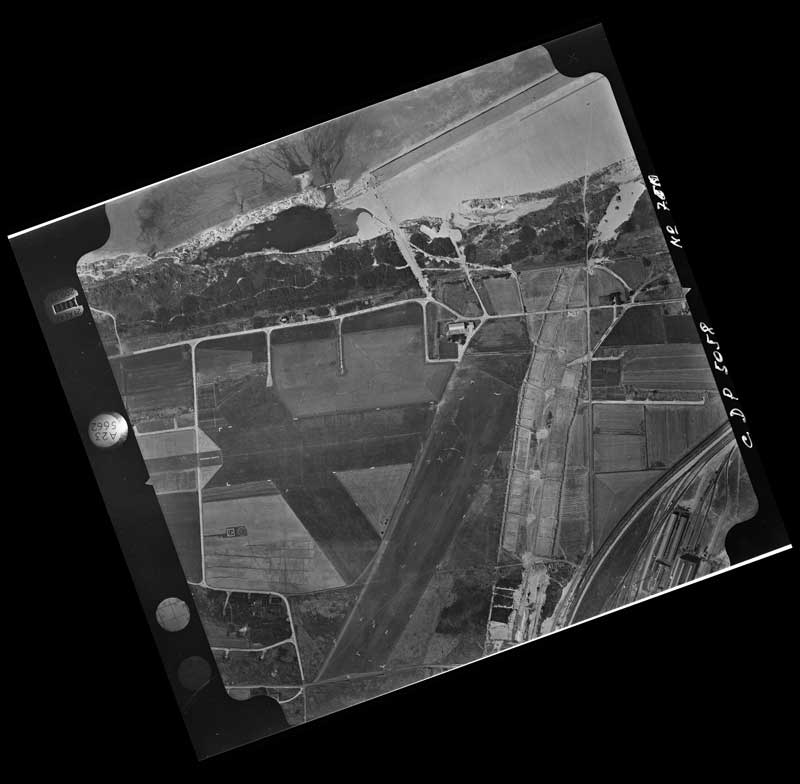 Even though construction of a canal had already begun on the east side of the airport, it was still open in this 26 August 1964 photo. Two sports aircraft can be seen parked on the north side in the original version of this photo. The 15/33 runway has been dismantled, however (IGN.fr). 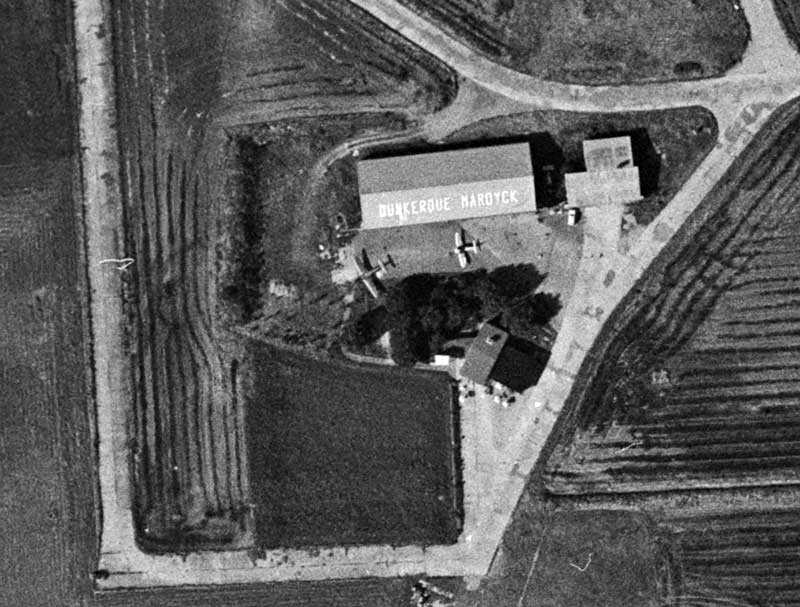 Close up of the airfield building in August 1964 with two unidentified aircraft (IGN.fr). 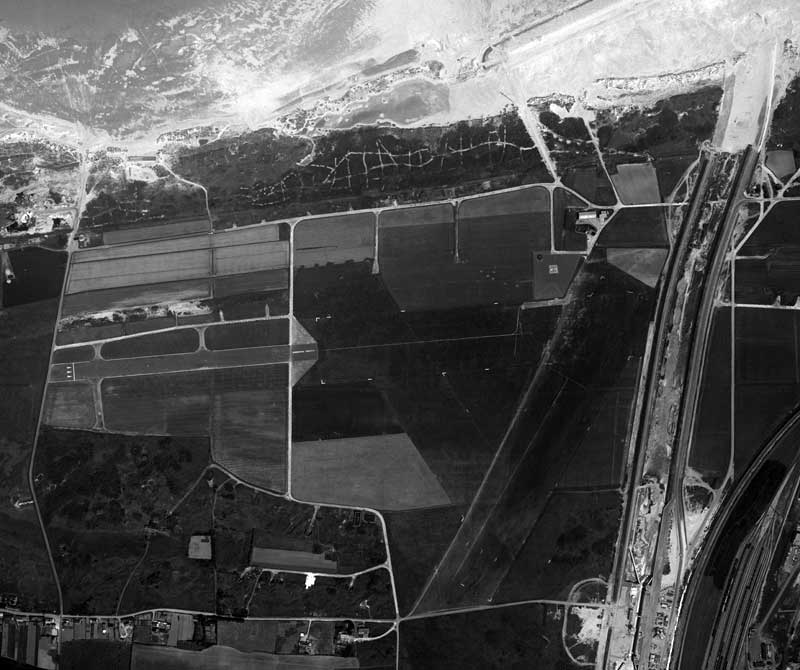 The airfield in 1966. The communications board was moved to the north of the runway (IGN.fr). 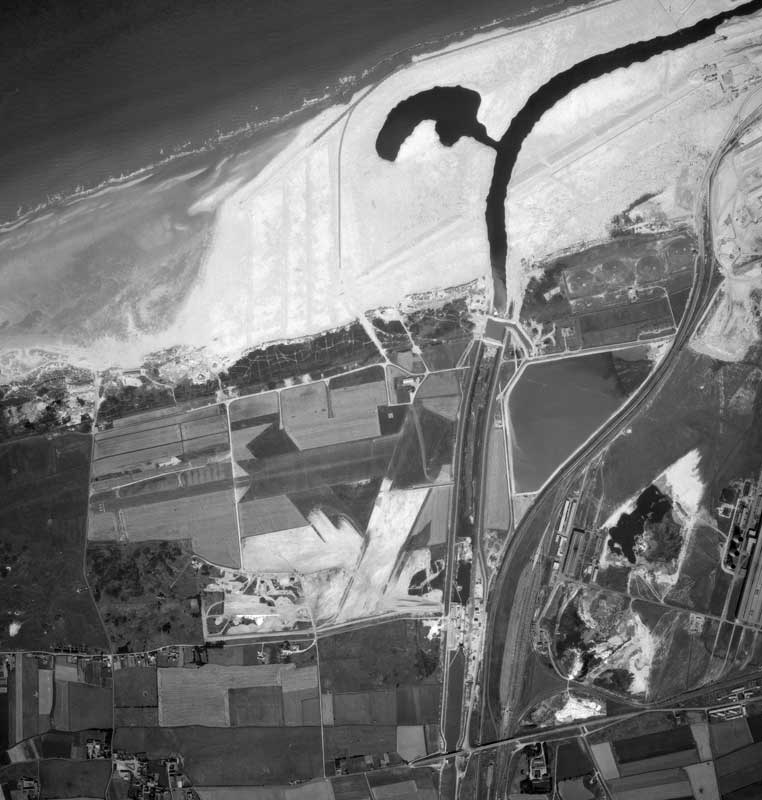 Mardyk on 22 August 1967, about a week before the airfield closed permanently. A single sports aircraft was still parked in front of the airfield building in the original high resolution photo and only the 09/27 was still open (IGN.fr).

The airfield was decommissioned in August 1967. Within a few years the airfield was dug under in the port of Dunkirk. Today it is next to impossible to find any evidence of the former airfield. Access to the grounds is strictly prohibited. 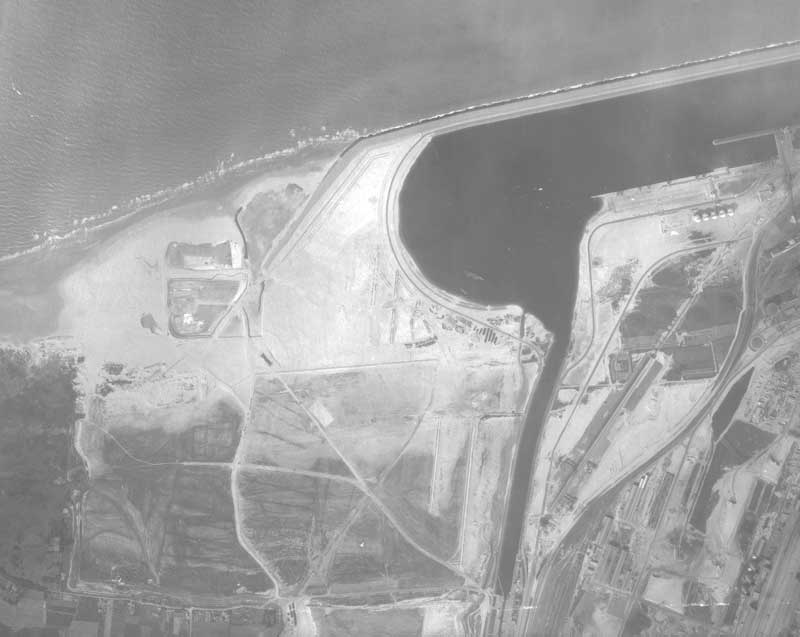 By 25 August 1971 it had become nearly impossible to recognise anything at the former airfield, only the outline of what used to be the main runway was still visible (IGN.fr). 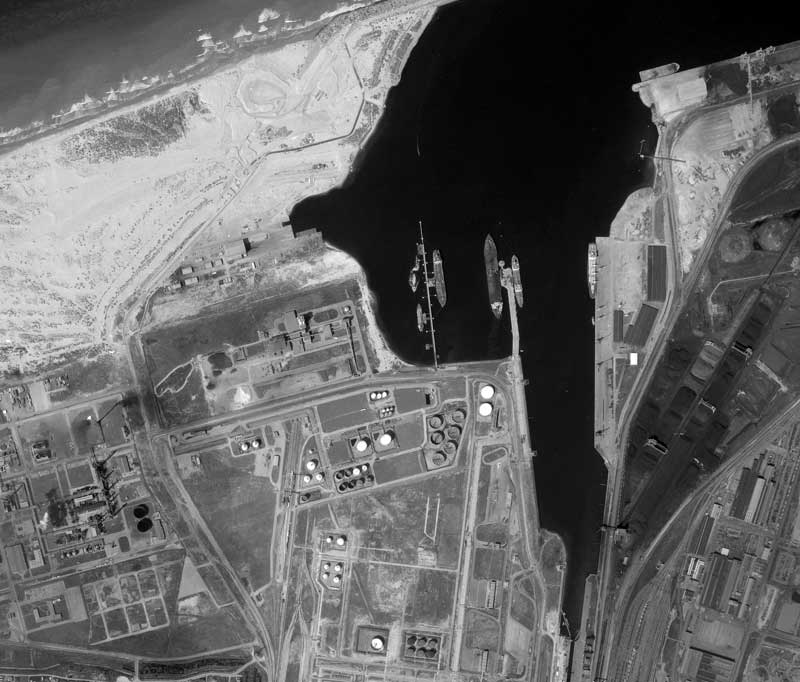 By 1983 ships were mooring were aircraft had been taking off and landing only 16 years prior (IGN.fr). 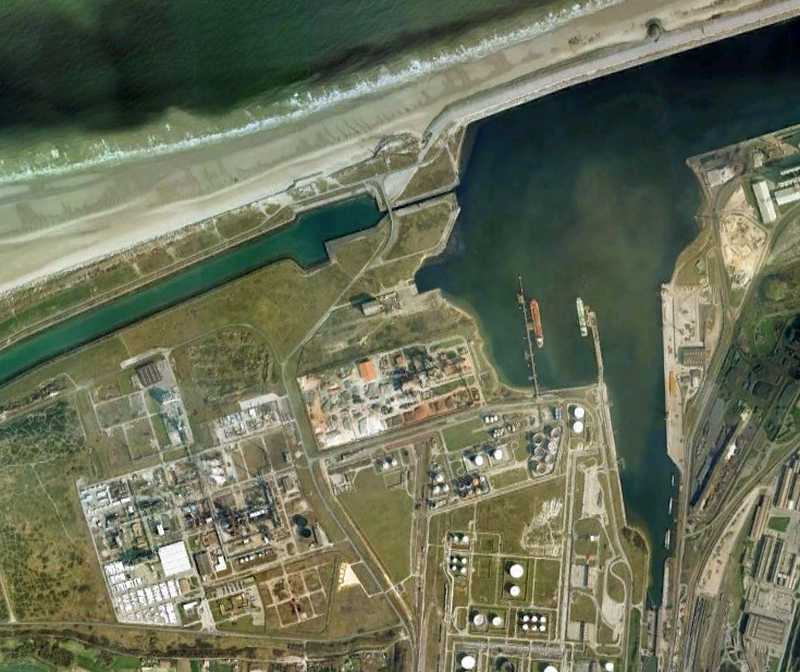 The location of Mardyk airfield in 2007