Merville-Calonne airfield (french: Aèrodrome Merville-Calonne, ICAO: LFQT) is an airfield 200 kilometers north of Paris.
The airfield was built as an air base for the Armée de l'Air in 1936. It was used by the RAF during the Phoney War of 1939. After the Battle of France in 1940, the airfield was taken over by the Luftwaffe. From 17 November 1940 the airfield was used by II. Gruppe of KG2 (Do-17) during the airwar over England. On 8 March 1941 they were joined by I. Gruppe of KG2. For KG2 the airwar over England ended when the unit began preparing for the Balkan war. The Germans then began to completely rebuilt the airbase with three concrete runways.
In November 1942 the airfield became home to II. Gruppe of Jagdgeschwader (JG) 2. All four of its squadrons (Stab., 4., 5. and 6. Staffel) were stationed at the base, until they were ordered to move to Silezia on 17 November.

When the airfield was liberated in September 1944, it was repaired and taken into service by the RAF as ALG B-53. B-53 was then used by 135 Wing (122Sqn, 222Sqn and 485 (NZ) Sqn. After the Allies had moved on, the airfield was returned to the French authorities. 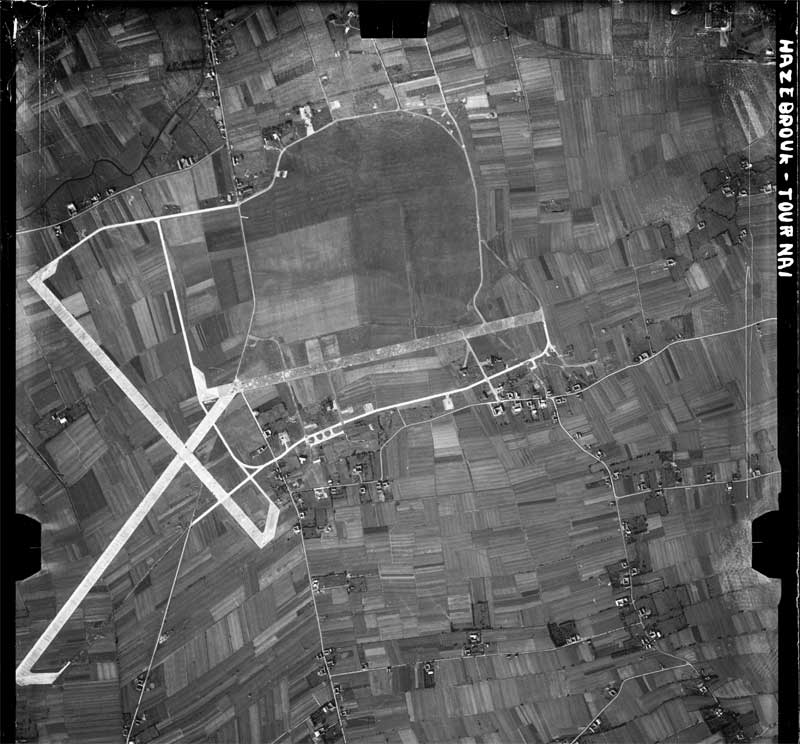 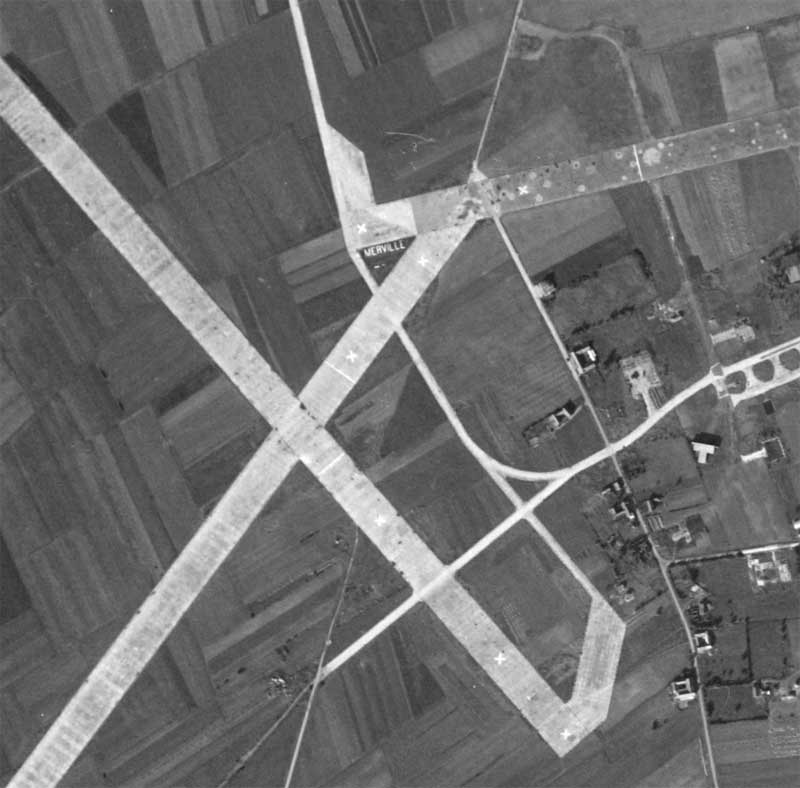 This closeup of above photo reveals that the airfield was not closed, although portions of the runways were not to be used. The name of the airfield was actually laid out in the grass (IGN)

In the early 1950s, the airfield was converted into a NATO standard airfield. One of the runways (04/22) was lenghtened, giving an initial length of 3 kilometer, although it was soon shortened by 600meters. Another runway was converted into a taxi and dispersed parking area. The third runway was not used, but simply closed and used as a local support road.
The NATO airfield did not have any units assigned. It served as a Dispersed Operating Base until France left the NATO military organisation in 1967. 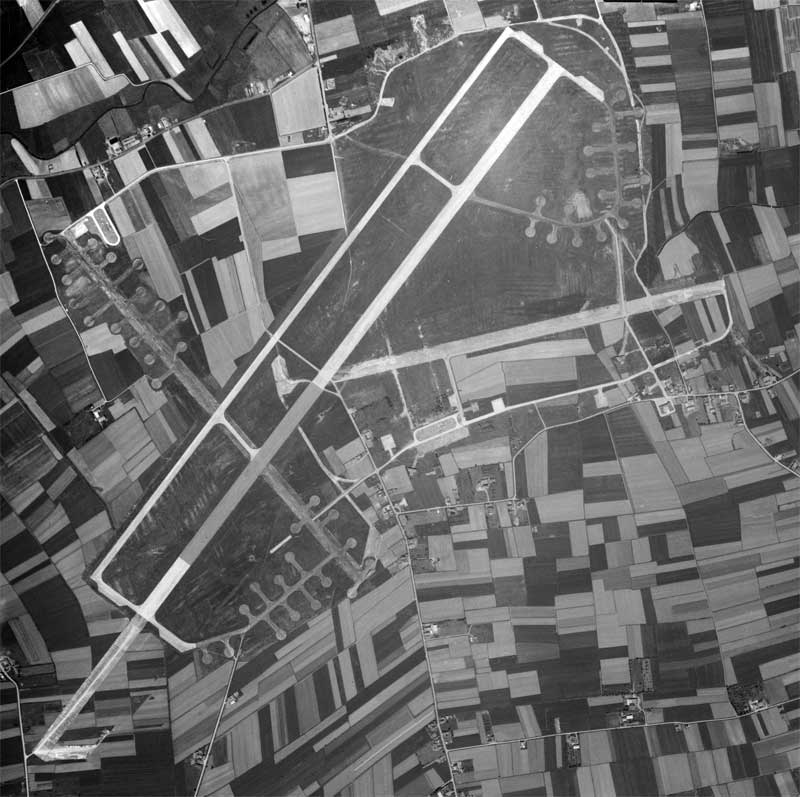 Merville in 1957, when conversion work to NATO standard airfield had nearly been completed. The main runway is still connected to the southern 600meters, making it one of the longest runways in NATO. The former 14/32 runway still looks like a runway, albeit with dispersals on all sides (IGN). 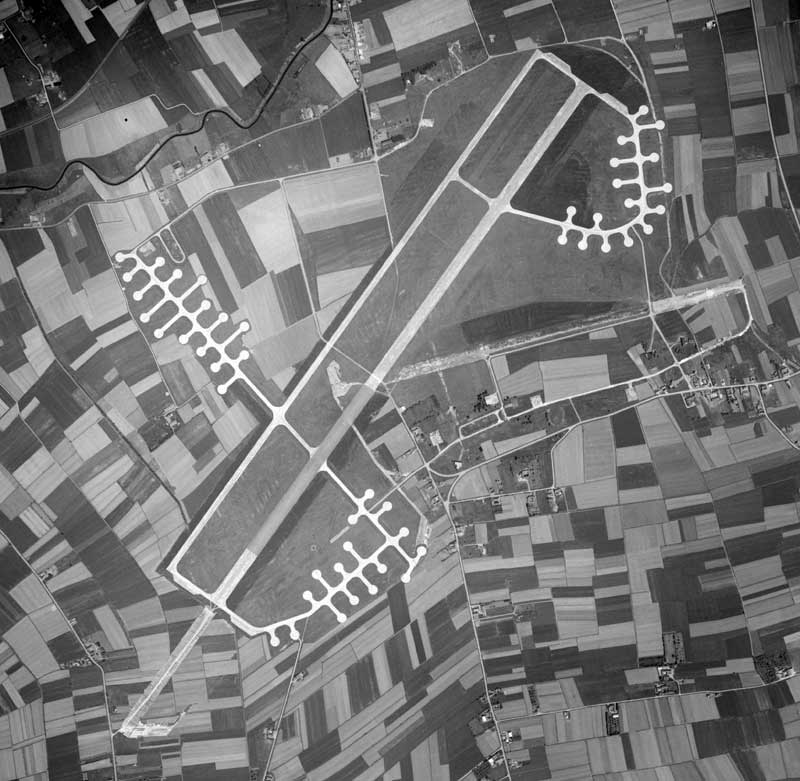 Merville, virtually in its definitive NATO shape, 1963. 3 years later, France bailed out of NATO, receiving billions worth of infrastructure, almost for free (IGN).

Without its NATO assigned role, the airfield became a civilian airfield. It is run by the Chamber of Commerce and Industry of the Greater Lille area. Of the 2400meter of concrete runway available, only 1840 meters are used. A second -grass- runway necessitated the disconnection of the northern dispersal area.
The airfield is best known for the training of professional pilots and aircraft maintenance technicians. General aviation plays a major role too, however. A small aviation museum is located on the north side of the logistics site. 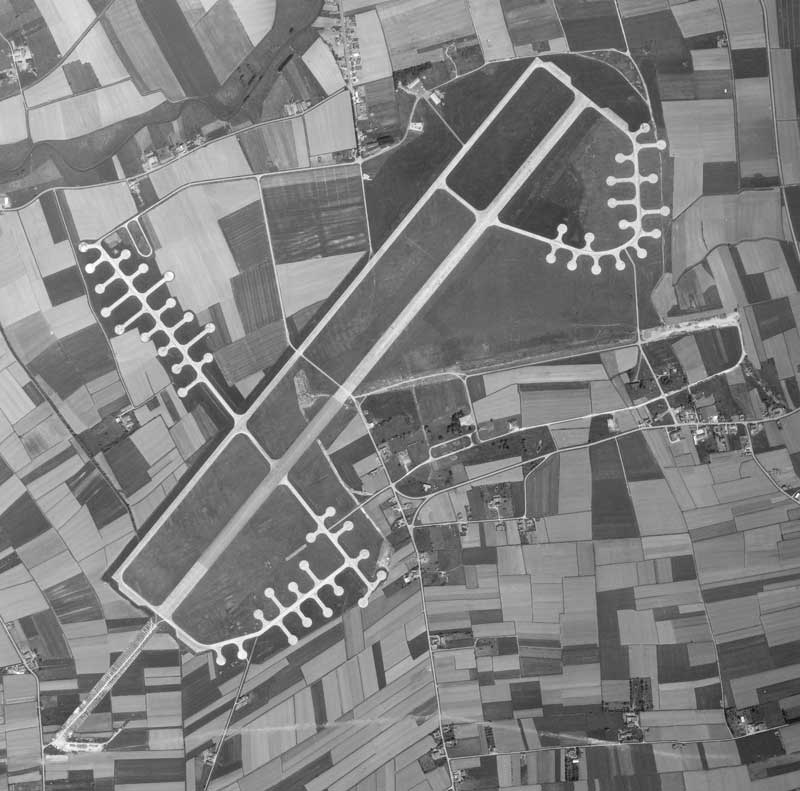 Merville, 1970. 3 years after France bailed out of NATO the airfield had become civilian. Aircraft are showing all around the airfield. At least 2 DC-3s and a reasonable number of smaller GA aircraft are visible on the north side of the airfield, while some others are parked near the communicatons marker at the 04/22 and 08/26 intersection (IGN). 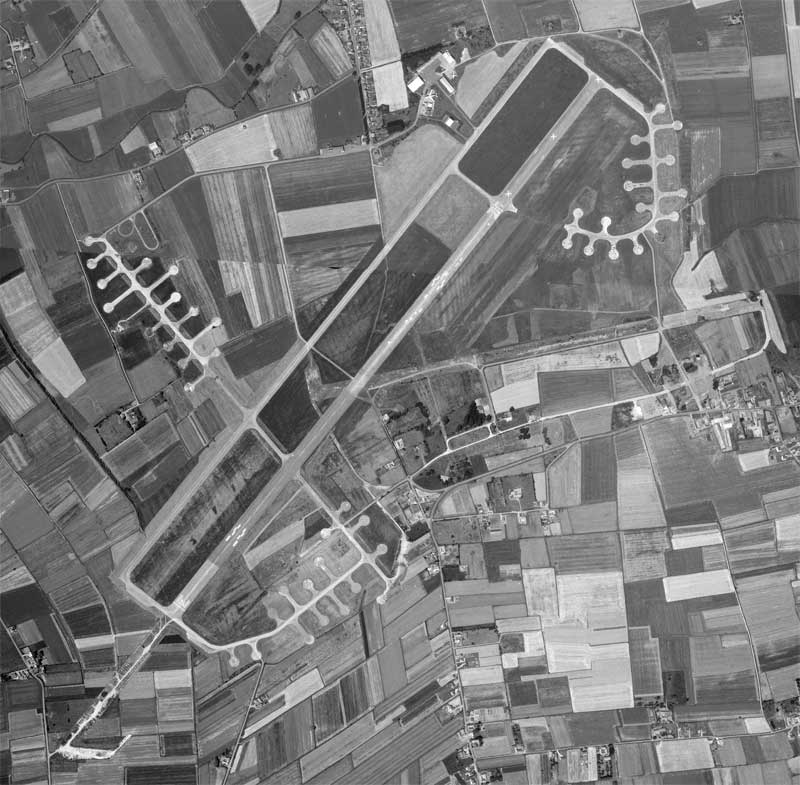 Merville 1983. Several larger aircraft can be seen at what is now the aircraft museum. Visible amongst others are a B-707/KC-135 and a Hercules. A grass runway has appeared between the northeastern dispersal and the main runway (IGN). 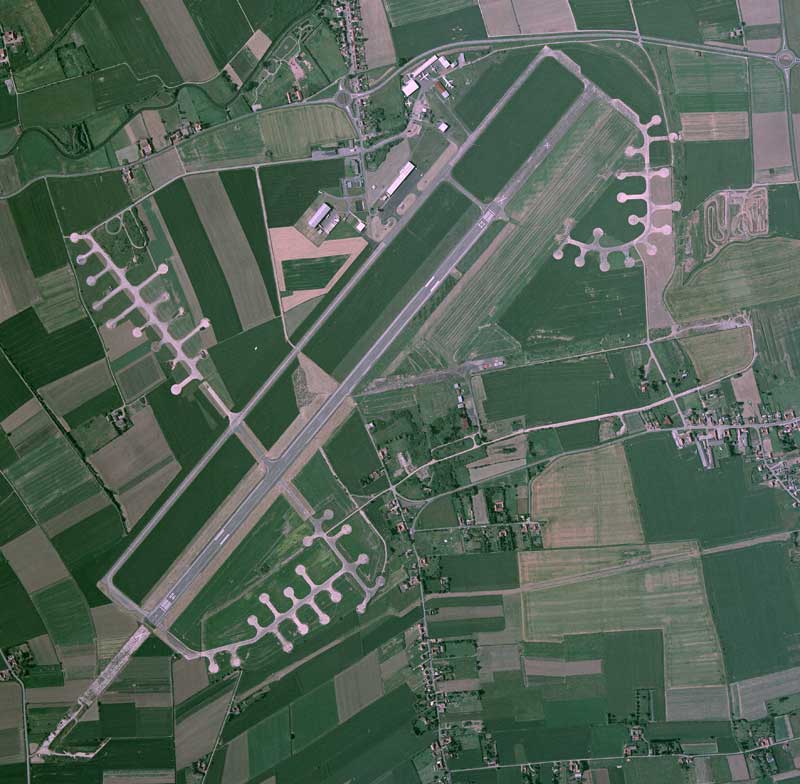