Frescaty airfield (Aérodrome de Frescaty, ICAO: LFSF) was an airfield located 280km east of Paris.
Occasionally, the airfield, at the time on German territory, had been used since the beginnings of aviation in Germany, serving as a landing strip for new aircraft. In 1909, the airfield received a Zeppelin hangar of impressive dimensions. Built the size of a cathedral, it measured 150 meters in length, 50 meters in width and 25 meters in height. On July 4, 1909, at 8:15 a.m., the Frescaty field was ready to accommodate the airship LZ3 from Friedrichshafen.

In 1910 the site became an airfield, serving as a training base for future Luftstreitkräfte pilots. A flight school was thus established in Metz in 1911, along with arifields in Döberitz and Straßburg (english/french: Strasbourg). German aces Oswald Boelcke and Otto Könnecke, as well as pilots Alfred Keller, Friedrich Marnet and Karl Braun, made their first tests there. During the Kaisermanöver, the great maneuvers of May 15, 1912, airplane fans were able to admire, in a pleasant sky, a Zeppelin, a Parseval-Sigsfeld and several captive balloons, in addition to the usual biplanes and monoplanes stationed at Frescaty. 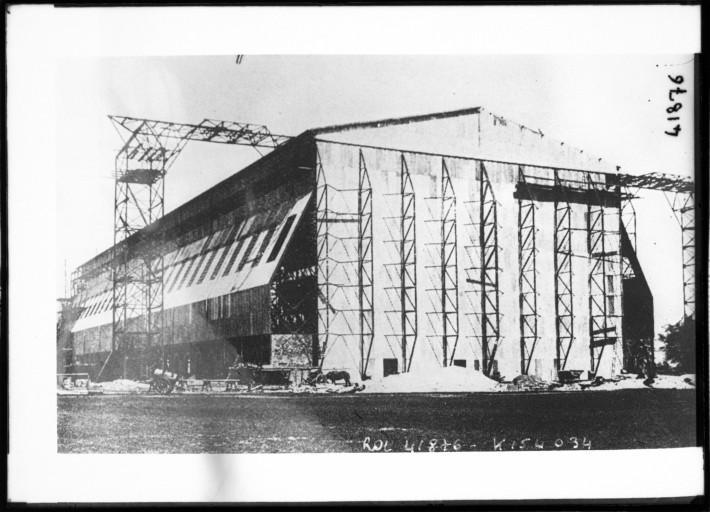 Squadrons, including Manfred von Richthofen's JaSta 11 in 1917, were based there in the military field from the start of the First World War. In 1917, Strasbourg and the airfield were still considered to be German territory. 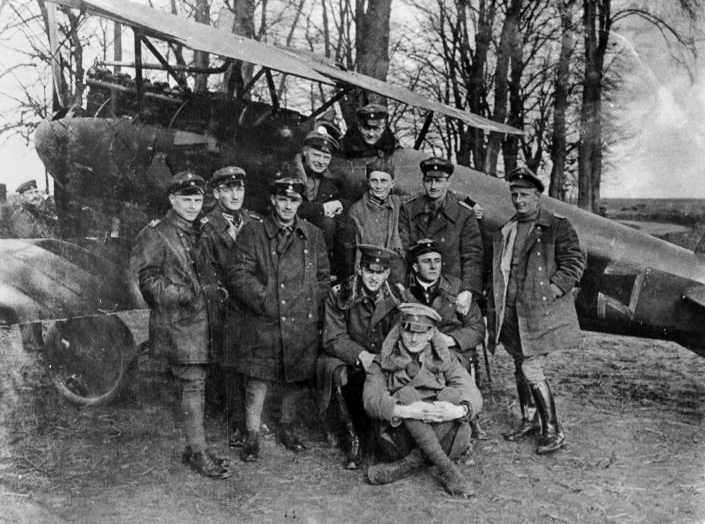 During World War II, the military grounds of the air base changed camps several times.
September 3, 1939 - The Germans bombard the French army and install the GAO 506, GR I / 22 and GR II / 22 squadrons.
From 29 november 1944, the United States Air Force (USAAF) occupied the area, renaming the base "Y-34". The air base, bombarded on many occasions, is littered with carcasses of aircraft, from the Messerschmitt Bf 110 to the Focke-Wulf Fw 190.
In January 1945, during Operation Bodenplatte, the Bf-109s of the II / JG-53 and IV / JG-53 of the Luftwaffe attack the Frescaty field where the P-47Ds of the 365th Fighter Group are stationed.
At the end of WW2, the French army retook the ground on 29 may 1945. The airfield was handed over to the French Air Force in May 1945 and they immediately began to modernize it. 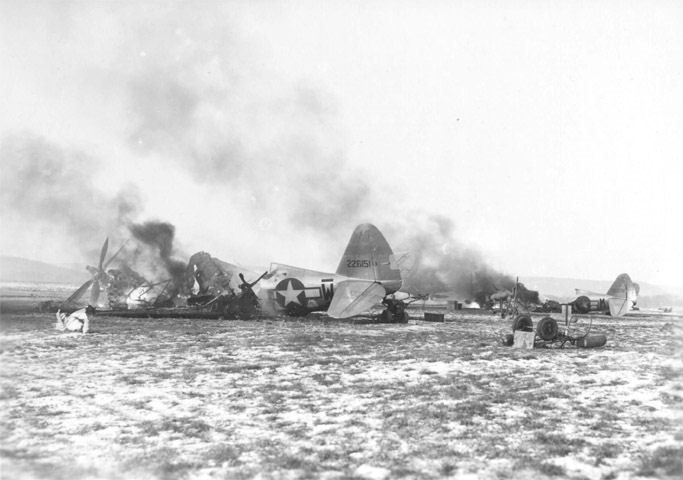 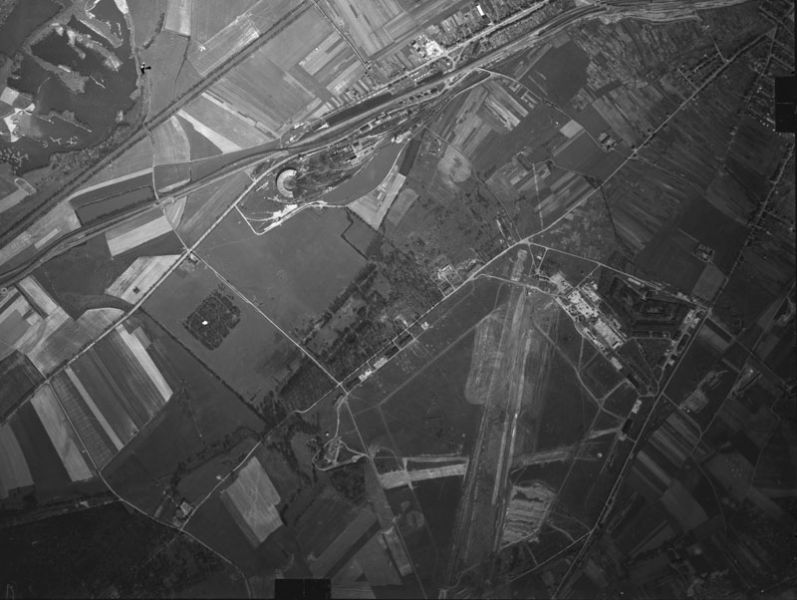 From 1949 to 1995, the air base would train its new recruits at the military instruction center (CIM) in Metz. A new hardened runway was inaugurated on July 1951. A taxiway and dispersal areas were built between 1951 and 1954. A main fuel depot was built in 1953. The base took the name of operational air base 128 (BA 128) on December 1955. Air defense structures for the territory were built between 1957 and 1963.
On April 1956, the 1/9 Limousin Fighter Squadron of the 9th Wing arrived from Lahr in Germany to settle in Frescaty. It was followed by 2/9 Auvergne which also had F-84G Thunderjet, which were replaced by the F-84F Thunderstreak.

The  squadrons that made up the 9e Escadre (9th Fighter Wing) would remain at Metz-Frescaty until July 1965. 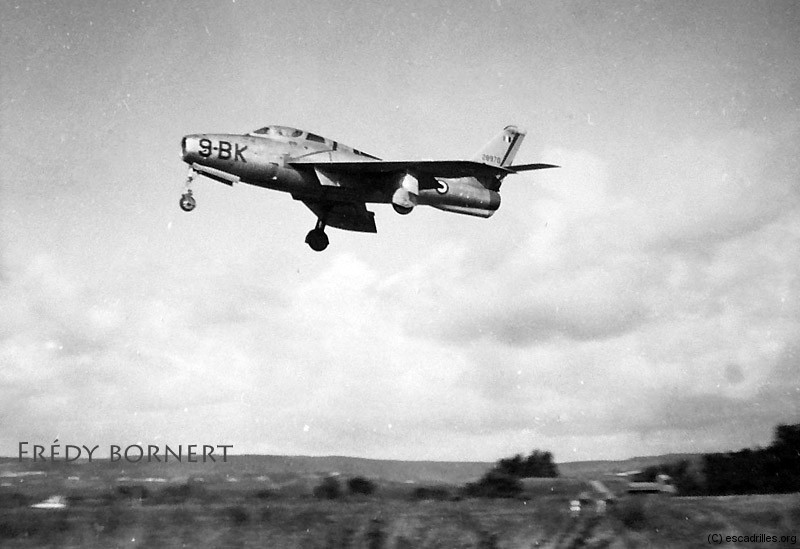 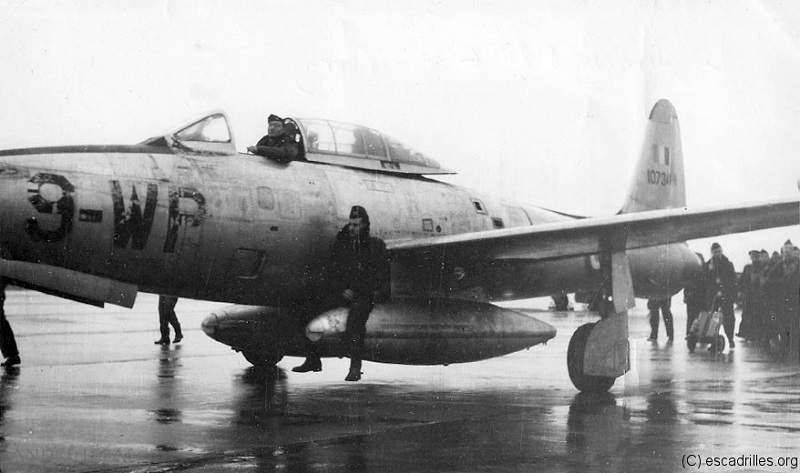 1956 - The last Thunderjet to leave Metz in 1956 (Collection Jean Merlet, via Alexandre Gannier)

On July 1965, the Tactical Air Force Staff (FATAC) was transferred from its base at Dijon to BA128 Frescaty. On January 1966, the 41 Air Liaison Squadron was created on the BA128, followed a few months later, on July 1966, by the Electronic Squadron 1/54 Dunkerque. A new markup of the runway is carried out. A long-range aircraft hangar, equipped for Nord 2501 aircraft, was added in 1967.
Upgrades continued at the airbase while radar installations and an automatic digital information relay were installed between 1967 and 1969.

In 1970, an STBA-type hangar and a hangar intended for the local manufacturer's service were built. The base continues to grow with the construction and fitting out of additional aircraft shelters, as well as housing, offices and garages. The 2/67 Valmy de Saint-Dizier Helicopter Squadron arrived in Frescaty on September 1972. It remained there until its disbandment on August 2004. In 1977, the runway was renovated. In 1981, an underground command post was finally built. 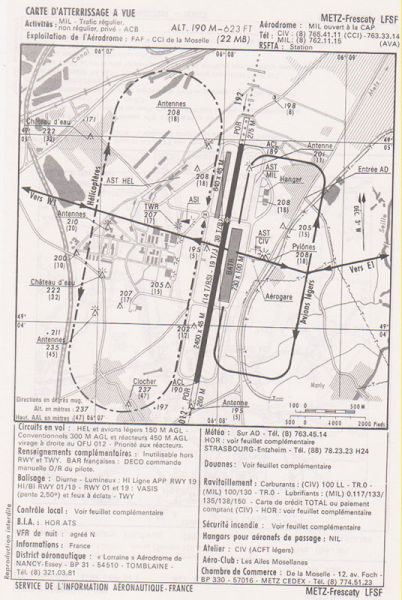 Air Base 128 then supported the Combat Air Force Headquarters. To ensure the liaison missions, it had units equipped with Transall C160G Gabriel (ELINT), Nord 262 Frigate, TBM 700 and Fennec AS 555 helicopters.
The base will host, until summer 2011, the following two flight squadrons:

The 341 Helicopter Crew Training Center (CIEH.341) was installed on BA 128 on September 2006. The pilot's license ceremony for the first nine students took place in December. This unit did not stay long: it left BA 128 at the end of July 2011 for the BA 115 of Orange.
Two other specialized telecommunications units - Telecommunications Group 10.801 and Mobile Detection and Control Center 90.540 are also present on the base, making BA128 the most important tactical telecommunications platform for the Air Force to date. when it is closed.
The defense modernization plan announced in July 2008 by Prime Minister François Fillon provides for the closure of BA 128 in August 2012. At that time, the base still employed 2,500 people. Four years later, the garrison only numbered 1,250 people.

The base was dissolved the 21 June 2012 and its administrative closure took place on the following 31 August. 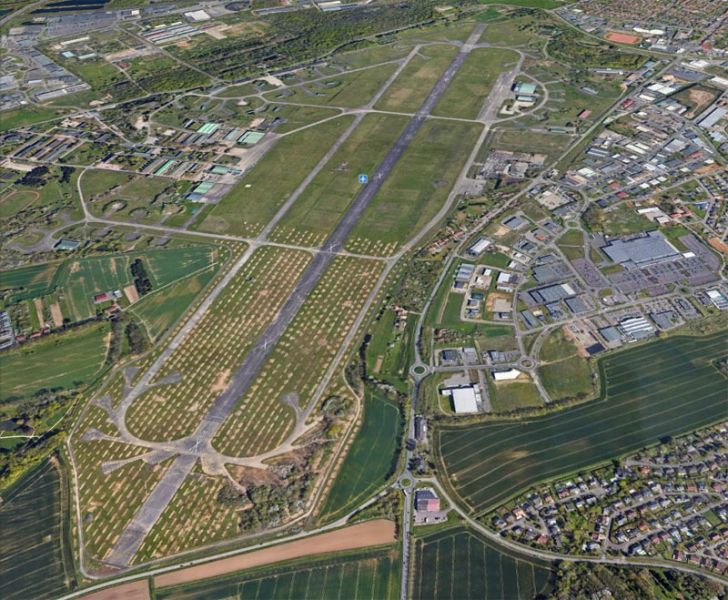 Thank you to Alexandre Gannier  to allowing us to use some text and photos from his web site: www.escadrilles.org