Milan floatplane base (Italian: Idroscalo Milano) was an airport 470 kilometer northwest or Rome.
It was built in the late 1920s as an addition to Milan's Taliedo airfield, capable of receiving floatplanes that were travelling along the Po river. At the time, floatplanes were the way to do one's long distance air travel, as airfields back then were little more than that: well kept grassy fields.
From the beginning, it was recognised that the vast water surface would also be able to accomodate sports activities such as swimming and boating.
The 2500m basin would be 300m wide and receive 450m turning areas at both ends. The digging work began in 1928.

The basin of the Idroscalo while under construction in 1928. To remove the dug up soil, the project used 12 locomotives and 1200 carts (Civico Archivio Fotografico, Milano, via milanocittadellescienze.it)

The digging work progressed so well, that the airfield was officially inaugurated on 28 October 1930, although aircraft had been making their first splash landings in the preceeding months. A large portion of the infrastructure was not completed yet, however: hangars, offices and the station building were still under construction. That part of the work 'progressed' so slowly, that the Province of Milan requisitioned the site from the contractor in 1933. The basin was complete enough to allow European rowing and motorboating championships in 1934 and 1938. Thanks to the latter event, the floatplane base could be completed, but the realistation of a large grandstand for spectators showed that the use for "sports" over that of "aviation" would prevail. April 1934 photo of the basin (looking east), which by then was still not at its full size, although the floatplane station was already officially opened (idroscalo.info)

By the late 1930s it was already becoming appearant that land based aircraft would become the future and the station was not further developed as a seaplane station. Some of its buildings did form the basis of Milan Linate airport, located on the southwest side of the basin, which replaced both the Idroscalo and Taliedo airfield. By the late 1930s, as it slowly became more of a leasure area, the water basin became known as "Il mare di Milano", the Sea of Milan. 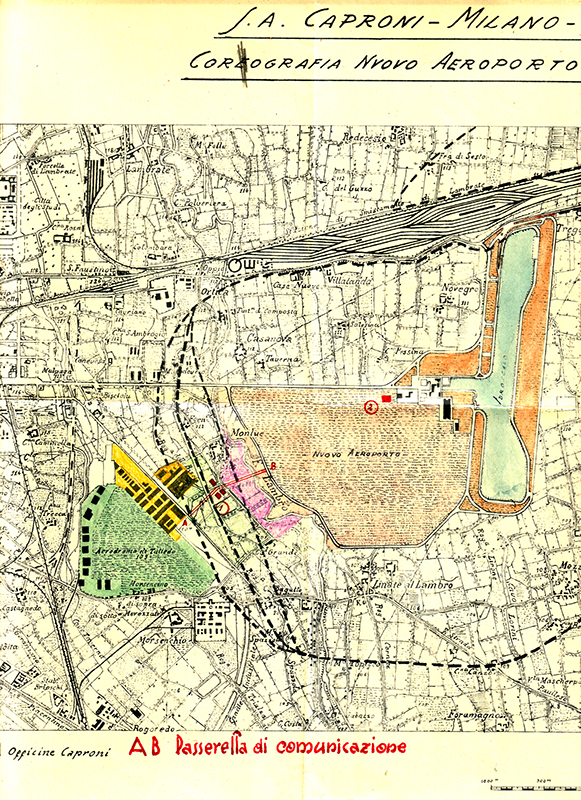 1938 map, depicting (left to right):
in green and yellow: the original Milan Taliedo Airport
in light orange: the "Nuovo Aeroporto" that was to become todays Milan Linate airport
in orange: the Idroscalo. From the choice of colour, it might be concluded that the Nuvo Aeroporto and the Idroscalo were planned to form one airport (skyscrapercity.com). 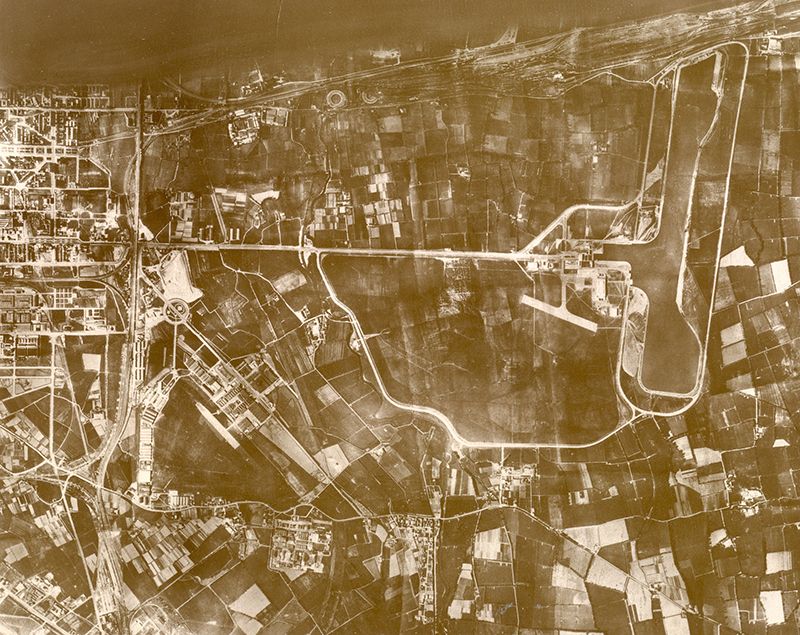 During the 1940s war years, the Idroscalo did not play any significant role.

In the late 1950s, the greens around the basin were enlarged by the largest reforestation project of the 1950s, thus creating todays Idroscalo Park People enjoying a summer day at the Idroscalo in the 1950s (nauticareport.it)

Milan Linate airport is located on the banks of the Idroscalo (aeroclubcomo.com).

The Idroscalo was used again as a seaplane station again in the 1990s. The Como aeroclub organised an event at the Idroscalo which was attended by some aircraft owners that could not resist the opportunity.
Today, the Idroscalo is owned by the city of Milan. Still sometimes referred to as the "Sea of Milan", it performs a major recreational function for the people of Milan.

Four of the floatplanes that took part at the 1990s aviation event at the Idroscalo (aeroclubcomo.com).