Airfield Mill (Dutch: vliegveld Mill, also known as ALG B-89 Mil or vliegveld "de Kuilen") was an airfield 95 kilometer southeast of Amsterdam.
De Kuilen had been the location of an aerial demonstration on 29 and 30 June 1911. Whether and how it was used in aviation after that, is hard to tell. 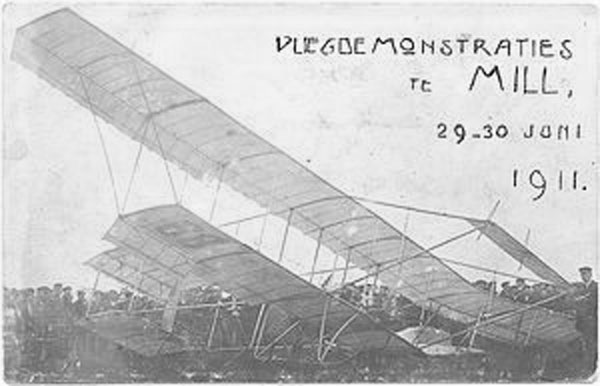 In the winter of 1945, a proper arifield was built in support of Operation Vasity by 25 Airfield Construction Group of the Royal Engineers. Measuring the airfield in preparation for construction began on 10 December 1944, about 1 kilometer east of the village of Langenboom.
Pressure from higher echelon forced a start with bulldozers by December 19, by 681 and 217 Company coming from Ghent. By 1 January 1945 it was announced that the airfield would have to be completed by early February, instead of early March. Additionally, because the airfield was to be built in a sparcely populated area, a barracks camp would have to be constructed.
The work was to be completed according to a new concept, which proved to be simple and well liked by the RAF commanders. The concept was based around a large central runway, with an air wing on each side. Parallel to the runway were two taxi-tracks, with perpendicular to them the aircraft parking areas (two per squadron). At the end of these parkings and parallel to the runway and taxitracks were support roads, connecting to the local roads on each end. This allowed the service vehicles to reach all areas without interference with the aircraft. The topside peat, about 60cm (2feet) thick was dug op and placed between the aircraft parkings for protection. 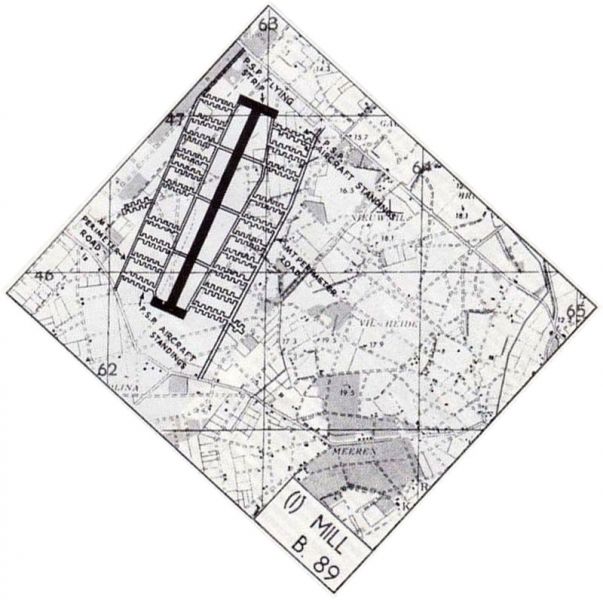 The estimated completion date of 7 February soon became the fixed ultimate date for millitary planners. 681 Road Construction Compagny and 217 Pioneer Corps Compagny tried their utmost to complete the base in time. From mid-January they were augmented by 64 Road Construction Company. The weather remained bad however and it soon became clear that PSP would have to be laid on snow and frozen sand. Although it was impossible to predict what would happen to the plates once thaw would set in, work began. On 30 January it stopped freezing. Unfortunately this also meant that resources were drained to repair the local roads for the convoys supporting the fighting at the nearby Reichswald forest.
Still, by the evening of 7 February the airfield was complete enough to support a single fighter wing. They began arriving on the morning of 8 February in the shape of Typhoons of 146Wing (193,197, 257, 263 and 266 'Rhodesia' Sqn). Completion of the area for the second wing (35 AC/PR Wing) was achieved with the help of Dutch civilian carpenters. 35 Wing, consisting of 2 Sqn (Spitfire XIV), 4 Sqn (SpitfireXIV and Typhoon FR1B) and 268Sqn(Mustanf II and Typhoon FR1B) arrived around 7 March. 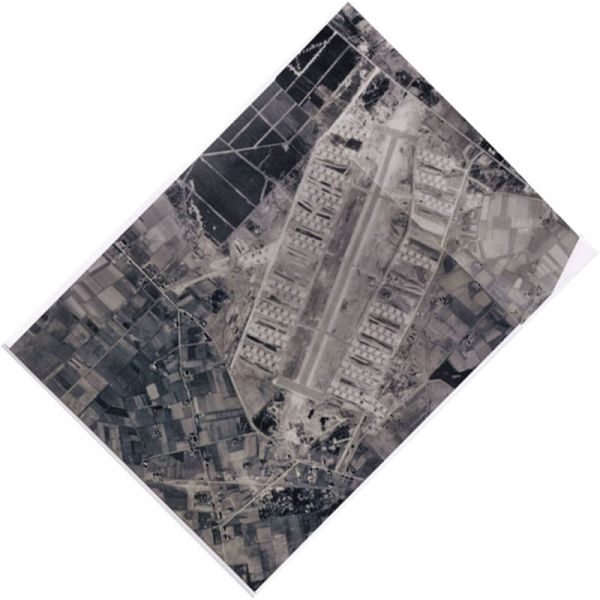 The airfield remained operational until mid-April 1945. The crossing of the Rhine meant that both Wings moved out to other locations. 35 Wing moved to B.106 Twente Air Base, while 146 Wing moved to B.105 Drope. The latter had lost 257 Sqn, which disbanded at B-89 Mill on 5 March. The airfield had served well, especially considering it had initially been built on frozen sand.

After the war was over, the area was dug up into a large water filled sand pit. parts of the airfield remained visible until at least the 1970s. Today, nothing remains of the former airfield. 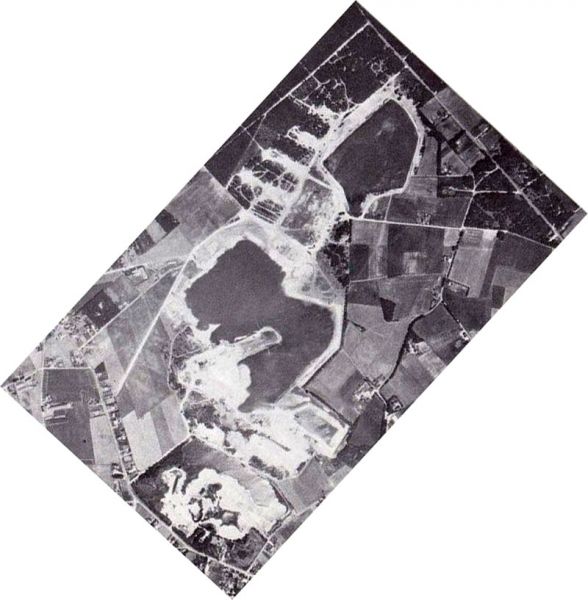 Undated, but believed to be ca. 1970 photo of the location of the airfield. Portions of the northwest aircraft parkings are still visible, but the remainder is already dug up (RNLAF information office, via studio-domeinzicht). 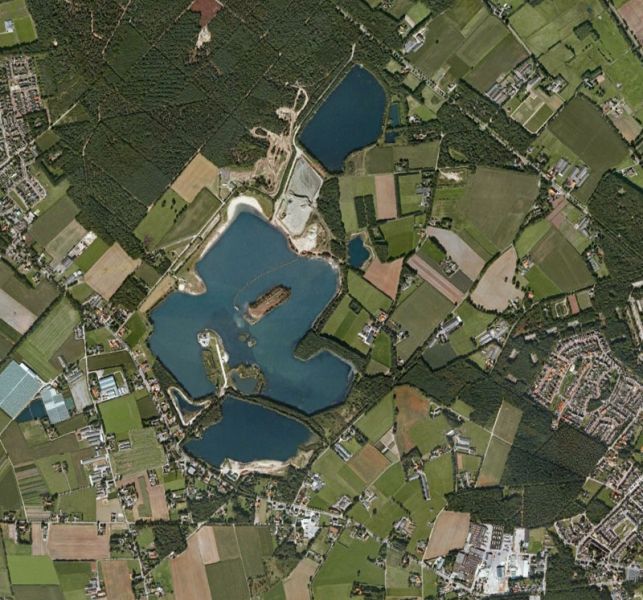 The location of the former airfield in 2005 (Google Earth).