Airport Molenheide (Dutch: vliegveld Molenheide) was an airfield between the towns of Gilze and Rijen in the Netherlands.
The airport was founded in 1910, making it the first airfield in the Netherlands. The airfield was intended for civilian use, although the military, while based at Soesterberg, made use of it too. 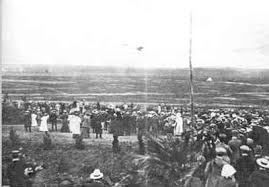 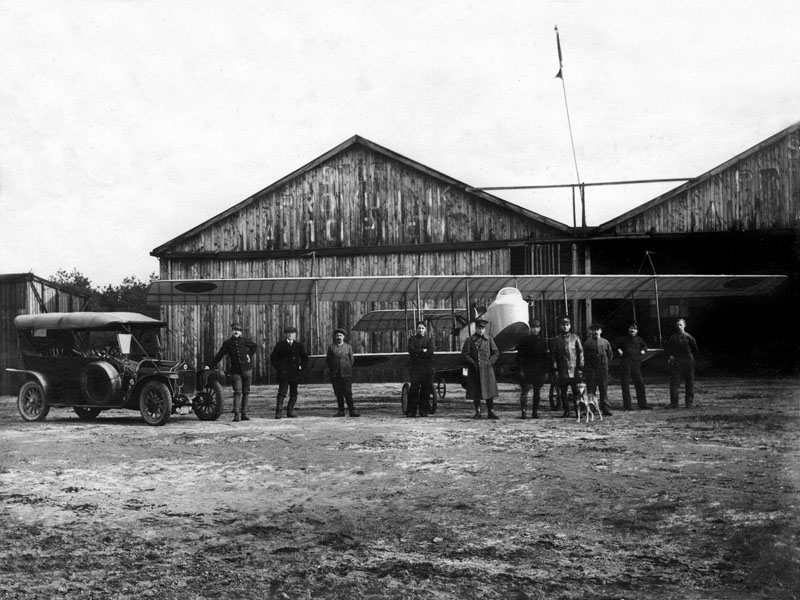 Farman HF-20 (registered LA3) of the Luchtvaartafdeeling (LVA) with lieutenant-flyer W.C.J. Versteegh in front of a wooden hangar at Molenheide. The car on the left is a commandeered Minerva (NIMH)

After the Great War (World War I) the military began using it to such an extend it was deemed necessary to build a second airfield, Nerhoven, a little to the east.
This field was constructed by the late 1930s, but when mobilisation started in 1939 Nerhoven was blocked by the military to prevent invaders from using it.
Molenheide officially seized to exist when the Germans invaded the Netherlands.
They converted the two airfields into one single airfield: Air Base Gilze-Rijen. 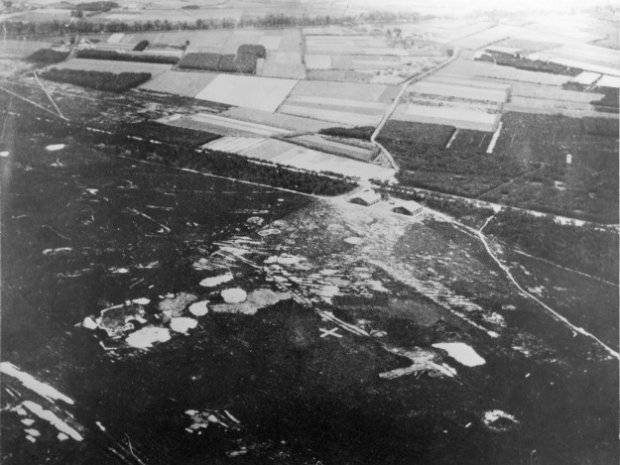 Aerial photo of Molenheide showing the flying grounds at the bottom in 1935/1936, just before the work was started on the civilian Neerhoven airfield. In the center are the two hangars, behinfd them the road between Gilze (r) and Rijen (l). The white spots in front of the hangars occurred after the field was flattened. A white cross marks the terrain (NIMH). 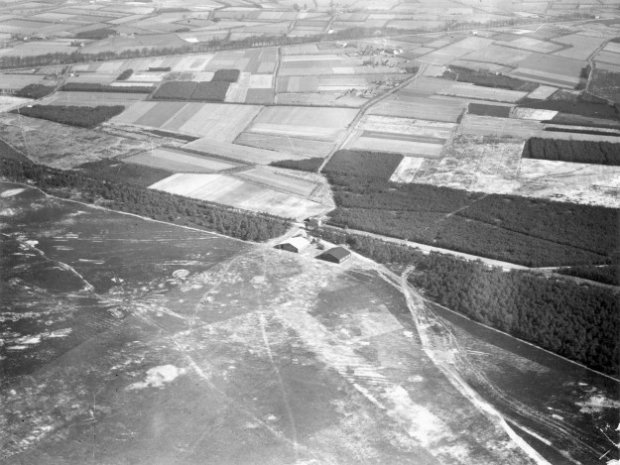 Same airfield, same angle, 1937. Construction of Neerhoven airfield has begun as the cleared area in the forest behind the hangars shows. The road that separated the two airfields completely disappeared after the Germans merged and expanded the two airfields into the “Fliegerhorst Gilze-Rijen” during World War II (NIMH).