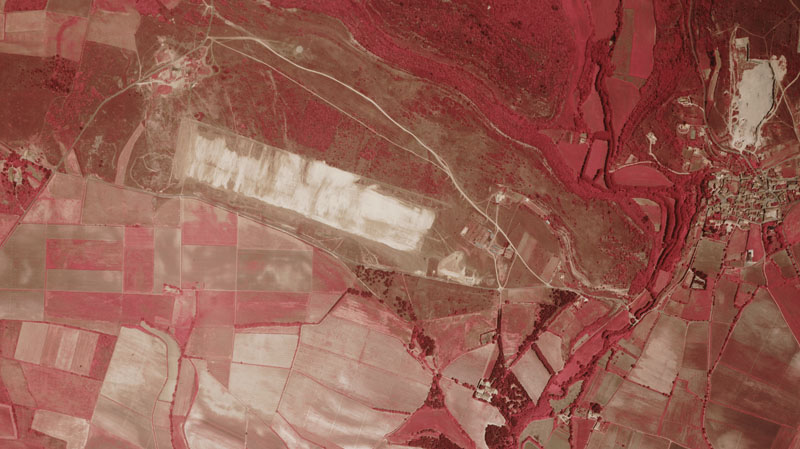 Moussoulens was clear of vegetation in the summer of 1976  (IGN.fr) 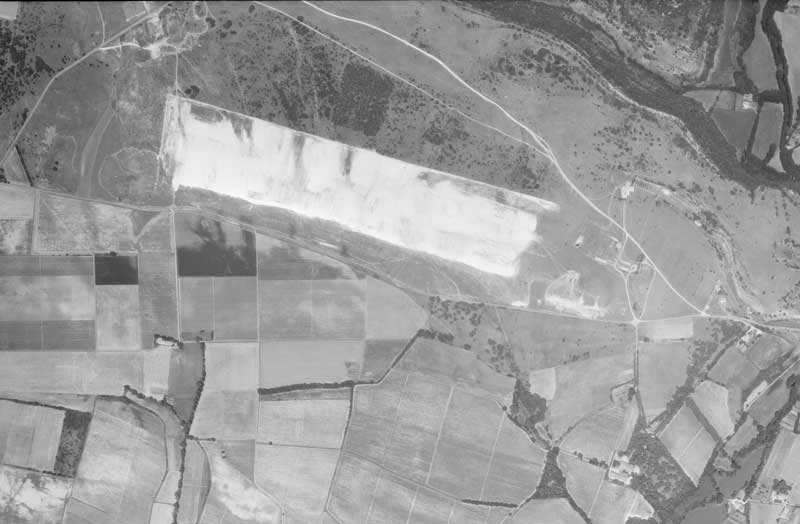 In August 1977 construction had still not begun (IGN.fr). 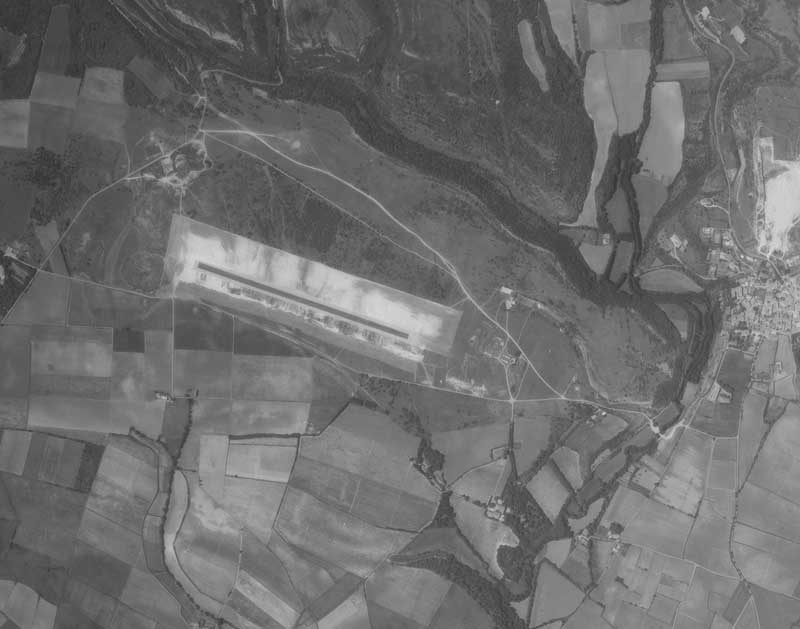 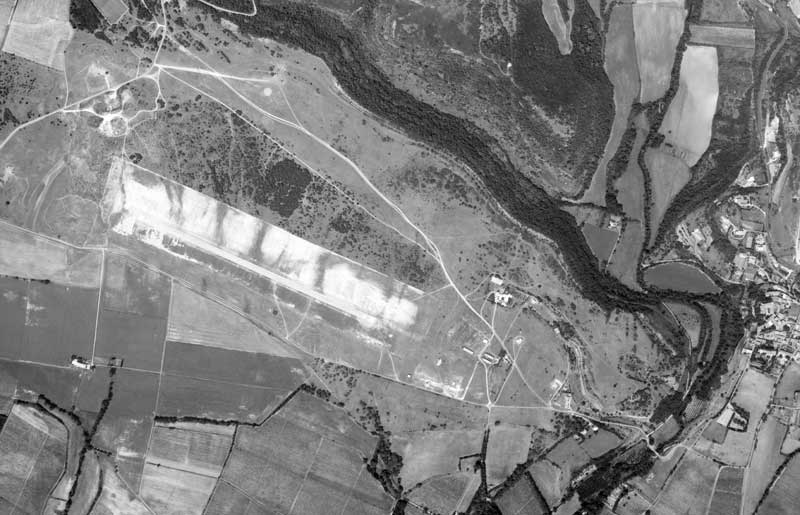 By 1983 the airfield was complete with turning platforms on each end. It lacked taxitracks or buildings, though (IGN.fr) 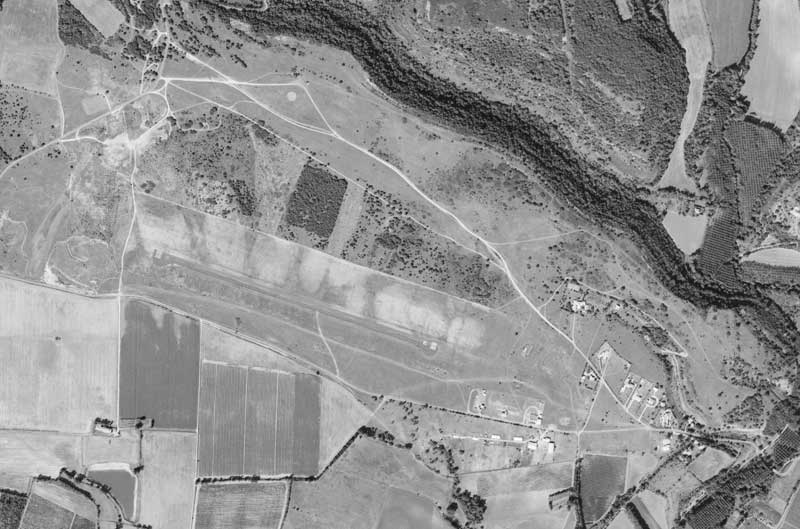 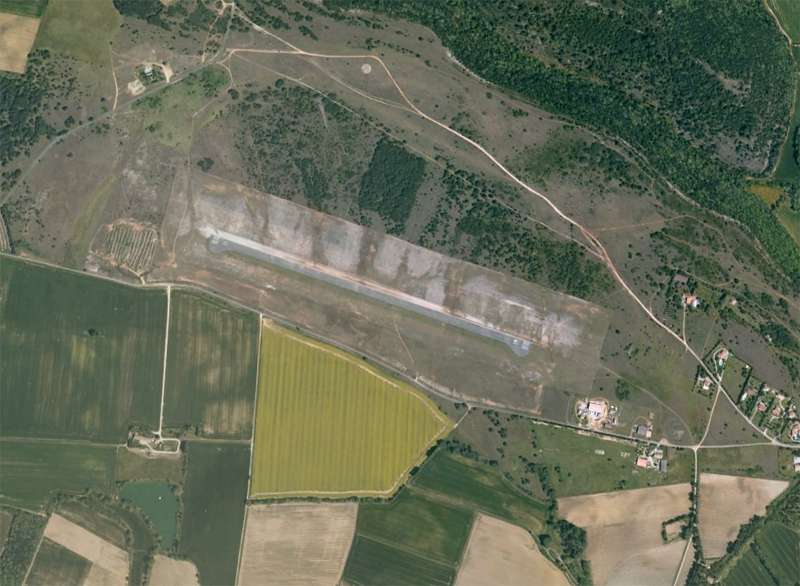 It was closed down on 21 June 2010, as evidenced by the message of the French Ministry of aerodromes.
The Minister of State, Minister for Ecology, Energy, Sustainable Development and the Sea, responsible for green technologies and climate negotiations,
Considering the code of civil aviation, in particular Articles D. 211-3, D. 212-1, D. 231-1 and D. 241-1 to D. 241-3;
Considering the decree of 23 November 1962 concerning the modified classification according to their airfields, aircraft use and conditions of use;
Considering the request of the mayor Moussoulens dated 10 November 2009;
Considering the opinion of the Supreme Council of the infrastructure and air navigation and the Central Commission for aeronautical easements on 21 June 2010,
Moussoulens airfield is closed as of 21 june 2010. 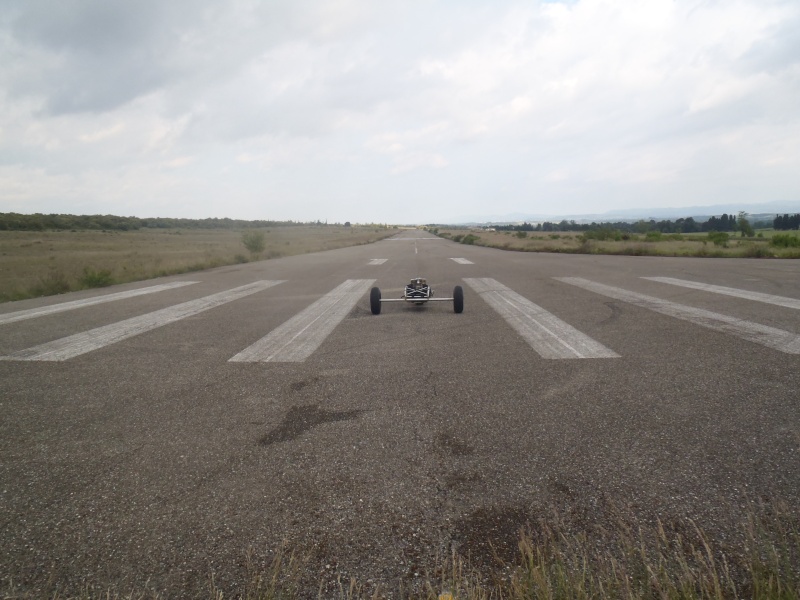 The runway was used for land yachting. It does not contain any markings indicating the airfield is permanently closed, though (Michel F357) 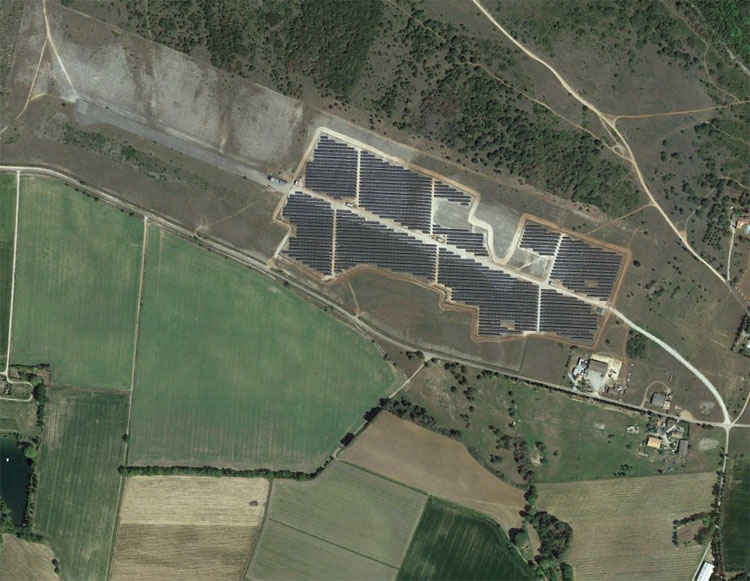 2017 - half of the runway is covered with photovoltaic panels. (GoogleEarth)