Nieuw Milligen airfield (ICAO: EHML/EHMC) was a small airfield exactly halfway between the cities of Apeldoorn and Amersfoort, and two kilometers (1.25NM) east to the village of Garderen.
It existed from 1913 to the west of a cavalry camp. The airstrip was located exactly on the border of the municipalities of Voorthuizen and Apeldoorn on a moor known as the Meerveld. The airstrip was oriented NE/SW and had a hangar tent to support aircraft of the Militaire Luchtvaart Afdeeling (Army Aviation branch of the Dutch Army)
Just before the war broke out the airfield was made unusable by the army by digging trenches.  During the occupation years the Germans left it, instead focusing on Fliegerhort Deelen, just north of Arnhem.

After the war, the Netherlands set up one of its first radar sites using a convoy of old English radar trucks -type AMES 13, 14 and 15. They were parked northwest of the army camp, just under one mile north of the former airstrip.  Because the true nature of the resident radar unit (Air Defense) was classified, it was officially known as a Naviation Station. Officially, the airstrip was never reactivated, but alledgedly, it was still used by the Light Aviation Group into the 1950s.
The radar unit got their own helicopter pad. A large underground bunker was built, capable of protecting from nuclear detonations and fallout. The bunker contained the radar site, part of the NADGE (NATO Air Defense Ground Environment) Early Warning chain from Norway to Turkey. 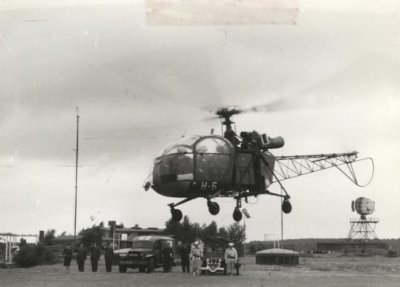 In 1963, Minister of Defense P. de Jong paid a visit to Nieuw Milligen by Alouette II. The radar is an FPS-8 search radar, belonging to the MilATCC (NIMH) 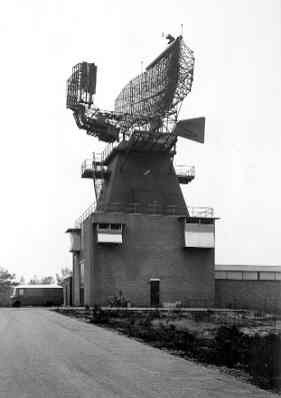 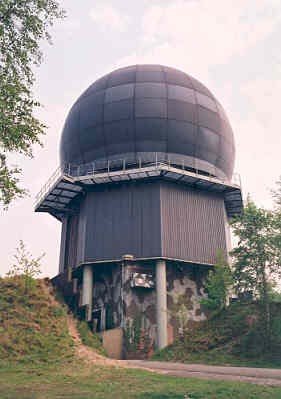 By 1979 the MPR had received a weather protective dome, protective earth walls and camouflage paint. It remained that way until at least 2014 (NIMH). 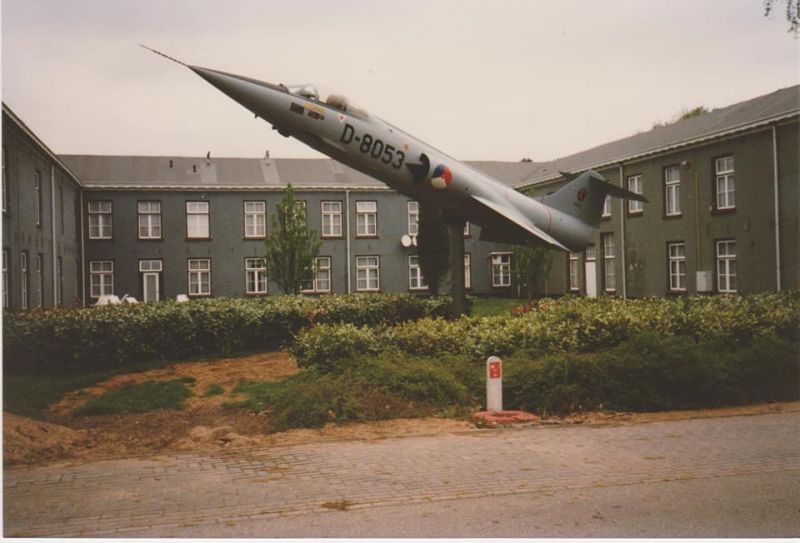 In the mid-1990s, Nieuw Milligen saw the arrival of former LIMOS gate guard D-8053. Completely repainted, it represented a Leewarden base Air Defense variant, the "long arm" of the Control and Reporting Center. The fighter was put on display on the inner square of the (now demolished) U-shaped main building, a former hospital, at the time the oldest building in the RNLAF. 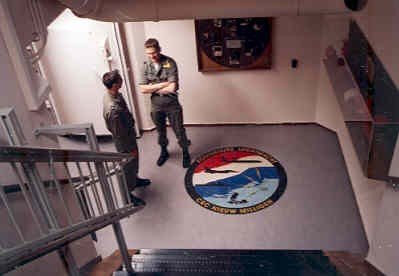 The entrance to the main bunker at Nieuw Milligen in 1995. To the Dutch, this bunker was the equivalent to NORAD's Cheyenne Mountain. It was replaced with an above ground facility in 2009 (NIMH).


Cougar II of the RNLAF at the Nieuw Milligen helipad in 1997. At the time, the Cougar II was new in the RNLAF inventory and this visit was meant as an introduction to the unit's services. 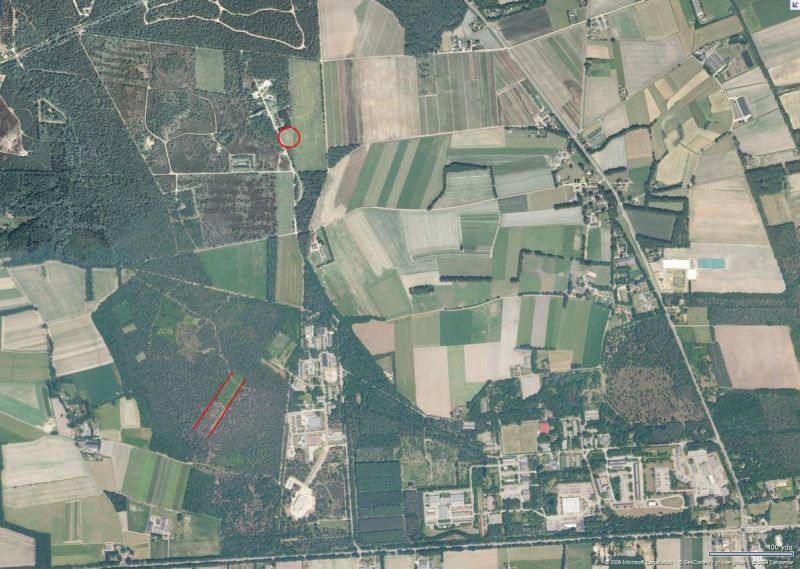 The site currently only has a helipad at the Convooi (Convoy) area (Bing maps). 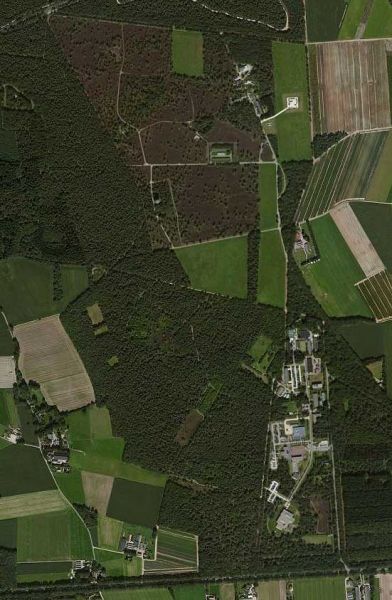 Although the moor had become a forest since the end of World War II, the old runway was still very recognisable in 2012. Since 2009, minor changes have occurred at the Convooi site, near the helipad (Bing Maps).

After several name and functional changes the unit is now known as AOCS (Air Operations Control Station) Nieuw Milligen. It currently hosts the following units:.
Control and Reporting Center "Bandbox" (710 Squadron)
National Data Management Cell (NDMC) .
A NATO Deployable Air control centre, Recognised air picture production centre, Sensor fusion post (or DARS for short) was located at the station until 2012, it has since relocated to Italy.
Until 2017, the Military Air Traffic Control Center (MilATCC) "DutchMil" (711 Squadron) was also located at the unit. As a cost saving measure, MilATCC was merged with the civilian ATC center at Amsterdam Schiphol. 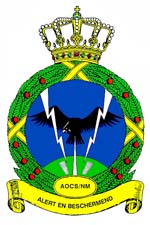 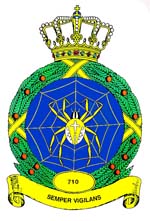 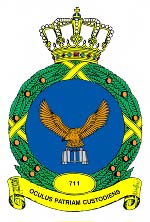 Unit crests of the Nieuw Milligen units. As of 2021, 711 will seize to exist, leaving 710 squadron as the only operational squadron at the station.

View of the helipad from an Alouette III helicopter in november 2013.