Nutts Corner air field (also known as RAF Nutts Corner and Belfast-Nutts Corner Airport) was an airfield 15 kilometers west of Belfast, Northern Ireland.
The airfield opened as a civilian airfield in 1934, taking over the civilian operations from nearby RAF Aldergrove. Civilian operations were largely abandoned at Nutts Corner during the Second World War. Instead, it was decided that Nutts Corner was to become a military airfield. Reason was that, as the battle in the Atlantic continued, the importance of beating the U-boats became more urgent. Coastal Command was expanded accordingly and in the late summer of 1940 the Airfields Board of the Air Ministry approved Nutts Corner to be expanded and upgraded.
Runway construction began in the fall of 1940. Contracted completion dates were April 1942 (main work) and September 1943 (supplementary construction). Luftwaffe reconnaissance photos taken on 24 April 1941 showed a nearly completed airfield, however.
Nutts Corner was in use from June, although not operational until September. Squadrons which operated out of Nutts Corner were 44 Sqn, 120 Sqn (formed at Nutts Corner), 160 Sqn, 220 Sqn, 231 Sqn and 1332 Heavy Conversion Unit.
Nutts Corner was an important Coastal Command station and was also used as a transport hub for aircraft arriving from the United States. 120 Sqn operated Consolidated B-24 Liberator (locally designated LB30A) Very Long Range maritime patrol bombers from the base. While ordered as long range bombers, the capacities of the early model Liberators were deemed better suited for long range maritme patrol by the British. Used to reinforce Coastal Command in this role, they became the most successful type ever to be used by the RAF in damaging and sinking U-boats.
120 Sqn was formed at Nutts Corner on 2 June 1941. The squadron became operational on 20 September, the event also marking the first time the Liberator was used in operational conditions. On 4 October the squadrons was also responsible for the first military action in a Liberator, when it attacked a Focke-Wulf Condor 500 miles west of Ireland. 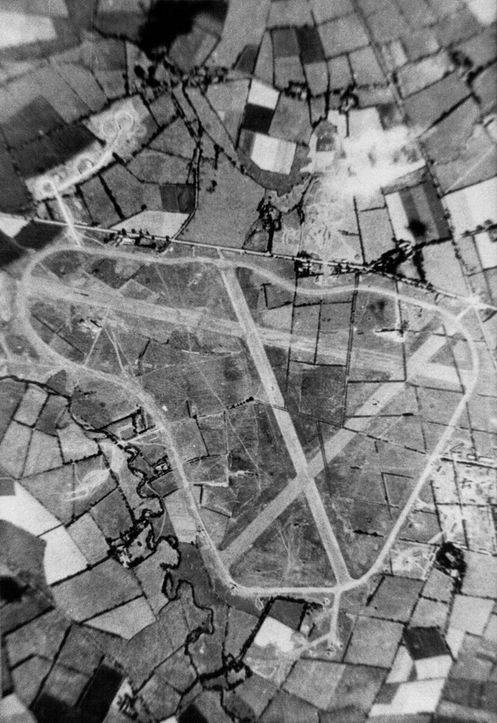 220 Sqn, operating Boeing Fortresses, began operating from Nutts Corner in February 1942. In May 1942 the base was briefly home to 160 Sqn, another Liberator squadron. Both carried out convoy escorting duties. 160 Sqn left on 30 May for RAF Lyneham, while 220 Sqn left the following month for RAF Ballykelly. 120 Sqn left Nutts Corner for RAF Ballykelly in July 1942. From 1943 it was used for the Trans Atlantic Supply Route with USAAF Flying Fortress aircraft arriving in the UK.
Although without any units of its own, Nutts Corner continued to be used by the RAF throughout the remainder of the war. For instance: Liberator LB30B AM910 (ex 40-2349), the trial installation machine for the Coastal Command Liberator MkI, crashed on landing at RAF Nutts Corner on 13 December 1944. 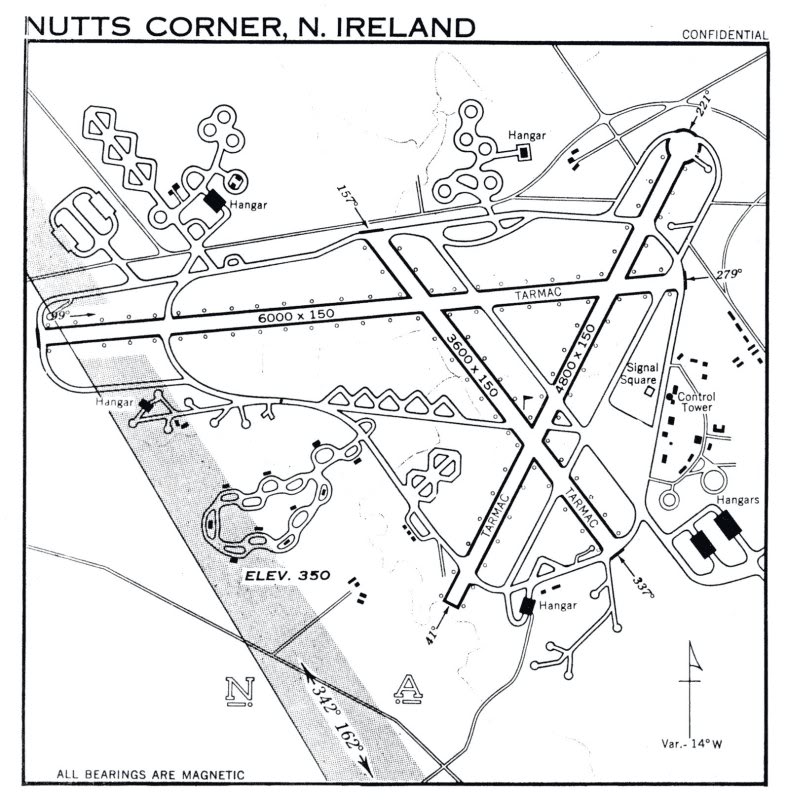 1944 map of the airfield (AirfieldInformationExchange). 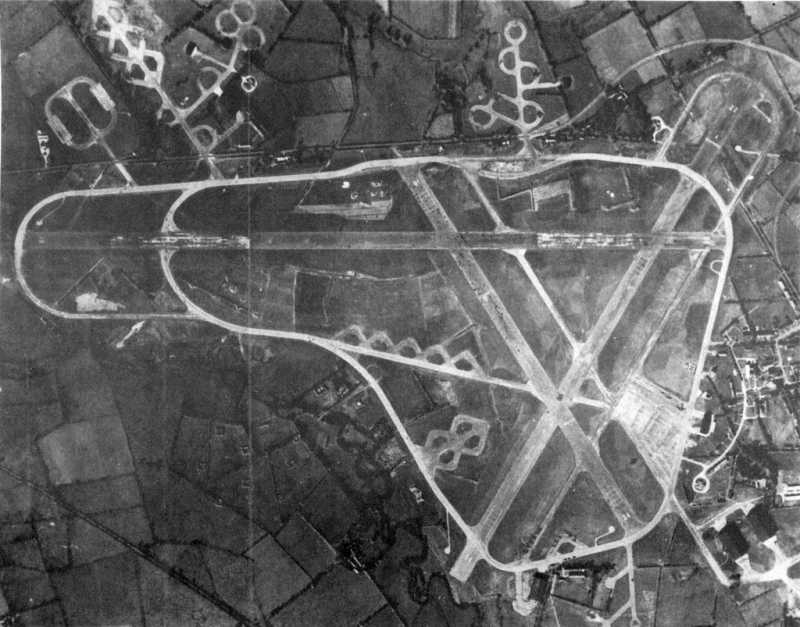 Undated, but believed to be during World War II, aerial view of the airfield (WW2talk.com). 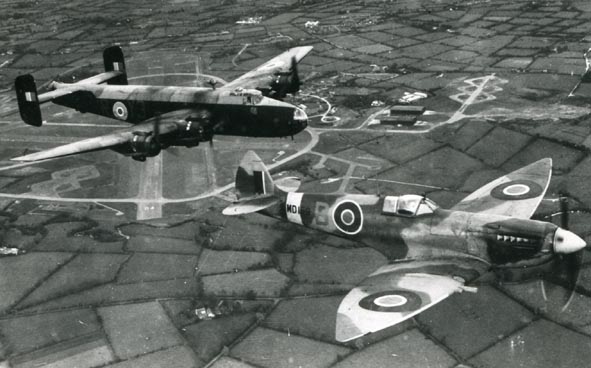 In 1946 civil air operations were transferred from Belfast Harbour Airport (todays George Best Belfast City Airport) to Nutts Corner, mainly due to the longer runways available at the airfield. Other reasons included the limited space available at Belfast for expansion and the danger associated with the obstacles present around Belfast harbour, such as cranes. The RAF station then became known as Belfast-Nutts Corner Airport.
On 5 January 1953 a BEA Vickers Viking (G-AJDL0 crashed after striking landing lights and then a building at the airfield, killing 27 people out of 35 on board. It was (and still is) the worst air distaster in Northern Ireland.
On 23 October 1957 a BEA Vickers Viscount (G-AOJA) crashed at the airport, killing all seven on board. By the end of the 1950s it became clear that Nutts Corner became unsuitable, because of the comparatively steep approach necessary for aircraft flying to the airfield. The location of the airport, close to the Belfast mountains and the obstacles located there, and the fact that of Nutts Corner's three runways, only one was suitable for modern aircraft, led to this conclusion. The decision to restore civil flights to Aldergrove was taken in July 1959. The move was made official in September 1963 and a month later the present terminal was opened.
Nutts Corner closed soon after. 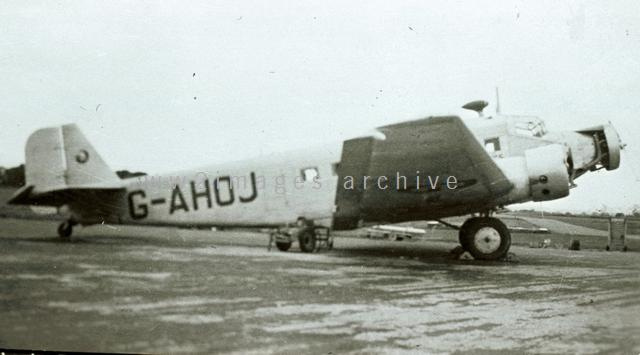 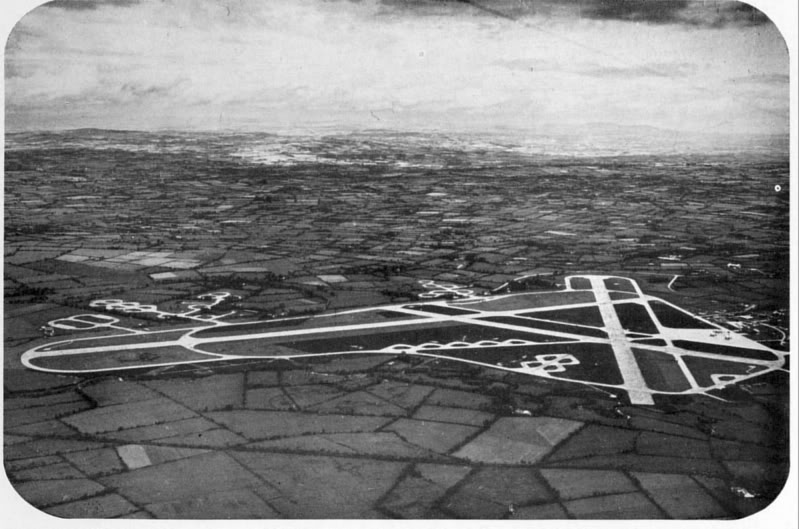 Although the airfield was closed almost 50 years ago, it is still very much recognisable. Large sections of runway and taxitrack, as well as dispersals still exist. One of the runways is now in use as a major route, the A26 Moira Road.
Between 1984 to 2004, the airfield was used for events such as the Irish Superbike Championships and Rallycross, but this was restricted due to noise complaints from local residents. A small section of the circuit continues to be used by the Northern Ireland Carting Club (NICA) and the Ulster Karting Club. The site is also used for a weekly market and a model aircraft club is on the site.
The platforms and parts of the runway are used as parking lots. 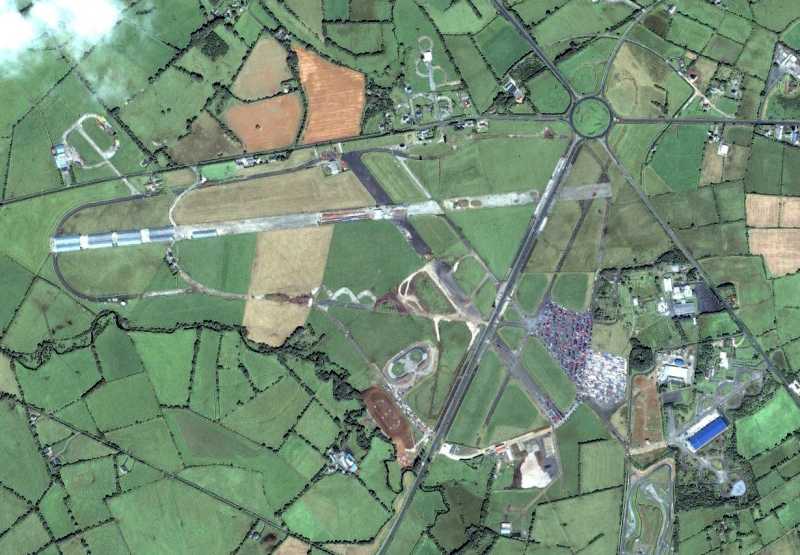 Overview of the former airfield in 2002 (Google Earth) 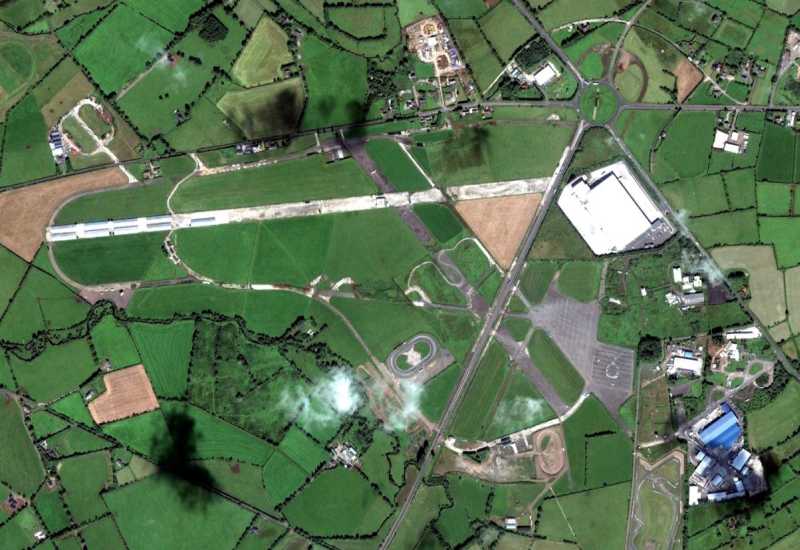 Overview of the former airfield in 2010 (Google Earth)