Airfield Oldebroek (Dutch: vliegveld Oldebroek, also known as vliegveld 't Harde) is a small army airfield located in the forest south of the villages 't Harde and Oldebroek.
After World War II the earlier Oldebroek airfield was abandoned. Instead a newer airfield -a few hundred meters to the southeast- was built, to be used exclusively by the Group Light Aircraft (Groep Lichte Vliegtuigen, or GPLV) of the RNLAF on behalf of the Army. At the time it consisted of three runways laid out on a triangular field with approaches cut out in the forest. Approaches and takeoffs were challenging, with the runways length leaving barely enough room to land and take off. On 10 Nov 1955 this resulted in the crash of a Piper Cub during landing, in which the aircraft was completely destroyed, but fortunately with only light injuries to the crew. The airfield also had a single blister hangar and a small platform in front of it.
After the RNLAF stopped using fixed wing observation aircraft in the mid 1970s, the airfield was only used by observation helicopters (Alouette-III and Bo-105). 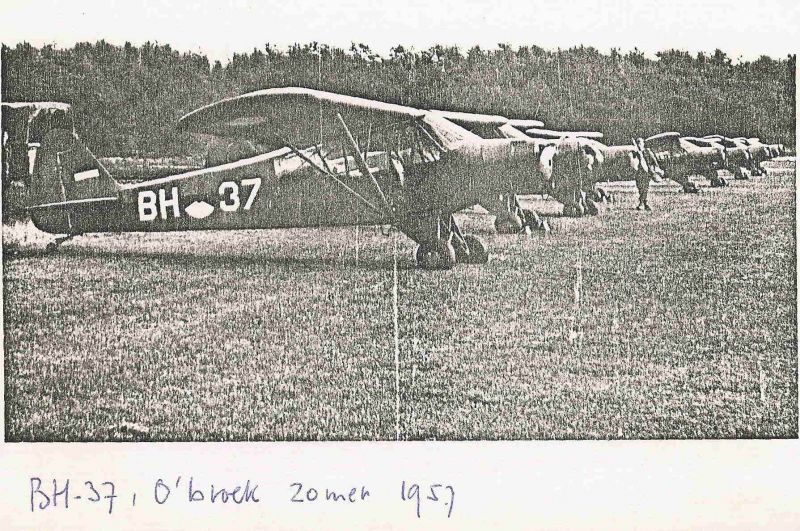 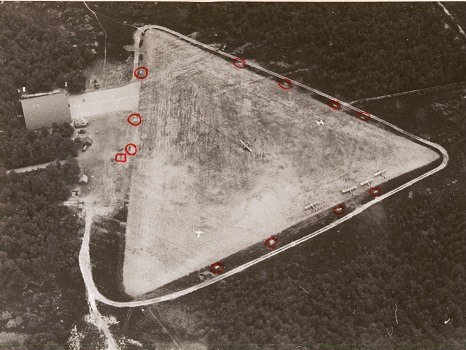 Somewhere in the 1990s it stopped being used as an airfield altogether. However, in July 2012 I received an email reporting:
"Access to the terain is still restricted, although the paths and roads around it are freely accessible. All the entries are clearly marked as 'Access Prohibited'. From the road on the south side it is possible however to get a good overview of the field. To my amazement I discovered a fairly large and well maintained hangar. The grass was cut and there is a windsock at the field.
The ends of what used to be runways are now overgrown, restricting the fields use to helicopters. The sandy roads around the airfield appear to be well used, considering the many tracks on them. (...) I did not see anything land on the airfield, but considering its well kept state, it seems to be still in use." 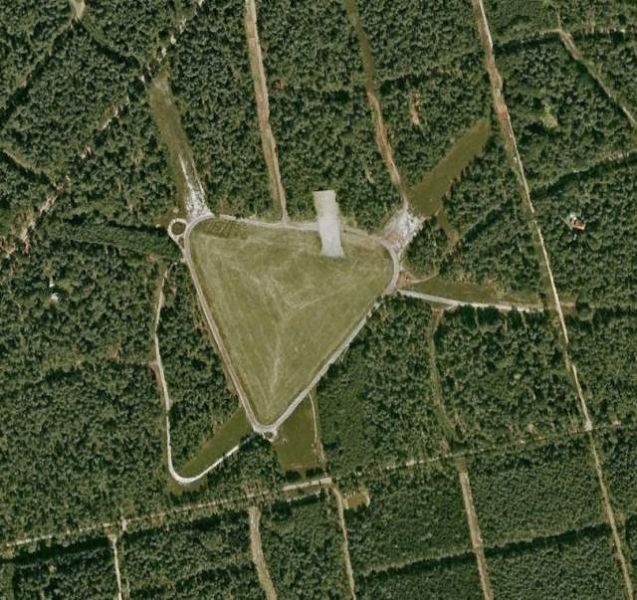 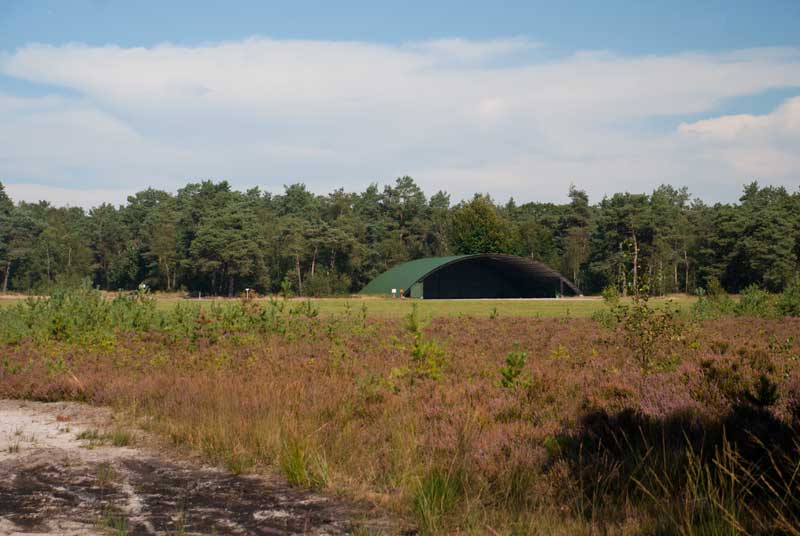 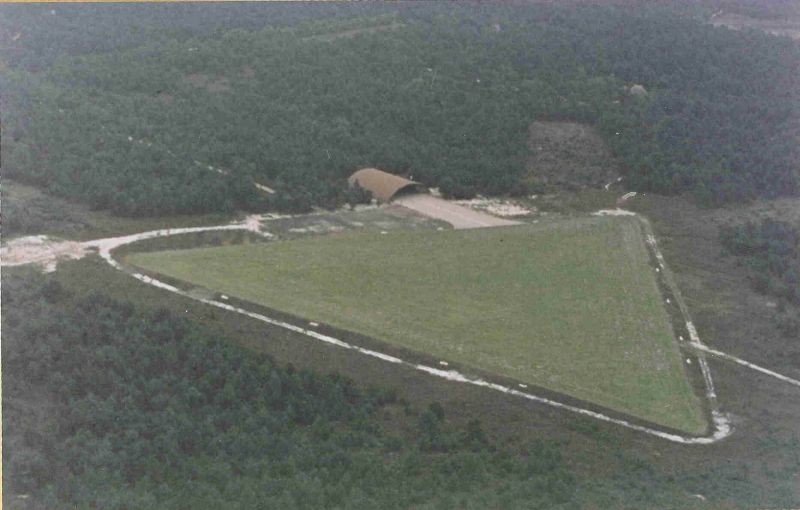 Thanks to Marcel in the Netherlands for originally pointing out this airfield!