Oraison-la-Brillanne was an airfield 620 kilometers southeast of Paris (ICAO code: LF0451).
The project to create an aerodrome near the town of Oraison along the Durance dyke was launched in 1933 by the Aéro-club des Basses-Alpes. 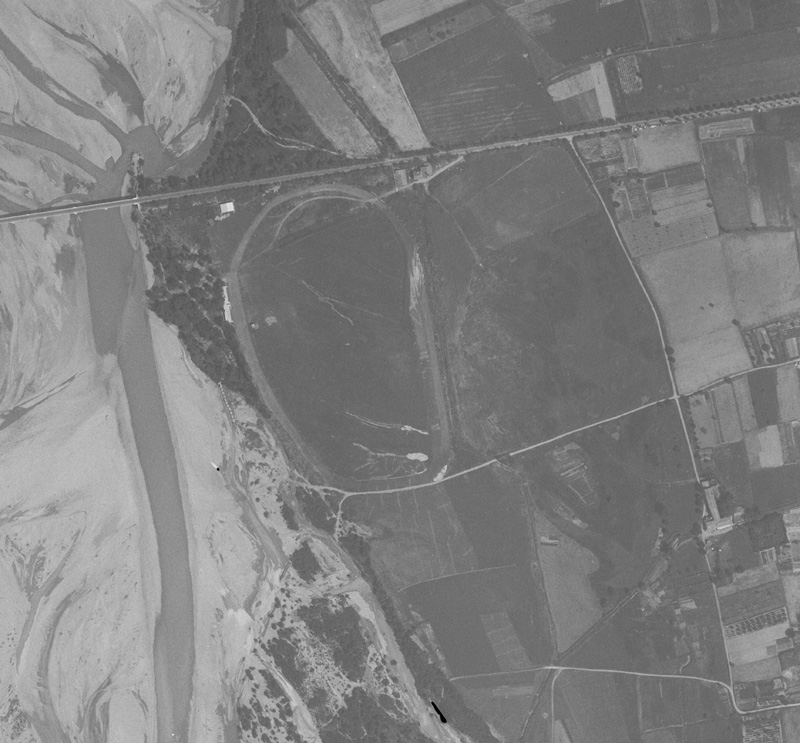 Oraison-la-Brillanne aerodrome was developed on approximately 30 hectares of land belonging mainly to the municipality but 7 hectrares originally blonged to a private individual who was expropriated. The airfield opened to public air traffic in November 1935. 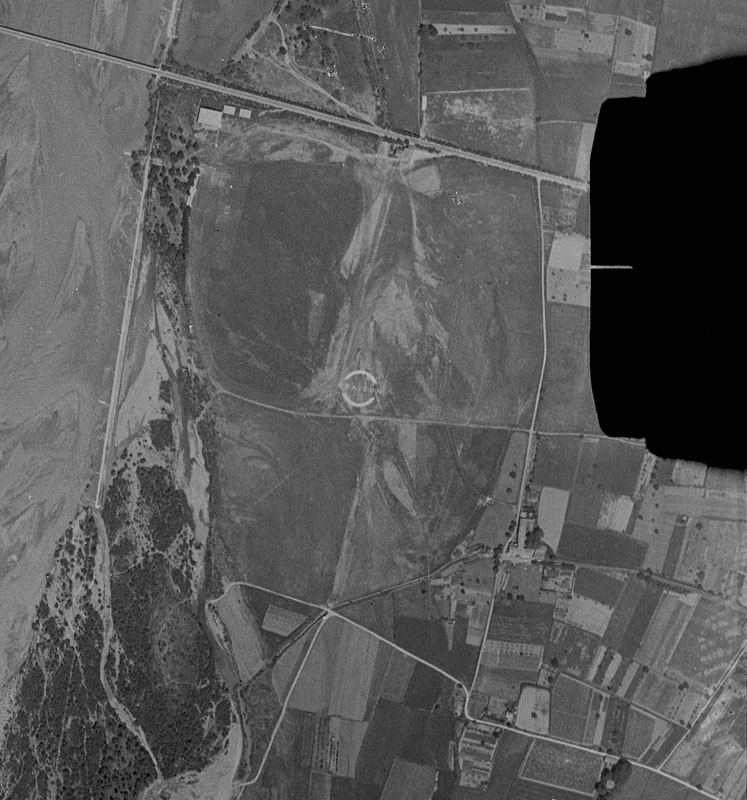 A binding agreement of the municipality with the French state made in March 1938 obliged the city of Oraison to make available to the State, by lease of 18 years, an area of 1,000 square meter so that a hangar could be built there. The city was to ensure maintenance and it would primarily used to fulfill the needs of popular aviation, but it would also offer shelter to state aircraft.

In March 1945, after World War Two had ended in France, the Minister of the Air recalled that the land was above all intended for the use of air sports, Therefore, its aeronautical characteristics had to be safeguarded so that it could be handed over to the local flying club.
Due to the poor condition of the field, the aerodrome was classified among those "very temporarily" closed to public air traffic.
The ministerial decree of 6 february 1947 opened up the possibility of the airfield being recultivated (= used for agriculture).
The mayor opposed this, pointing out that this required important and expensive works which required long-term leases incompatible with the very provisional nature of the decree.

An agreement was nonetheless found in September 1948, which would remain in force until 1957. The heirs of the owner, who was expropriated in 1935, then requested the restitution of the land on the grounds that it was not used according to its original destination. This led the Under-secretary of State for Civil Aviation to decide that the rights of the State on the aerodrome would be abandoned, so the common owner would be able to take back the terrain for free disposal. 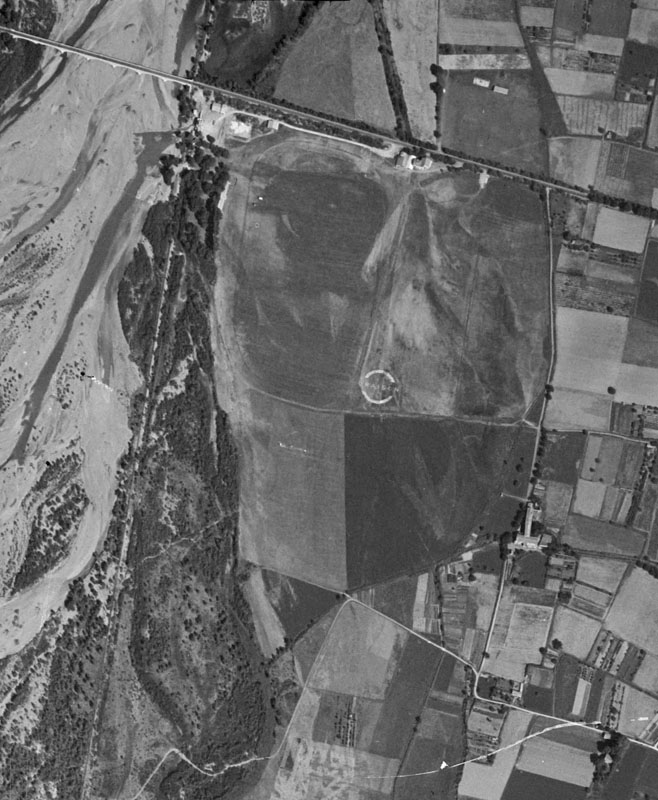 The aerodrome was officially closed in 1957, but aeronautical activities did not cease completely. The two following photos show a small base for ULM which remains under the number ICAO LF0430 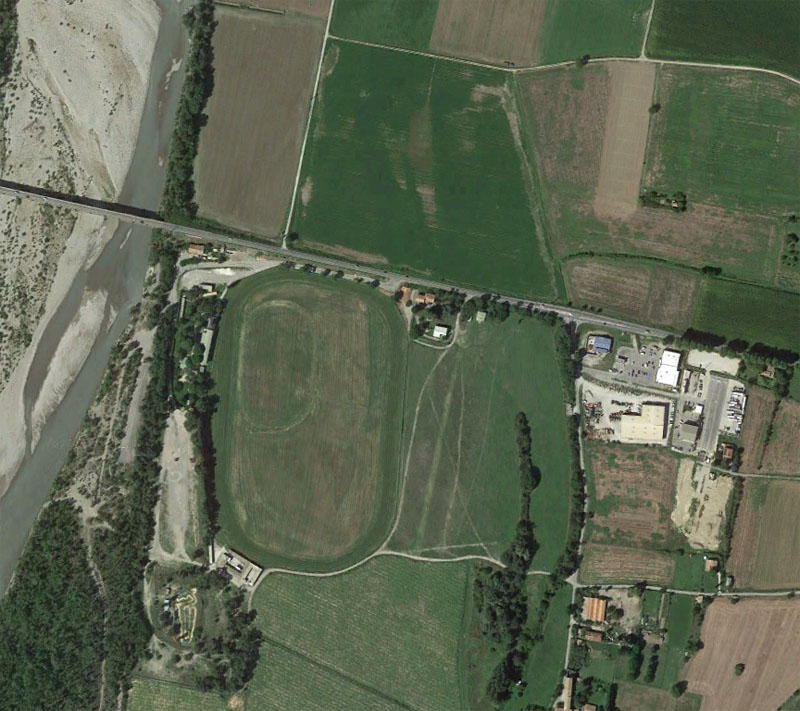 The aerodrome was closed in 1957 but 2018 photography shows the aeronautical activity did not cease (Google Earth). 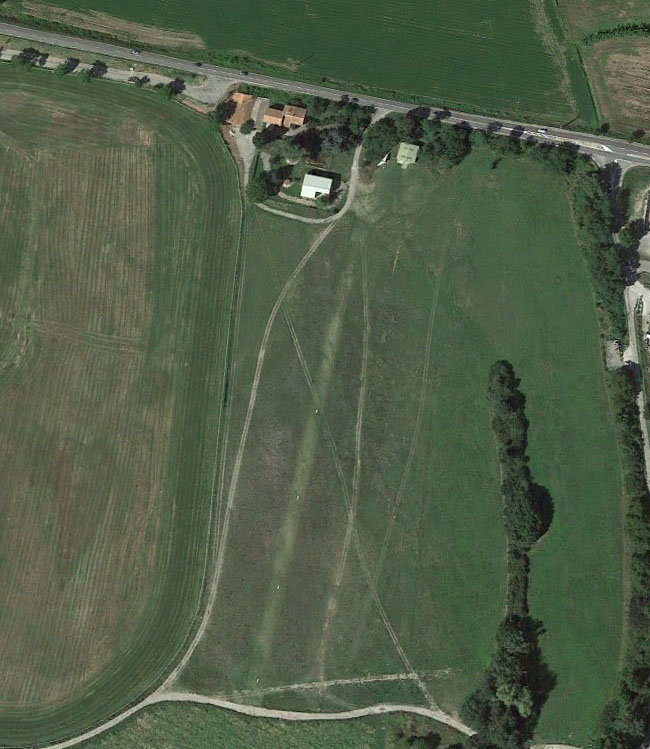 A 2018 detailled view of the little ULM airfield (Google Earth)