Orconte airfield (also known as Advanced Landing Ground A66 Orconte) was a temporary Allied airfield located 175km southeast of Paris.
Among the combat units stationed at the airfield was the 354th Fighter Group, who were stationed here between 14 September-16 October 1944. They flew support missions during the Allied invasion of Normandy and patrolled roads in front of the beachhead. They strafed German military vehicles and dropped bombs on gun emplacements, anti-aircraft artillery and concentrations of German troops when spotted. 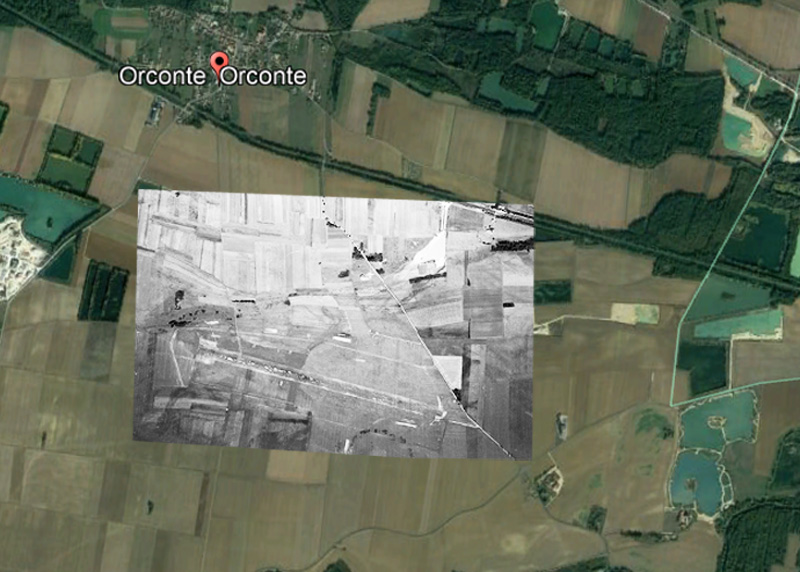 Composite photo of the airfield with a aerial photo taken in 1947.

Tents were set up for crew accommodation and support facilities. An access road was built to connect the aerodrome to existing roads. A depot for supplies, ammunition, fuel reserves, drinking water was built around the aerodrome. A provisional electrical network for the communications and lighting of the installations was put in place.

After the Americans moved east with the advancing Allied Armies, the airfield was used for transport of supplies and evacuating combat casualties. It finally closed on 1 December 1944 and the land was returned to its owners for agricultural use.

2019 - today, the place where the airfield was once located is still recongnizable from the air.