Ortanova airfield (Aeroporto militare di Ortanova/Borgo Mezzanone, or Ortenova military airport, ICAO: LIBO ) is a disused airfield located approximately 15kilometrs (8.9mi) south of Amendola Air Base and 16 kilometers east-southeast of Foggia in Apulia, Italy.
It is unknown when the air field opened. The airfield was named after nearby Orta Nova, a town 8.5 kilometers to the south. The airfield remained operational until the end of the war and the airfield closed in the summer of 1945.

Under Italian control the airfield became an annex to Amendola Air Base. It was used for flying training by FIAT G-91T jets, of which Amendola had over 60 examples. The G-91 was withdrawn from Amendola in 1995, and the base was prepared for the new AMX ground attack/trainer aircraft. When Amendola became involved in the 1999 Kosovo war much of its ground and logistical units were moved to Ortenova, to make room for Royal Netherlands Air Force and Belgian Air Force F-16s. Amongst the ground units was at least one SAM battery, but it is not known whether this was a HAWK unit or a SPADA unit.
A lot of talk has been going on about using the airfield as an alternate for Foggias congested Gino Lisa airfield. However, given the extreme proximity of Amendola this is unlikely to occur, especially because Amendola and its surroundings provide an excellent location for the Italian Air Forces flight school. Although still a military area, Ortanova airfield is currently mainly used for storage and the processing of illegal aliens, mostly from North-African origin. 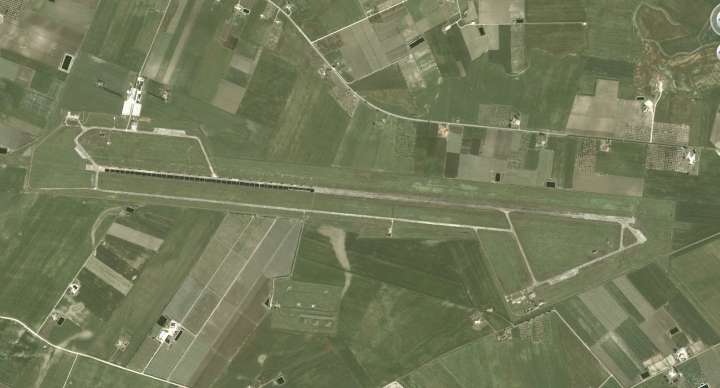 Ortanova airfield was clearly visible from the air in 2006. What appear to be a row of barracks had been placed on the runway somewhere prior to 2002 (Google Earth) 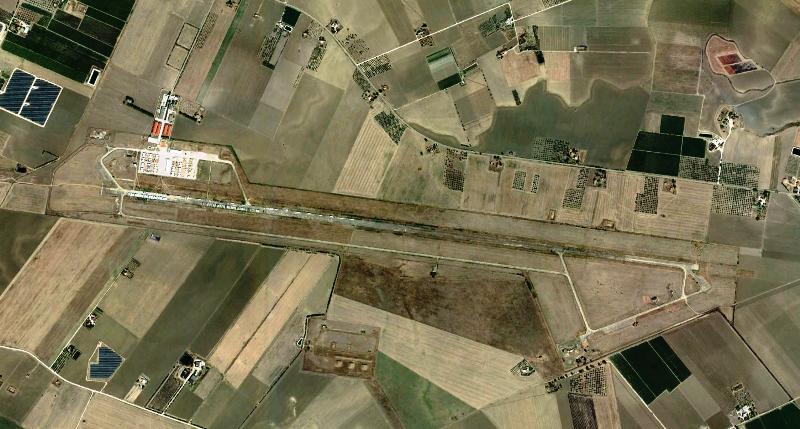 Ortanova in 2015 showed a lot of temporary constructions had been reaised on the northwest part of the airfield on completely new platform.

'Mille grazie' to Archeologi dell'Aria for helping me identify this airfield!