Airfield Oud Turnhout (Dutch: vliegveld Oud Turnhout, ICAO: EBOT) was an airfield 40 kilometers east of Antwerp, Belgium.
It is not known when the airfield was built, but as late as 1999 it was an active civilian airfield, mainly open for skydivers. By that time the grass 10/28 runway was no longer usable, however. 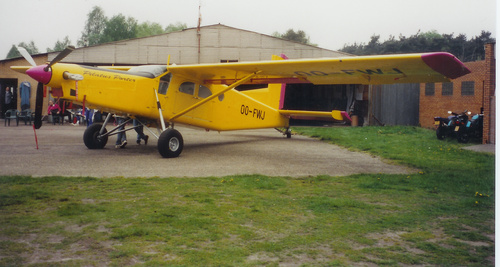 The airfield was closed after noise complaints from neighbouring villas. In 2007 the airfield was bought from the Sebrechts family by Dutch real estate investor Peter Heeren. After repeated rumours about a golf course, he announced in a 2007 interview with a local paper that he intends to use the 50 hectare plot as a private domain.

The terrain is now fenced off as a private property. 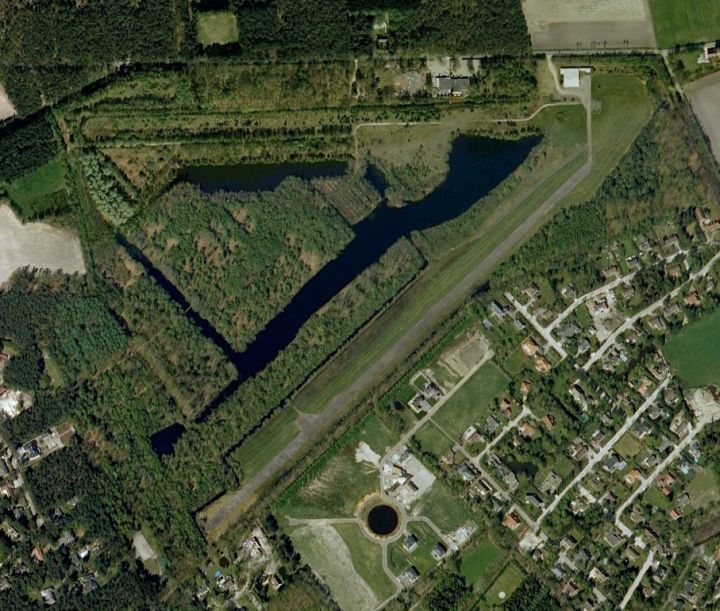 Thanks to Bart Vermeulen for pointing out this airfield!