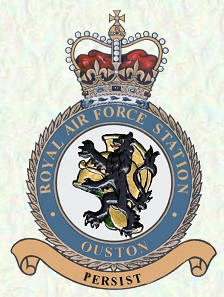 Ouston airfield (RAF Ouston, also known as USAAF station 360 and Ablemarle Barracks) was an airfield 410 kilometers north-northwest of London.
The airfield was built Between 1939 and 1941, and opened on 10 March 1941. Three runways had been built – 05/23 (1,200x50yds), 09/27 (1,250x50yds) and 14/32 (the longest, 1,400x50yds). They had an unusual layout, because they crossed almost at the centre of the airfield making them vulnerable during air raids.
The airfield had been used before construction was completed. The first resident, 13 Group Communications Flight made use of a grass strip in late 1940 with a number of civilian aircraft that had been impressed into service at the outbreak of war including a Vega Gull, two Magisters, three Gladiators, a Hornet Moth, a Proctor and a Whitney Straight.
Upon its formal opening. the airfield immediately took the role of fighter base from RAF Usworth. The first squadron based at the airfield was 317 (Polish) squadron, flying Hurricanes. They were replaced by 122 Sqn, but not before they shot down a Ju-88 on 2 June. Many frontline squadrons rotated in an out of the airfield until June 1943. On 21 June 1943 62 OTU moved into the airfield from RAF Usworth. Initially flying Ansons, they switched to Welligtons in the final months of the war. Their job was to train radar operators for night fighters, and they did so until they disbanded in June 1945.

No photos have been located

In July 1945 80 OTU began training French Spitfire pilots until the unit disbanded in early March 1945. In May 1946 22SFTS moved into the airfield, flying Harvards (RAF name for the T-6 Texan) but they disbanded soon after. At the same time the airfield was being turned over to the reserves, with 607 Sqn (Royal Auxiliary Air Force) reforming at the base flying Spitfires. They converted to Vampires in 1951, which they operated until the unit disbanded in 1957.
To allow jet operations the main runway was lengthened and provided with Quick Reaction Aleert areas on both ends. Additionally a large concrete apron was built. No. 1965 Flight of No. 664 Squadron was also based at Ouston from 1 September 1949 until 14 February 1954 with Auster AOP.6s. Continuing in its reserve role, the station housed Northumbria University Air Squadron, 11 Air Experience Flight, 641 Gliding School. At the same time it was used as an Relieve Landing Ground by the Jet Provosts of 6 Flying Training School RAF Acklington.
For five months of 1967 the base became North East Regional Airport, while the runway at Newcastle was lengthened and renovated.

The airfield closed as an active airfield by the end of September 1974. It was passed on to the Army, who renamed it Ablemarle Barracks. Although the Army Air Corps never based any aircraft at the station, it is occasionally still being used by the AAC during exercises. Also it has a secure compound for the transport of warheads for the UK Trident programme located on one of the runways. 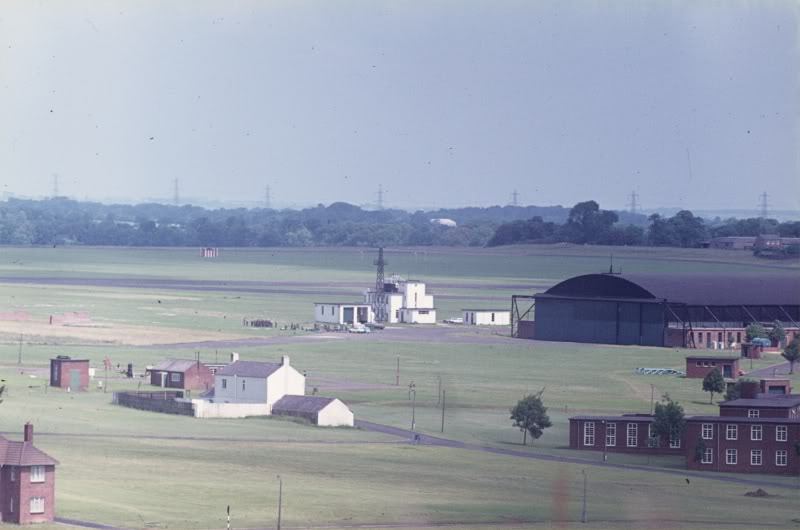 View of Ouston in June 1976, two years after the Army took over the airfield (AirfieldInformationExchange). 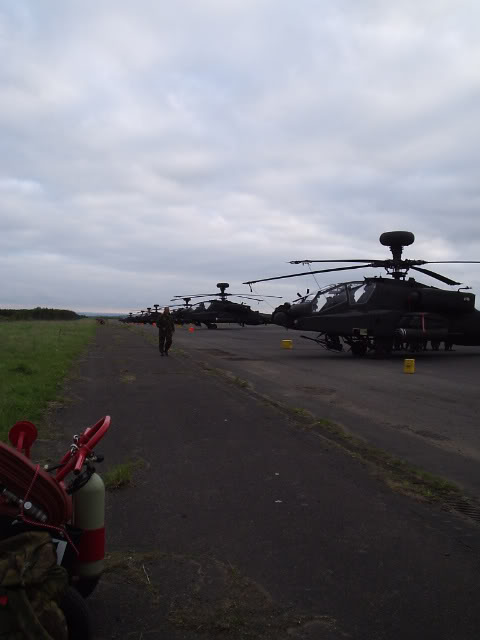 No less than 7 Apache helicopters parked on the runway at the airfield in 2008 (neam.myfreeforum.org). 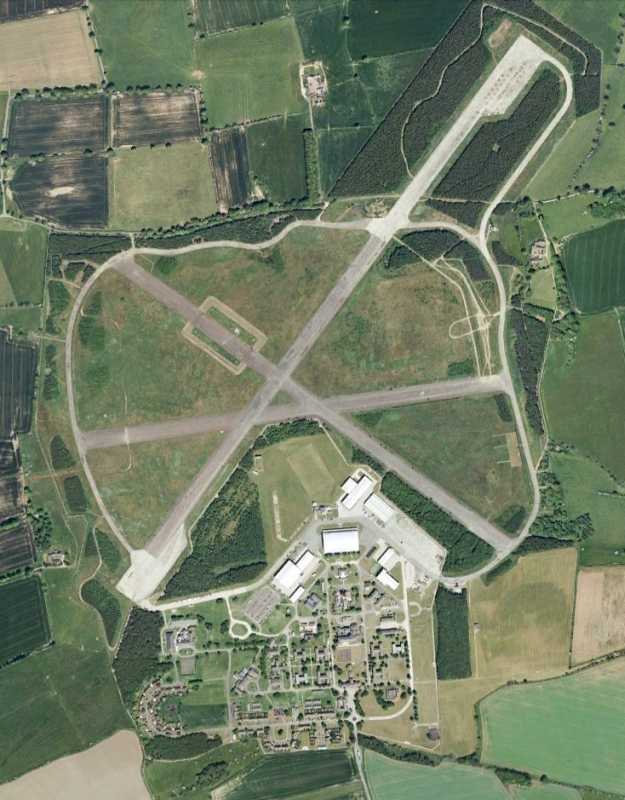 Overview of the airfield in 2009, with the secure nuclear compound clearly visible (Google Earth) 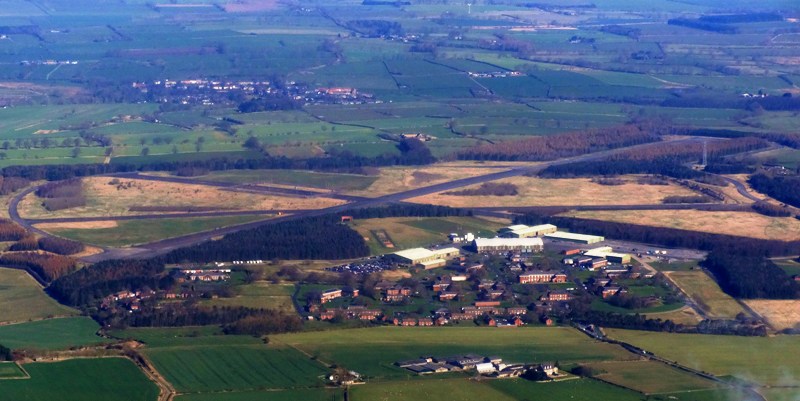