Airfield Pasewalk (german: Flugplatz Pasewalk, ICAO: EDCV) is the only airfield in Uecker-Randow
The airfield is located 3 kiometers (1.6NM) west of Pasewalk.
Airfield Pasewalk was built in 1957 for the local air sports club.
It celebrated its 50th anniversay in 2007.
In 1991 the airfield was obtained from the German government and the flying club "Ueckerfalken" was founded 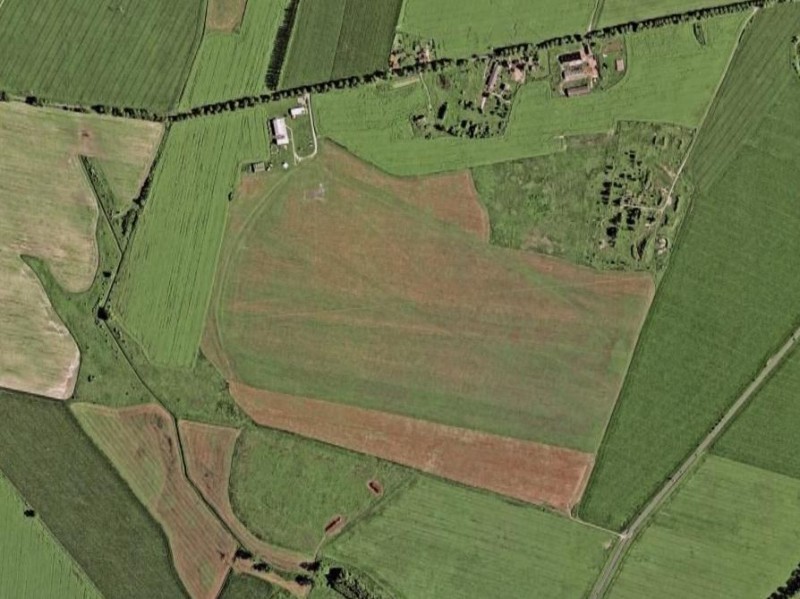 Airfield Pasewalk in 2000, not much more than a grass field at the time (Google Earth)


Since 2000 Pasewalk has undergone an upgrade, giving it a 900meter asphalt runway next to the grass runway in 2001.
This was primarily done to support the Competence Centre for Aircraft Development and Construction, which was set up to improve employability in the region.
At present, the main user of the airstrip is the aerial sports club "Uecker-Falken"; in the future, it will also be used by the tenants of the Competence Centre for Aircraft Development and Construction.
Air traffic control is conducted from within the building complex of the aerial sports club.
The planned second phase of the development of the site foresees the extension of the runway to a length of 1,200meters, as well as navigation lights and electronic landing aids. 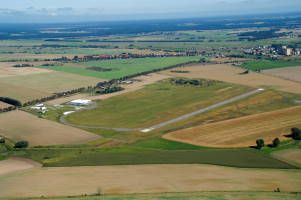 a very smal image of Pasewalk, showing the new asphalt runway and taxiway

Approach map to Pasewalk in 2001