Airfield Pütnitz-Damgarten (german: Flugplatz Pütnitz/Damgarten) an airfield in Nordvorpommern, on the Baltic coast in Brandenburg, Germany.
The airfield was built by order of the Wehrmacht in the 1930s.
Because of its location next to Lake Ribnitz (also known as the Saaler Bodden) it also got facilities to handle floatplanes.
The airfield was home to two aircraft production facilities: Bachman and Heinkel (Rostock).
The Luftwaffe remained the main user throughout the war though.


Immediately after World War II the airfield became home to refugees and displaced persons, although the Soviets kept maintaining the old Luftwaffe runway and beacons.
In 1951 Red Army forces took control of the airfield and enlarged the area to about 520 hectares.
By doing so they created one of the most important airfields of the USSR.
The airfield had two units stationed on ti: the 773rd Fighter Regiment (flying MiG-21s) on the western end of the airfield, and on the northeastern side the 16th Fighter Division.
From 1982 the airfield was also home to the 74.OBAE (russian: Otdel'naya Buksirovochnaya Aviatsionnaya Eskadril'ya - Independent Towing Aviation Squadron) flying 12 Il-28.
From Damgarten this unit could support navy, air force and army units, because of the nearby air-to-air and surface-to-air ranges, making it an ideal base for the purpose.
They replaced their aircraft with MiG-23Ms when the 'Beagles' were retired in November 1986, but only weeks later the unit was disbanded.
Their role was taken over by yellow-coded modified 'Frogfoots' in 1989, until the German government banned live firing exercises in 1991.
The airfields MiG-21PFMs were replaced with MiG-29 Fulcrums somewhere in the mid 1980s. 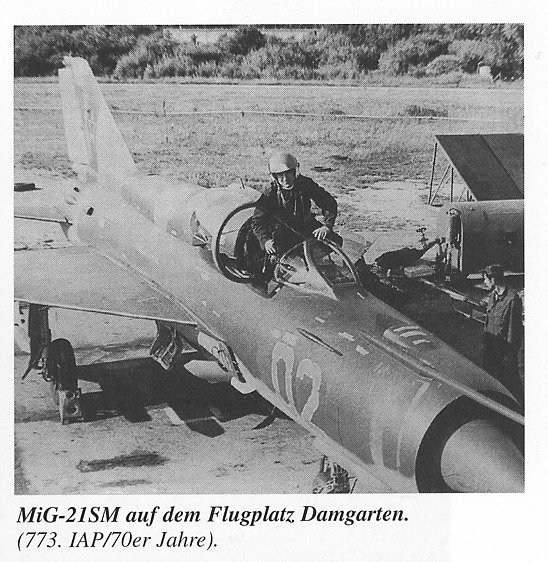 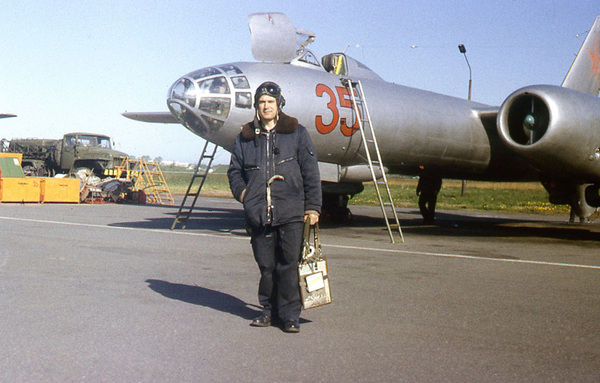 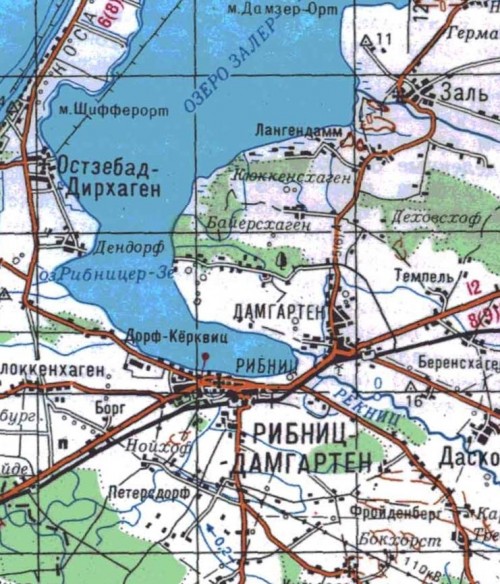 Pütnitz/Damgarten on a Soviet map, note the airfield is a white area!

When the Russian air force had left in 1994 the German Finance Minitry took control of the airfield.
For many years the terrain was not used and fell into disrepair.
Today the western side of the airfield is under restoration by the Pütnitz Technical association (Technik-Verein Pütnitz), who also run a small museum at the airfield.
They use several pre-1945 hangars and the platforms to the water.
The entire airfield is still intact, albeit in a state of disrepair.
Most of the base buildings, especially the housing area have been bricked in to discourage entering. 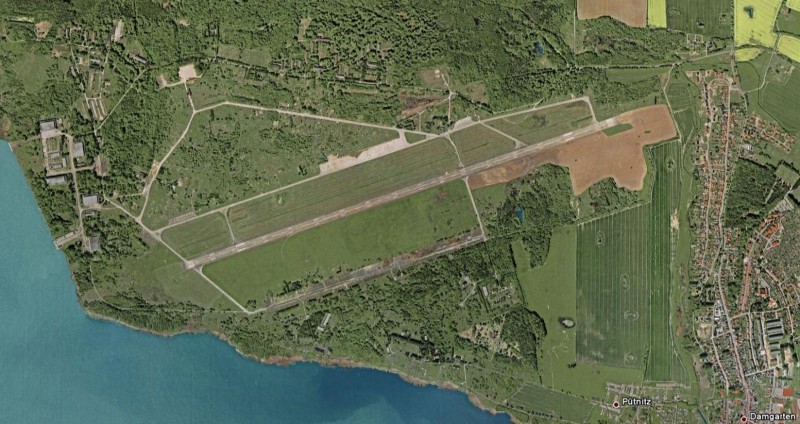