Airfield Pferdsfeld (german:Fliegerhorst Pferdsfeld or Flugplatz Pferdsfeld, ICAO EDSP/ETSP) was an airbase of the Luftwaffe in Rhineland-Palatinate, Germany.
It was ordered to be built in 1935, construction began in 1938 and the first aircraft, a Fieseler Storch, landed on 29 August 1939. 3 Do-17 reconnaissance aircraft were stationed at the airfield in November 1939, and they remained there until the end of hostilities in France in June 1940. Over the course of the war Pferdsfeld was used by several other units

When the French occupation army began searching for suitable airfields after the war they found Pferdsfeld on a map. They confiscated the airfield, and began expanding it by adding 320 hectares of field and another 95 hectares of forest. Construction began in June 1951. In a relatively short amount of time they construed the current runway and taxiway system, platforms, hangars, barracks and ammunition and fuel complexes.
American aircraft tested the brand new airfield in 1952, after which it was assigned to the RCAF (Royal Canadian Air Force). Delays in construction forced the Canadians to Baden-Söllingen however, and from 1957 Pferdsfeld was used by the USAF and RCAF, who occasionally used the airfield during exercises. From 1958 until 1961, about 30 USAF staff were taking care of the airfield, maintaining its POL and weapons supplies. The USAF also altered the airfield as ordered by SHAPE; they lengthened the runway to 3000meter by adding overruns, command bunkers and a Ground Controlled Approach system. 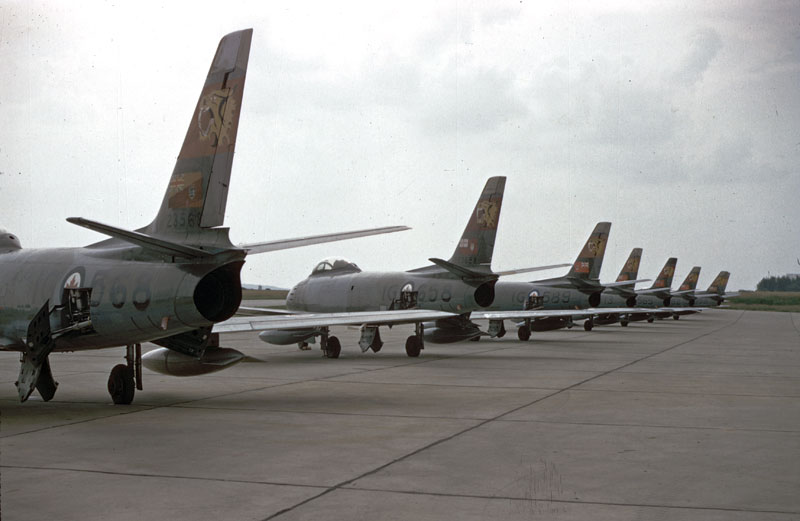 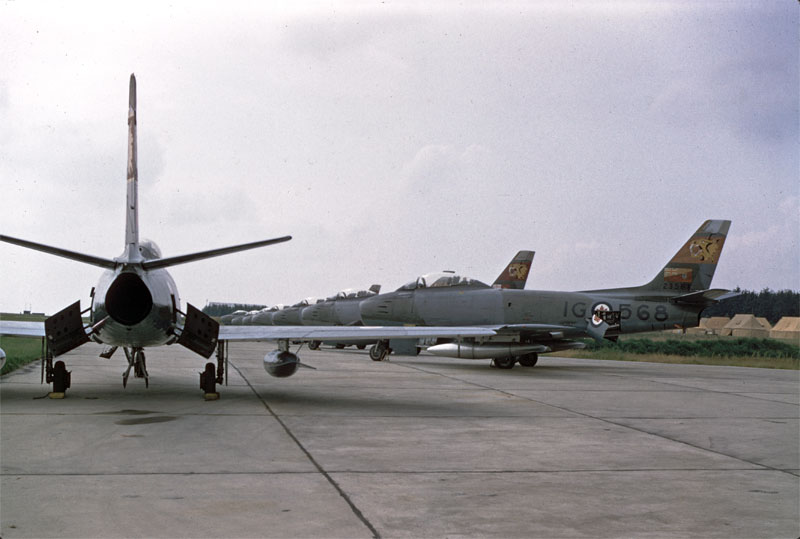 The same deployment to Pferdsfeld in 1958. Notice the tents in the background (Angus Gillingham, via Peter Gillingham)

When the USAF were done building in 1961, the entire installation became home to Sabres of JG73 of the new Luftwaffe. JG73 renumbered to JG42 and then traded in its Sabres for G91R3s in 1966, for which the airfield had to be rebuilt yet again. Because the G91s were a completely different aircraft,  the units designation changed to Light Attack Wing (or Leichtes Kampsgeschwader) LKG42.
In 1975 the Luftwaffe began equipping Pferdsfeld with its ultimate mount: the F-4F Phantom-II, and again, the airfield had to be rebuilt and the unit redesignated. It was first redesignated Attack Fighter Wing (Jagdbombergeschwader or JaBoG)35, and then back to its original JG73. The introduction of the Phantom at Pferdsfeld also meant the end of the village that had given the airfield its name. The Phantoms were so noisy ("the noisiest ever"), that the German government decided that the inhabitants of the village had te be relocated and the village was to be demolished. The last building in the village (a church) was blown up in 1983.
This time the Geschwader stuck to its planes much longer: the Phantoms were still at the airfield when JG73 flew out to Laage. 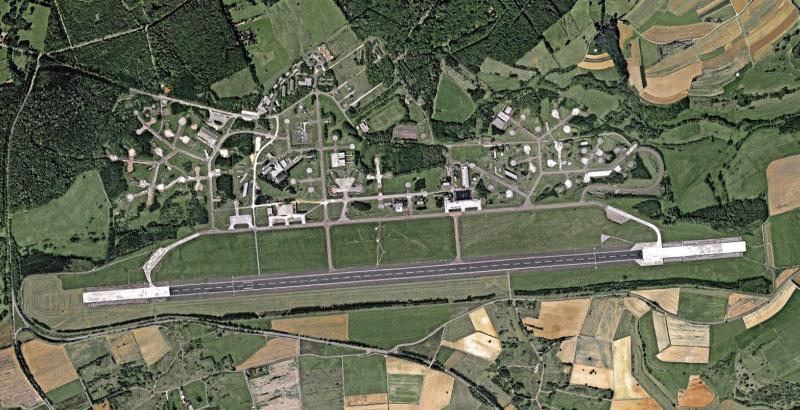 Pferdsfeld was handed over to Rhineland-Palatinate, who has tried to find a non-flying use for the former airbase. Some private companies moved into the airfield, such as Adam Opel AG, who use the airfield as a test track for GM/Opel cars. The airfields closure has left its mark on the region however, as only 25% of civilian jobs have been recreated at the former airfield. 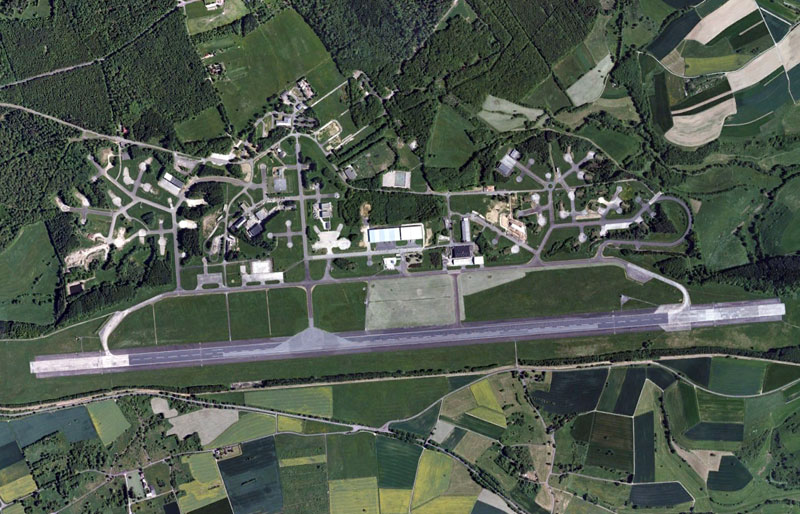 Pferdsfeld in 2010. The runways are marked closed (albeit with very small yellow Xs) and a lot of hangars and most of the hardened aircraft shelters have been removed. Most obvious ar the changes made to the runway (Google Earth).

By 2010 most of the HAS aircraft shelters had been demolished. Hangars had been taken down and modifications had been made to the runway and exits. A solar energy park was erected on the west side of the shelter area. Much of the site is still up for rent, however.