Air field Poupeville was an emergency landing strip near Utah Beach in Normandy, France
The strip was completed on D-Day and served as the first safe location for Allied aircraft having to make an emergency landing on the beachhead. The strip only measured 600m in length, because it was only intended for landings only, not for takeoffs. The landing strip was completed on D-Day, and remained in use for a while. It is not known if it was actually used by any aircraft.
According to the IX Engineer Command website it is not known when the airstrip was released back to its owners. 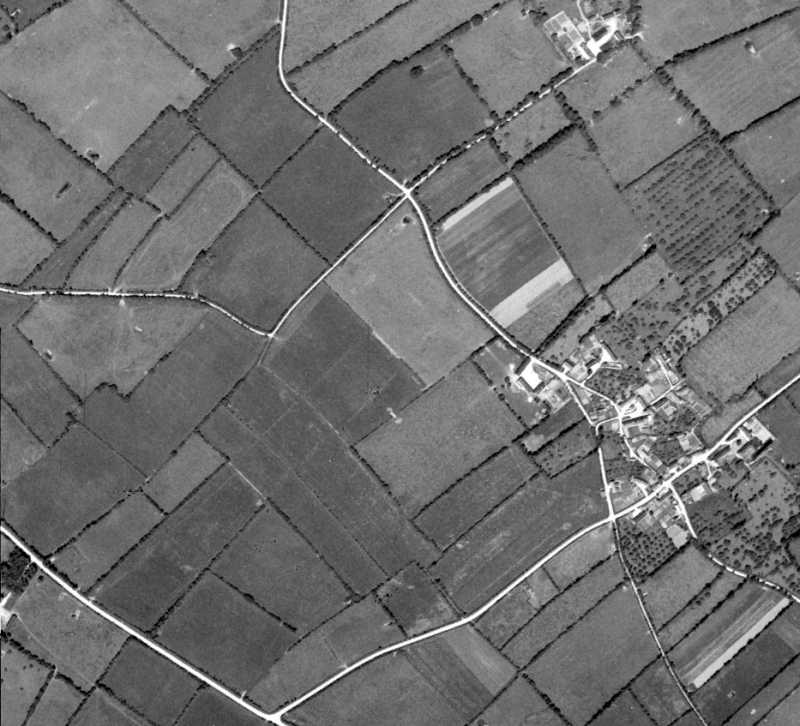 ELS-1 Poupeville was still faintly recognisable when IGN had Normandy photographed on 11 Jun 1947. Normandy's famous hedges ("bocages") were missing locally, and lines in the soil showed the outline of the landing strip, west of Poupeville village on the right (Photo IGN, via Rémi Brouillaud). 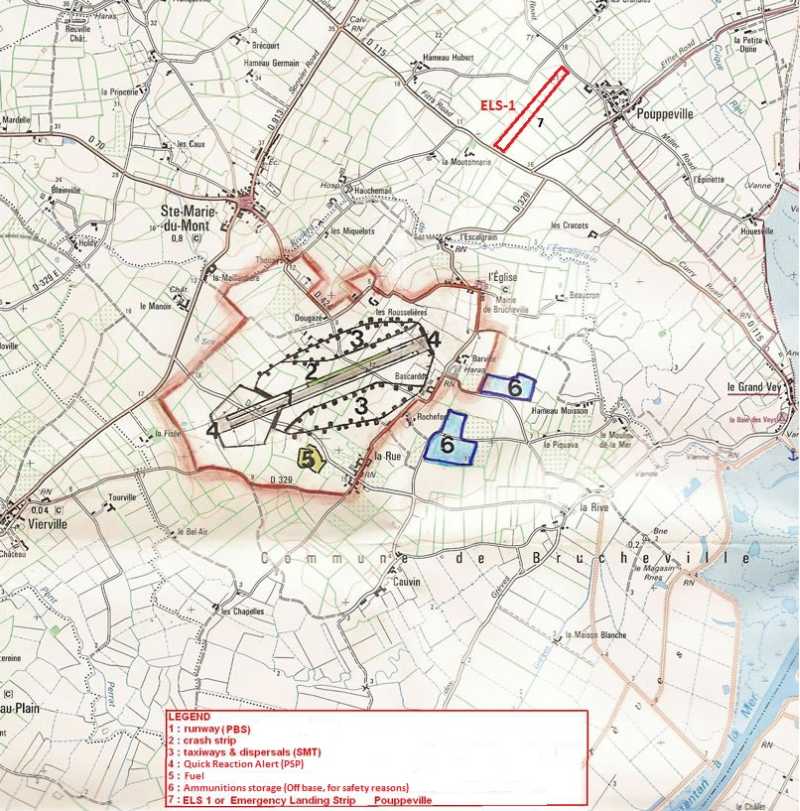 "Merci beaucoup" to Mr. Rémi Brouillaud of France for pointing me to the location of this airfield!