Airfield Rips (Dutch: vliegveld (De) Rips, also known as ALG B-84 Rips) was an airfield in Noord-Brabant, the Netherlands.
It was constructed in June 1944 by order of the German occupation forces as a dispersal site for Volkel air Base. By the end of the month 500 people were working on its construction, sometimes brought in by bus from as far away as Amsterdam. Trees had to be felled, drainage ditches needed to be filled and fields had to be levelled. The fields were then covered with grass and heath from nearby fields. The filling of the drainage ditches caused widespread disturbance of the local water management. As a result, the airfield proved to be of very limited use during periods of heavy rainfall.

On 3 july 1944, a German soldier, possibly irritated by small fights amongst the forced laborers, took his rifle and bajonet and stabbed Helmonder Lucas van Rooij. Lucas was brought to hospital in Helmond, where he died from his injuries later that evening.
The airfield -indirectly- also cost the life of Mayor Wim Wijtvliet, who consistently refused to appoint civilians for forced labour. During the construction of the airfield the German Sicherheitsdienst (Secret Service) finally had enough of him and ordered him arrested on 6 July. After several weeks he was transported to a concentration camp northeast of Berlin, where he was put to work at the Heinkel plant in Oranienburg. The Mayor, by then a weak and very ill man, died in Sachsenhausen-Buchenwald concentration camp in February 1945. The first Luftwaffe aircraft landed in August, but subsequent events saw most Luftwaffe aircraft withdrawn to Germany. 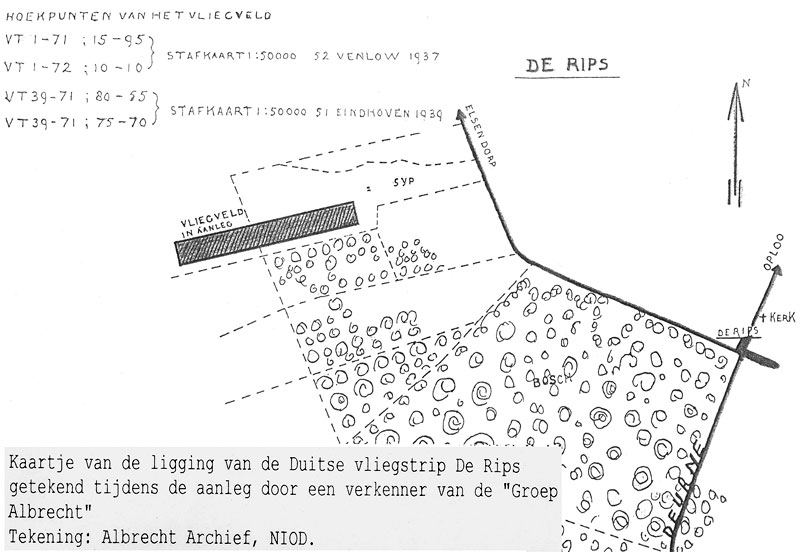 Between 3 October 1944 and 14 October 1944 the airfield was rebuilt by 13 Airfield Construction Group (13 ACG) and renamed ALG B84 De Rips. As such, it was home to 126Wing (RCAF). Their rolling stock, fuel and spare parts were hidden in the edges of the forest. Tents were put up for the personnel and maintenance. Their Spitfires were used to good effect around Nijmegen, including the shooting down of Germany's first jet aircraft.
By mid-october heavy rains had changed the airfield into a mud-pool. Aircraft were parked in water up to their axels and ordered to move to Volkel air base. During the four days that operations were possible, 126 Wing had managed to perform 568 operational sorties. Once 126 Wing had left the airfield, it was only used as an emergency landing ground and shortly after the war it was returned to farmland. 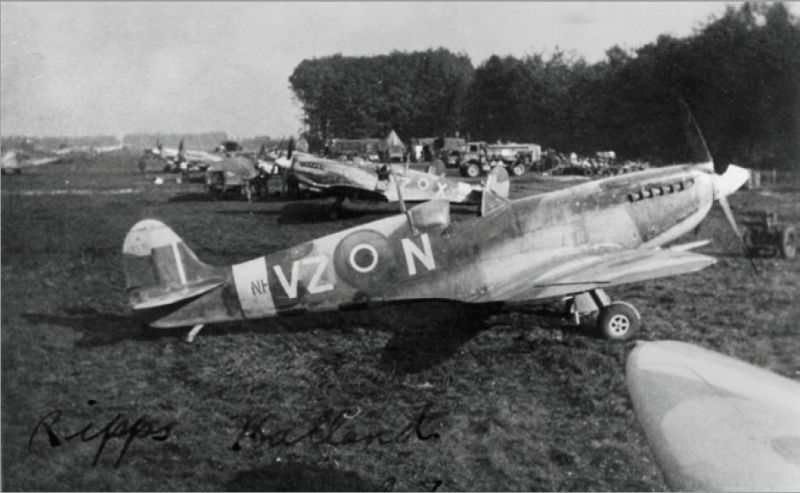 126 Wing Spitfires parked on the south side of De Rips (spelled here as Ripps) during its short operational carreer in October 1944.
(RCAF, via Interactive Heritage Wiki of the Province of Noord-Brabant (in Dutch)). 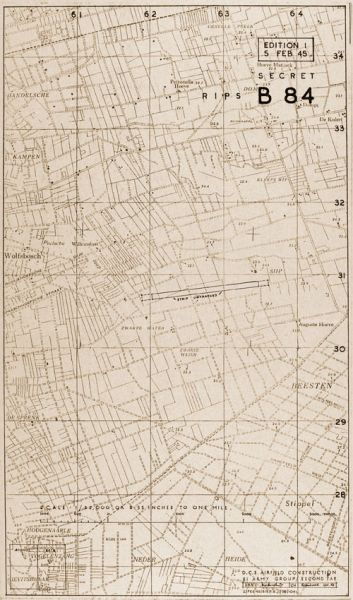 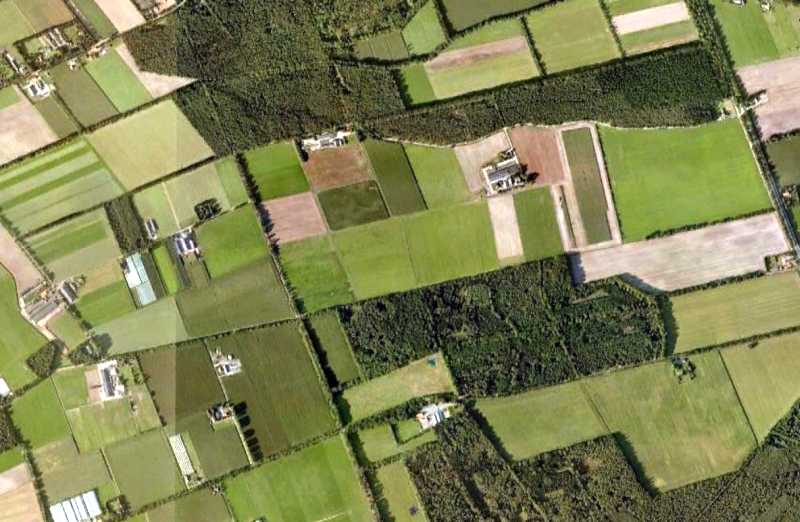 Thank you to Chris Visser for updating me on this airfield!