Air field Rocroi (french: aérodrome Rocroi, aérodrome Regniowez, or Aérodrome Eteignières) was a reserve NATO airfield 4kilometers south of the Belgian border in the Ardennes department, France.
Rocroi was built in 1956 as part of a chain of NATO reserve air bases built by order of SACEUR in the 1950s, either by upgrading existing airbases, or by building completely new ones. The runways at these airfields were extended (existing bases) or new built to NATO standards. Their runway length was to be 2400meters with a preference for an emergency parallel runway (23 meter width) of the same length. NATO minimum for the back-up runway was 2000 meter. 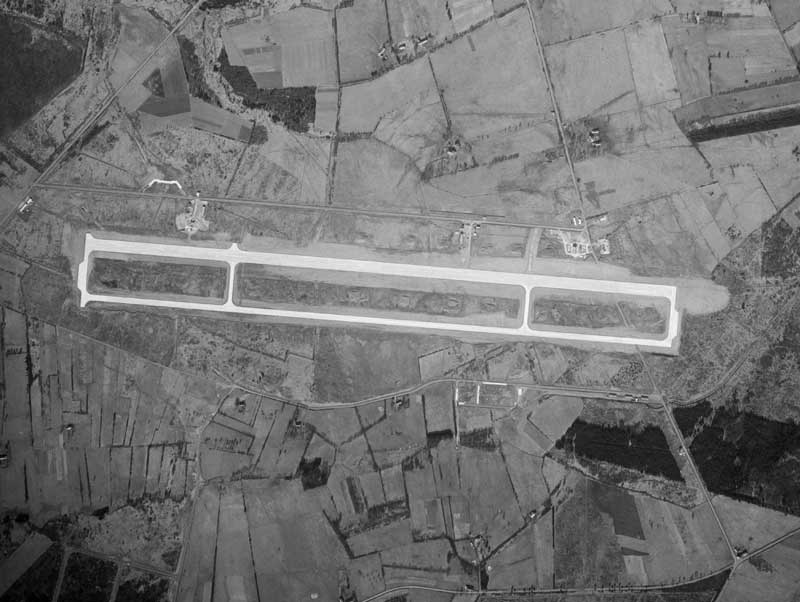 Construction of Rocroi/Regniowez in 1956. The runway and main taxi track have been built, and it appears there is a hint of construction on a 'marguerite' dispersal on the northeast side. Two beginnings of exits on the northwest side suggest another 'Marguerite' was planned there. It never progressed beyond what can be seen here however, possibly because SACEUR/SHAPE began to believe that the dispersal strategy might not work against nuclear fall out (geoportail.fr).

Later, between 1958 and 1961, the main runways of operational bases were lengthened to 10.000 ft class (around 3000meters) with the addition of so called overruns. The airbase is a 'bare base' facility, with a parallel runway, barely any infrastructure and a single medium sized hangar in addition to very limited parking facilities. 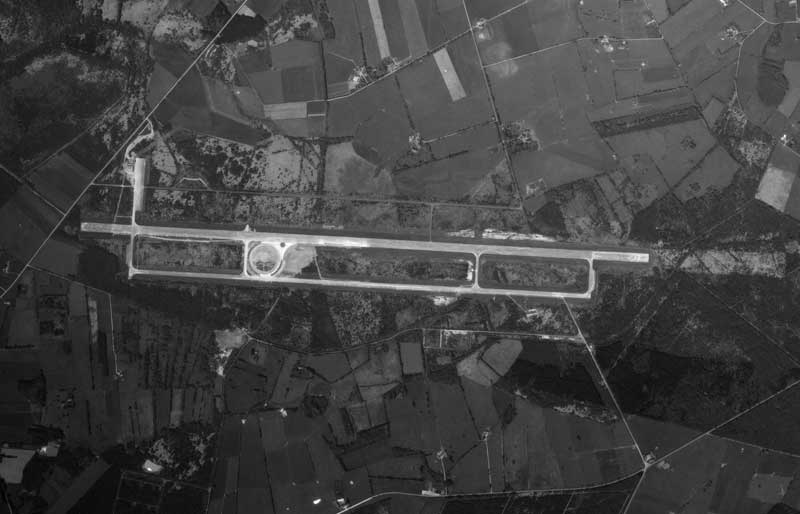 Rocroi in 1974, after the airfield had been sold off to a private automotive company. The runway has small 'x' markings on both ends to indicate the airfield is closed. Clearly visible are the lengthened runways and the modest platform on the northwest side. The platform did include a hangar (geoportail.fr). 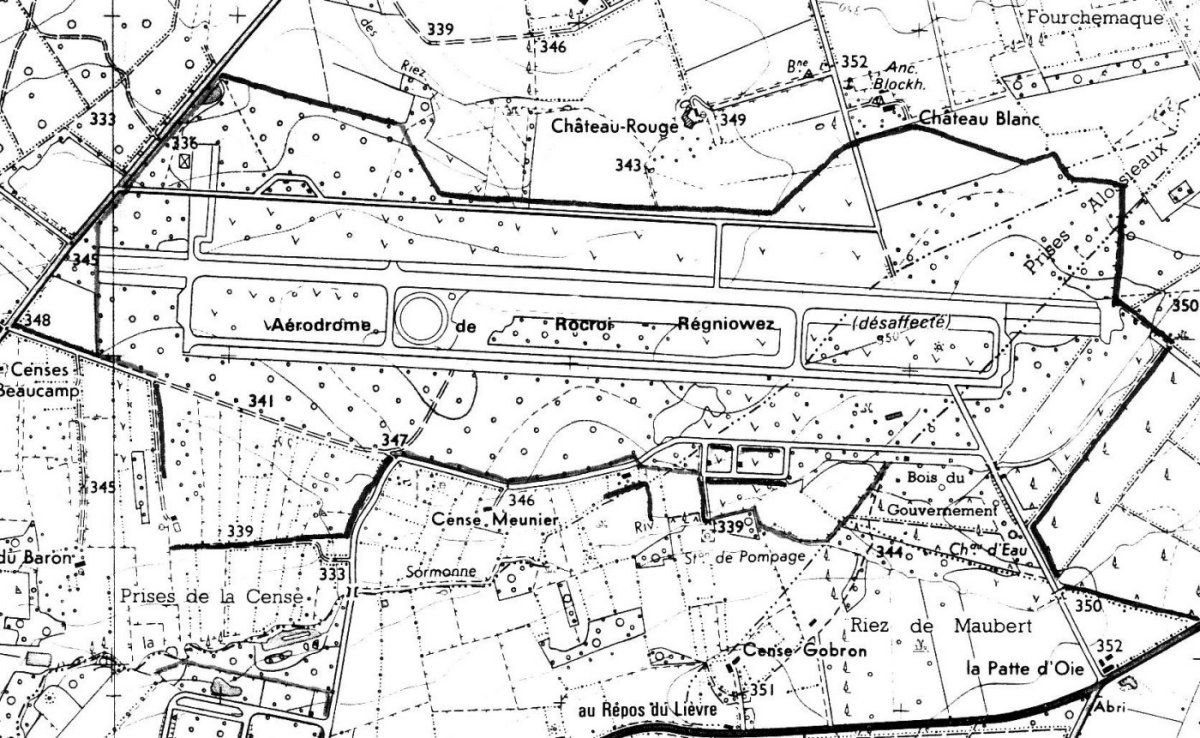 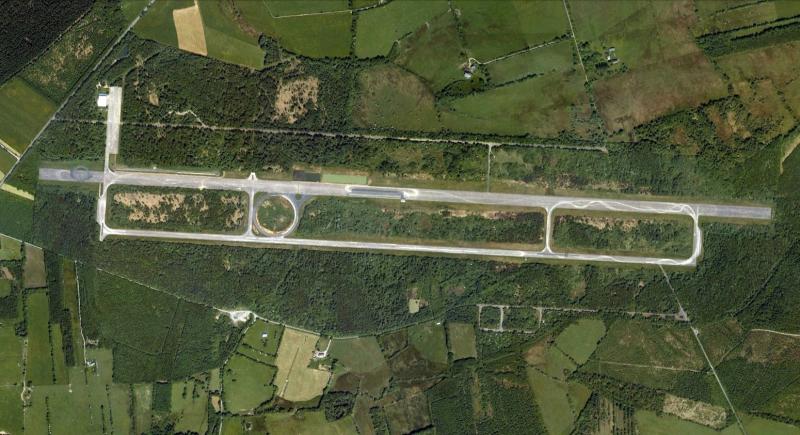 Overview of the former airfield in 2005. The circlular road seems to be the only serious change to the airfield.

Around 1970 the airfield was transferred to the Ardennes Departement. In 2006 it became property of an independent car testing company, who made some minor adjustments to the air field. In general the airfield still looks like it can be activated in days. 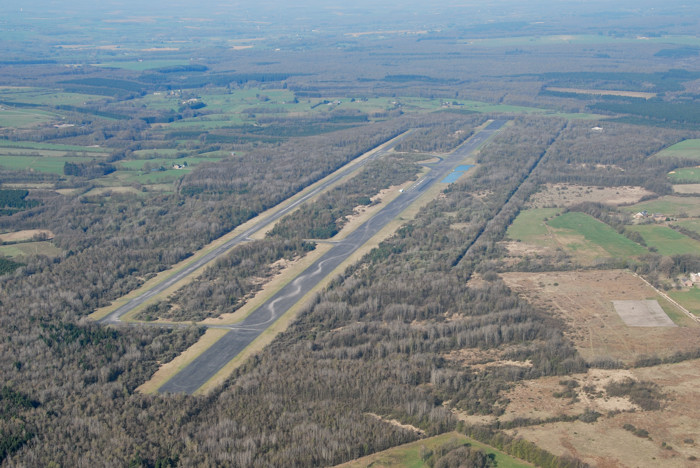