Rufforth airfield (RAF Rufforth) was an airfield 280 kilometers north-northwest of London.
The airfield was built in 1941, only 4 miles west of York. Originally it was to have a main 1600yd runway and two 1100yd runways, but all were lengthened before the airfield opened. Rufforths' runways, taxitracks and dispersals were all made of concrete.
After opening in the summer of 1942, RAF Rufforth was initially only used by operational otaining units from other airfields. Its first operational squadron arrived from RAF East Moor in the fall of 1942; 158 Sqn flying Halifaxes. This squadron did not stay long, but moved to Lissett near the end of February 1943 to make room for the Halifax Operational Training Unit of No. 4 Group. The move was used as an opportunity to make a lot of repairs to the tracks, because the contrete was cracking.
1663 Heavy Conversion Unit (HCU) was formed at Rufforth in March 1943. It trained Halifax crews until it disbanded in May 1945. The unit saw a change in command when they were transferred from 4 Group (Bomber Command) to 7 Group (Training Command).
Although only one came from 1663HCU, a total of 18 Halifaxes were lost during operations from Rufforth, .

RAF Rufforth was maintained by the RAF after the war. In June 1949 the first Slingsby T21 Sedbergh of 23 Gliding School arrived at the airfield. In December 1951 the first Slingsby T31 Cadet was introduced. The unit was renamed 642 Volunteer Gliding School in 1955. In 1959 642VGS moved to RAF Linton-on-Ouse, and the airfield was closed on care and maintenance under 60 Maintenance Unit. 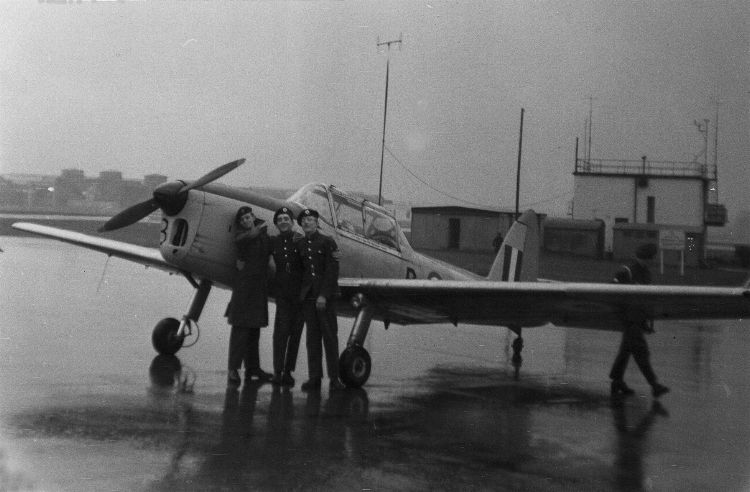 Whilst still a defense installation, the airfield became a racing circuit, with the first races held in 1959. It held races until 1962, and continued to host Formula 2 and Formula Junior races until 1978. RAF presence did not last that long; they withdrew from the airfield in 1974. The airfield was sold off by the Ministry of Defence in 1981.  Still, this did not mean the end for the airfield.
In 1982, British television company ITV used the airfield to film the 9 episode TV drama 'Airline'. Set after the end of World War 2, it was a story about a demobbed RAF transport pilot who tried to set up his own airline with DC-3/C47 transports. 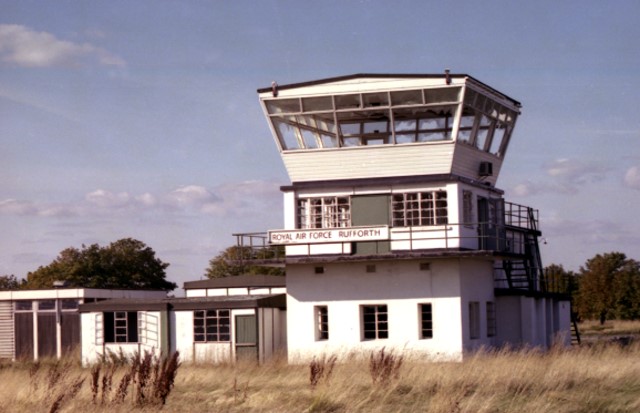 Photographed in 1981, this photo shows the control tower of RAF Rufforth, some years after the RAF left the airfield. Since, the wood built top floor constructed in the 1960s has been removed (Paul Francis, via AirfieldResearchGroup). 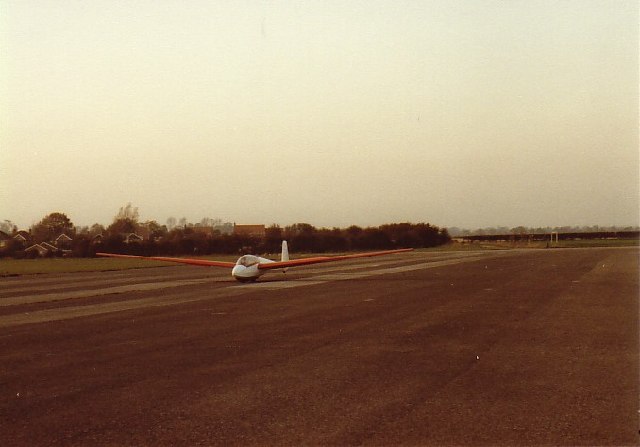 A glider on the north end of the runway at Rufforth in 1982 (Wikipedia).

Somewhere between 1982 and 2002 the airfield lost the center section of its main runway. The two remaining sections are still in use as runways: the east section (06E/24E)for microlight aircraft, the West section (06W/24W) for a small GA airfield. The 18/36 runway is still in use with the same GA airfield, albeit at greatly reduced length. Runway 11/29 still exists, but it is withdrawn from use. Much of the southern taxitrack has disappeared.
The tower building still exists. 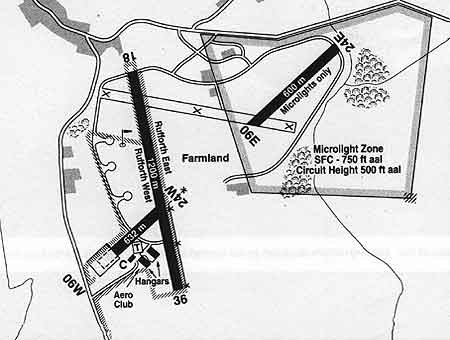 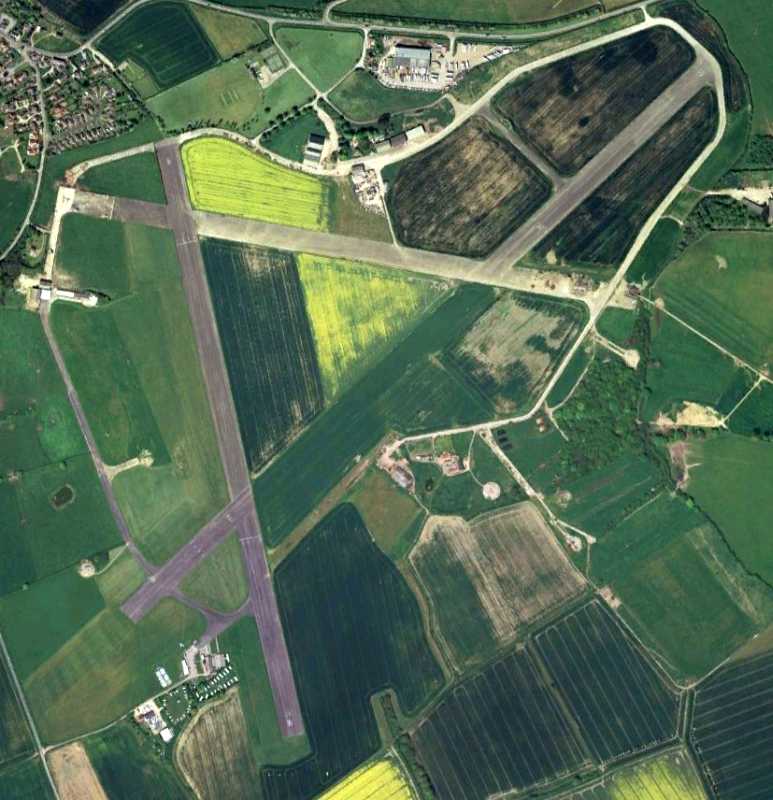 Overview of the airfield in 2007 (Google Earth)