Saint-James airfield (ALG A-29 - Saint-James) was an Advanced Landing Ground (ALG, a temporary forward airfield) 270km west of Paris.
On 1 August 1944, American troops liberated Saint-James. The next day the American military began to build a temporary airfield in Saint-James. Within a week, engineers from the 825th Engineer Aviation Battalion built the airfield, designated ALG 'A-29 - Saint James', which would be used by 9th Air Force's 373rd Fighter Group operating with P-47 Thunderbolt fighter-bombers. A 1500 meter-long jute airstrip (PHS), housing and support facilities were installed in virtually no time. 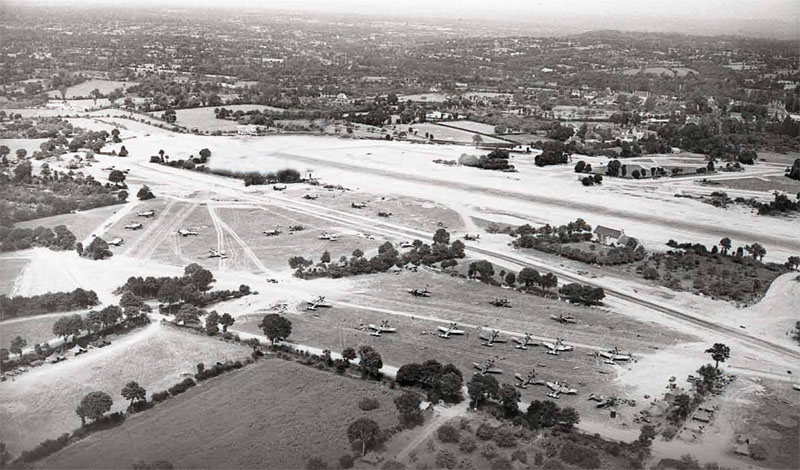 A-29 - Saint-James airfield while in use (USAAF, collection Philippe Faure)

From 19 August their P-47 fighter-bombers carried out missions from the airfield, supporting land advances westward into Brittany and a vast encirclement maneuver aimed at trapping the 7th German Army.
On 27 or 28 August, General Eisenhower met General de Gaulle at A-29 Saint-James to discuss the anticipated situation after the liberation of Paris. The P-47 Thunderbolts left Saint-James for Reims, in eastern France, on 19 September. It saw some use by military transports before the base was permanently decommissioned on 28 september 1944. 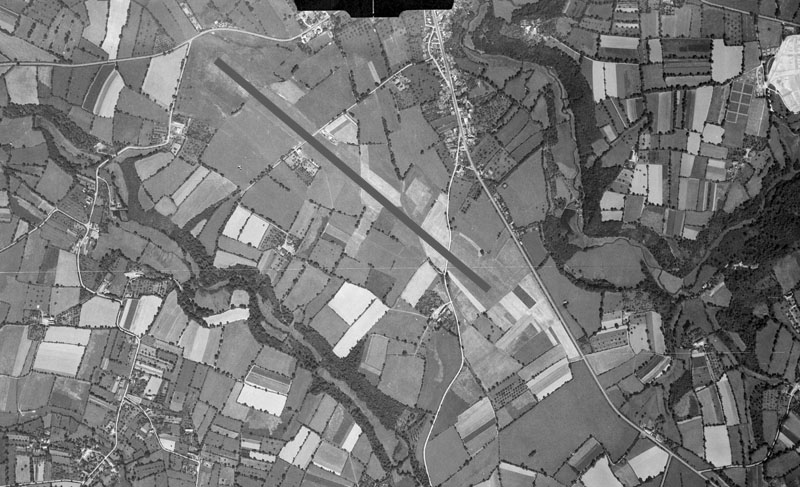 1947 - Aerial view. (ign.gouv.fr)
The airfield practically disappeared two years after it was abandoned. The gray line roughly represents the location of the track.