Air field Saint-Laurent-sur-Mer (also known as Emergency Landing Ground E-1, Transport Landing Ground T-1, Advanced Landing Ground (ALG)-1 and Advanced Landing Ground (ALG)-21) was an advanced airfield on the Normandy beachhead in France.
Its short history is a bit confusing because of the American numbering system, which initially allowed two airfields on the beachhead to exist with the number 1. The other airfield was Saint-Pierre-du-Mont, until St. Laurent was renumbered to ALG-21. Reconstructing events I have come to the conclusion that the description on this page is the correct version.
The airfield was completed as emergency airstrip E-1 at the end of D-Day, the invasion of France. It was built by the 834th Engineer Aviation Battalion. On 8 and 9 June 1944 an RAF Ames Type 15 GCI radar site was active on the west side of the airfield, but it moved to St. Pieree du Mont in the night of 9 and 10 June. The airfield was expanded and then taken into service as a transport airfield accepting aircraft up to the size of a C-47. The C-47s brought fresh infantry to the beachhead and flew out again with casualties. The airfield was abandoned on 25-Aug 1944. 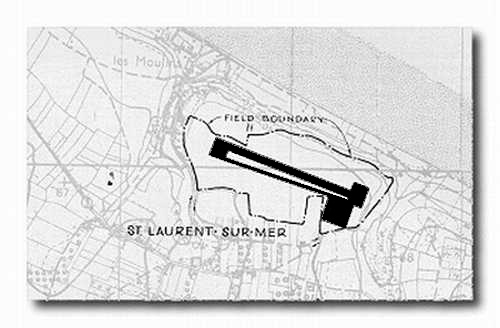 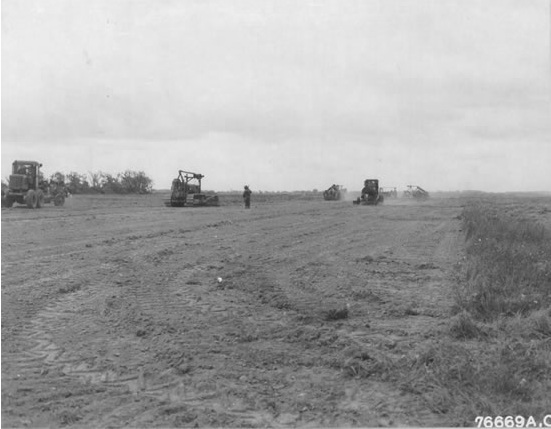 The airfield while under construction by the 834th Engineer Aviation Battallion (6juin1944.com (in french)).

Shortly after they left the airfield was dismantled and returned to the original owners. Today there is little or no physical evidence of its existence or its location. It is easy to find though, as it is the ground immediately west of the Omaha Beach American Cemetary. 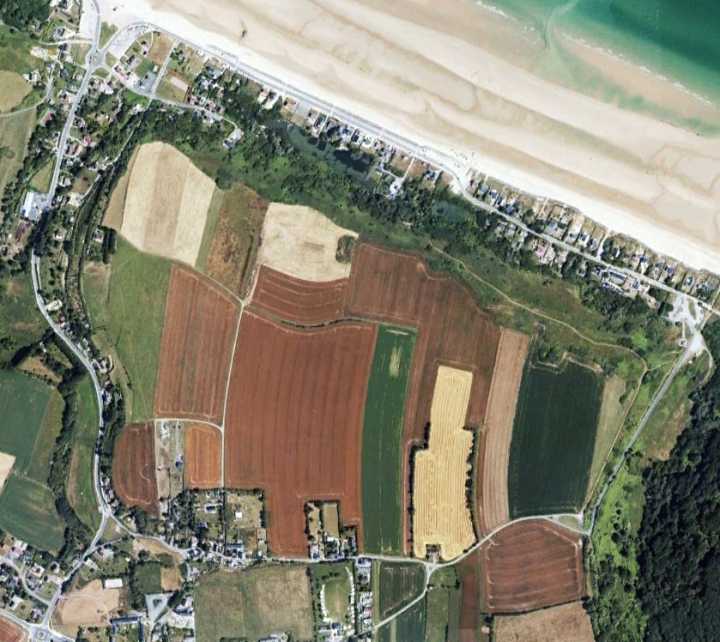 The location of the airfield in 2005 (Google Earth)