Air field Saint-Pierre-du-Mont (also known as Emergency Landing Strip (ELS) A-1, Refuelling and Rearming Strip (RRS) A-1, Advanced Landing Ground (ALG) A-1) was an advanced airfield on the Normandy beachhead in France.
The airfield was built by the 834th Engineer Aviation Battalion and completed only 2 days after the D-Day landings in France. Its short history is a bit confusing because of the American numbering system, which initially allowed two airfields on the beachhead to exist with the number 1. The other airfield numbered A-1 was Saint-Laurent-sur-Mer, until that airfield was renumbered to ALG-21. Reconstructing events I have come to the conclusion that the description on this page is the correct version.
Construction of the airfield began on 7 June, the day after the initial invasion, and was completed on 8 June at 1800 hrs. It was pressed into service as Emergency Landing Strip 1 (ELS A-1) with a 1000x35m/3400x120ft untracked (grass/dirt) runway. It served only small observation aircraft at that time. Just over 24 hours later (18:45) it had been upgraded from a Refuelling and Rearming Strip (RRS A-1) to an Advanced Landing Ground (ALG A-1), able to handle aircraft up to the C-47 transport.
From 10 June 1944 an RAF Ames Type 15 GCI radar site became active at the airfield, the only survivor of three that were accidentally sent to the Normandy beaches on D-Day, instead of D-Day+3 of the invasion. An unknown P-38 unit began using the airfield on 11 June. After his day trip to Normandy on June 12, General "Hap" Arnold, USAAF commander, returned to the UK from A-1. 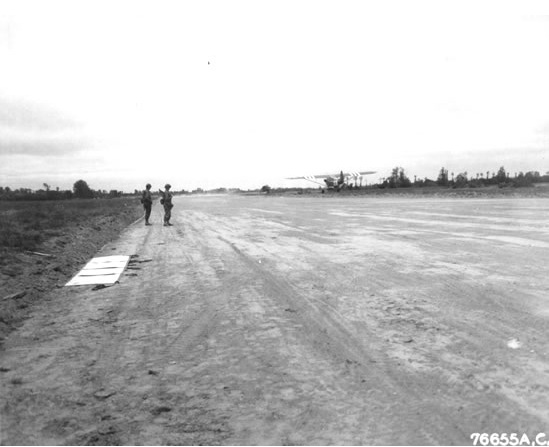 A P-38 Lightning taking off from the uncovered runway on 10 June 1944 with a Piper L-4 parked to the side of the runway  (PhotosNormandie, on Flickr (french)). 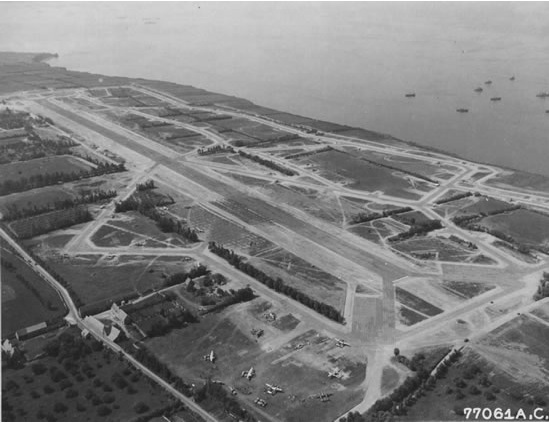 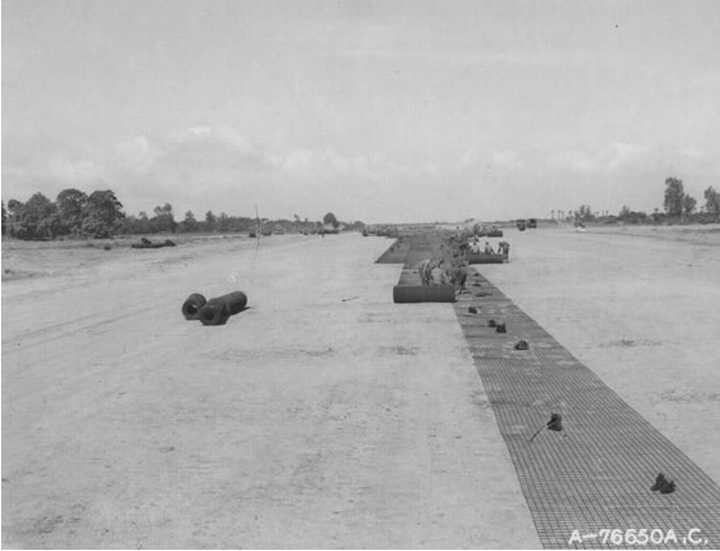 834th EAB engineers laying out the SMT tracks to reinfoce the runway for intensive use by USAAF P-47s (6juin1944.com (french)). 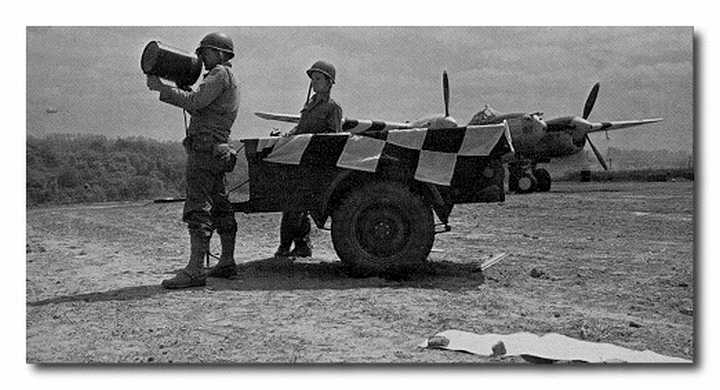 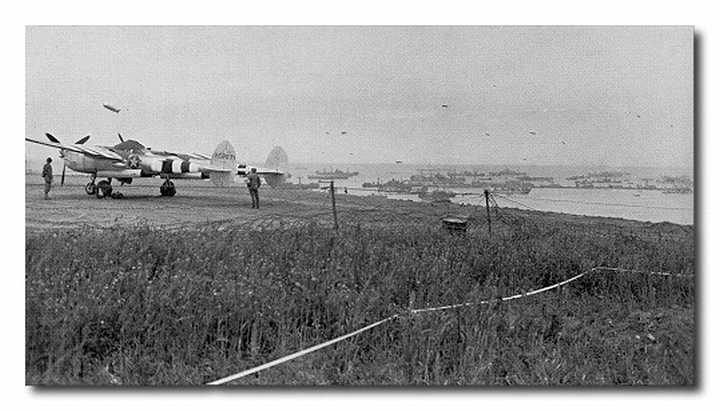 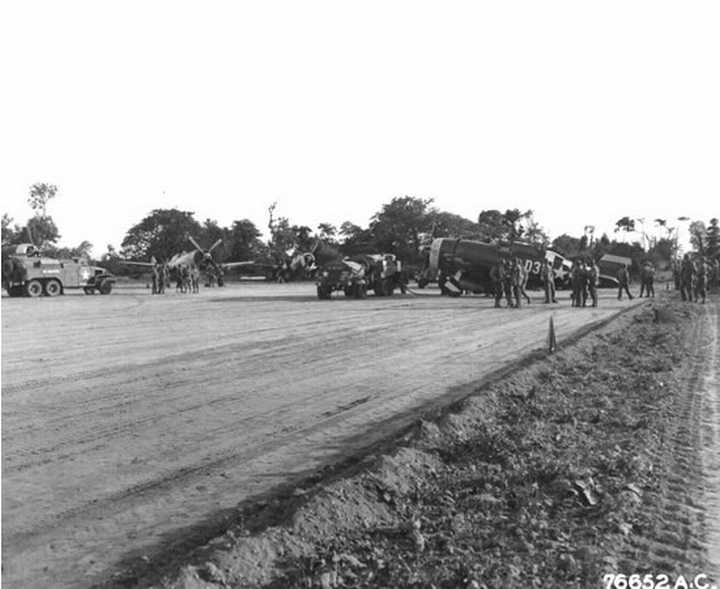 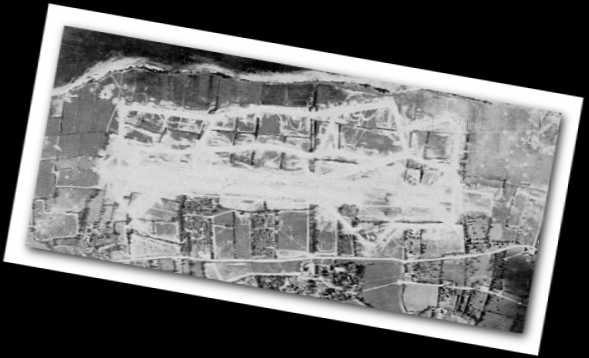 On 17 June, TAC 366th Fighter Group arrived from Thruxton, UK, flying P-47s. They were the first USAAF unit to move to continental Europe, and were joined by 401st Fighter Group. Last to move into the airfield was 390FS on 20 June. It also housed the 2nd Platoon of the 1st Air Force Clearing Station, which had landed at Omaha Beach on 16 June. The medical unit set up a field hospital just off base, which by that time would still occasionally receive incoming enemy fire, as the front line was not far away. The platoon consisted of 4 Medical Officers, 1 Dental Officer, 1 Medical Administrative Officer, 6 (female) Nurses, and 57 Enlisted Men.
366 and 401 FG remained at the airfield until 5 Sep 1944. Shortly after they left the airfield was dismantled and returned to the original owners. Today there is little or no physical evidence of its existence or its location. Aerial view of the St. Pierre du Mont airfield in 2005. Pointe du Hoc cliff is located just over a mile to the west (Google Earth).