San Nicola di Varano airfield (Italian: l'idroscalo San Nicola di Varano, also known as Idroscalo 'Ivo Monti') is a disused seaplane airfield located 47 kilometers (30 miles) north-northeast of Foggia in Apulia, Italy.
The air field was built from 1913 as a support base and flying training center for seaplane pilots. The airfield was named after nearby San Nicola, a community just off the base. Strategically located halfway between the airbases at Bari and Ancona and a hundred miles from the Austro-Hungarian base at Kotor (Yugoslavia). This also made it very suitable for the defense against enemy attacks over the lower and middle Adriatic Sea. The base was constructed in a colonial style, with majestic multi-storey buildings, well aligned, an d with large windows. They were located mostly along the Viale Irene (Irene Avenue), with buildings having names such as 'il Commandante' (the Captain) or 'il Principe' (The Prince). The complex inclused a former monestary and a hospital along with sanitary facilities, stables and ice production. Construction of the complex was part of a larger effort to set up anti-aircraft guns along the coast and Tremiti island. On the civilian side of the project the Gargano area got new roads and a railway line in order to improve the local economy.

In September 1915 station commander Alberto Ghè was denied to pay his men incentives for their hard work. In response to the denied request he ordered his station to be functional, yet elegant. He ordered a piano to cheer up his men during the long evenings in this abandoned corner of Italy.
He also called upon the services of a renowned doctor (Donatacci) to cure his men from malaria. The base grew rapidly, and by the end of 1915 it was ready for the first operations.
While aircraft were operating the base became more and more self sufficient. In 1917 the station was operating Macchi L3 seaplanes. It was visited by Admiral Thaon de Revel, and alledgeldly by King Vittoria Emanuelle III. On 2 June 1918 Regia Marina pilot Lt. Ivo Monti did not return from his mission to Lastovo island. His mission was to bomb Lastovo island, the origin of the bombing of Vieste by Austria a year and a half earlier.
With the end of the 'Great War' operations at the base came to a slower pace. Between 1919 and 1920 the church dedicated to Santa Barbara was built to allow airmen to pray to their guardian. On 23 June 1921, by order of the Italian Navy, the base was renamed after its missing comrade 'Ivo Monti'. A plaque to cemmemorate his name was fixed on the marble wall of 'il Commandante'. 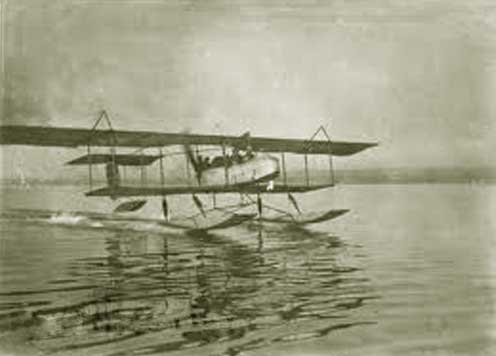 Many building projects on the base ended when World War I was over. The base was refurbished a little in 1936, when it lost its hangars. During World War II the base operated a section of two Cant Z506 Airone (Heron). The unit was tasked with reconnaissance, search and rescue, but did not have a large impact on the war. Captain Ciro Fanelli of San Severo, former commander of the base during the war, recalled only one one incident worthy of note: a German fighter squadron strafed the base (hastily and without major consequences) while retreating after the armistice of September 1943.

After the war the air station fell into oblivion. What two wars could not achieve, occurred in only a few years: it lost most of its former glory. The base was considered to be of quarry of sorts, from which many felt they could could freely harvest marble, windows, wood, decorations and other building materials. It was disposed of by the Military to the Ministry of Finance. Several government plans to reuse the base as a fishing village, a tourist center, a sailing center, a drug rehabilitation center and even a nuclear facility came to nothing. Plans to develop the site for economic purposes clashed with those with plans to redevelop nature at the site.
Relatively recently the state was allowed to hand over the facility to the local authorities at no cost. Eventually it was sold to STU for 6.25billion Lira (3.225.000 EUR). In 2003 STU (Società di Trasformazione Urbana), made an attempt to restore one of the buildings to its former glory. Their idea was to build a new tourist village out of the base. The project stoped however, and currently there are no plans to restart. 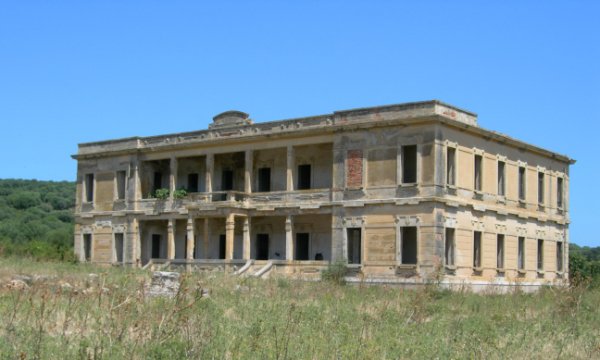 One of the abandoned buildings at the former airfield. Even in this state it is obvious the base must once have been an impressive site. 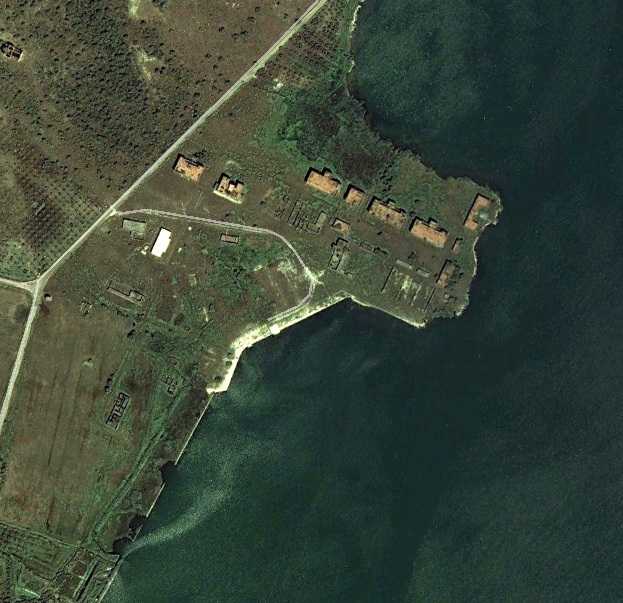 A great set of recently shot images of the former air station can be viewed at www.lifelog.it.
'Mille grazie!' to Antonio Pignatiello for pointing out this airfield!