Sandy Bay airfield was an airfield on the east side of Lough Neagh, Northern Ireland.
The airfield was built during World War II as a seaplane base. It comprised 12 moorings for flying boats, with extra moorings for attendant vessels.  Another 4 moorings were available to the east of Rams Island, which provided shelter from the prevailing westerly winds. Navigation buoys were laid out to the north and south of Rams island to guide the flying boats onto the open Lough. Like many other Northern Irish airfields, the station was used to let pilots and crews practice bombing and gunnery techniques.

No photos of the aerodrome while in use were located

From May 1944 it also served as an airport for flights between the U.K. and the U.S.A. The main users were the U.S. Naval Transport Service and RAF Transport Command, both operating PB2Y Coronados. The aircraft flew from Sandy Bay via Port Lyantey in North Africa and RAF Darrell's Island in Bermuda to the United States or Puerto Rico. The service was well used with a recorded 280 passengers in June 1944 alone. Still, the service ceased on 16 October 1944. The facilities at the airfield were spartan, and flight control was performed from nearby RAF Langford Lodge. Only a bomb shelter and the remains of some piers remain at the former airfield. 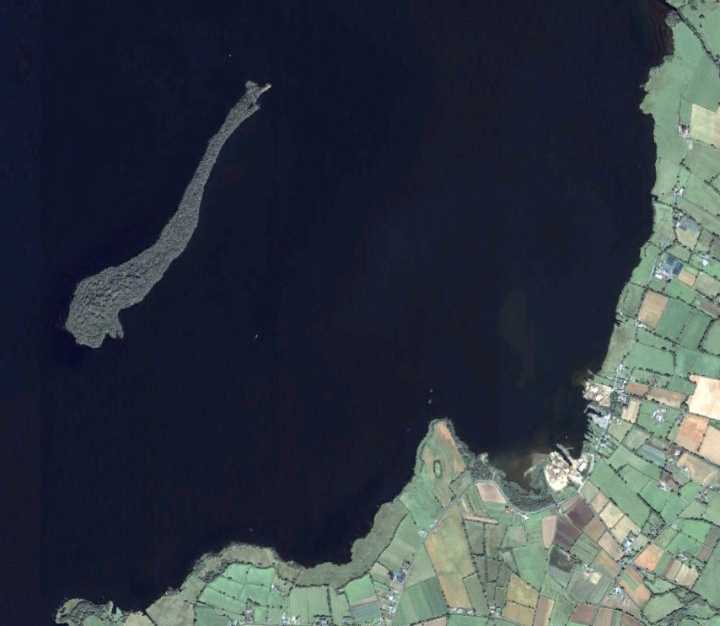 The location of former RAF Sandy Bay in 2002