Słupia highway strip (polish: Drogowy Odcinek Lotniskowy (DOL) Debrzno or DOL Słupia) was an auxiliary airstrip 295 kilometer northwest of Warsaw.
It was built during the Cold War, probably between 1975 and 1985, in case nearby Debrzno airbase went out of commission. It consisted of a straight and widened stretch of reinforced road serving as a runway, with two service platforms at either end: one on the west side of the southern threshold, the other on the east side of the northern threshold.

After the Cold War ended, it was abandoned by the military. 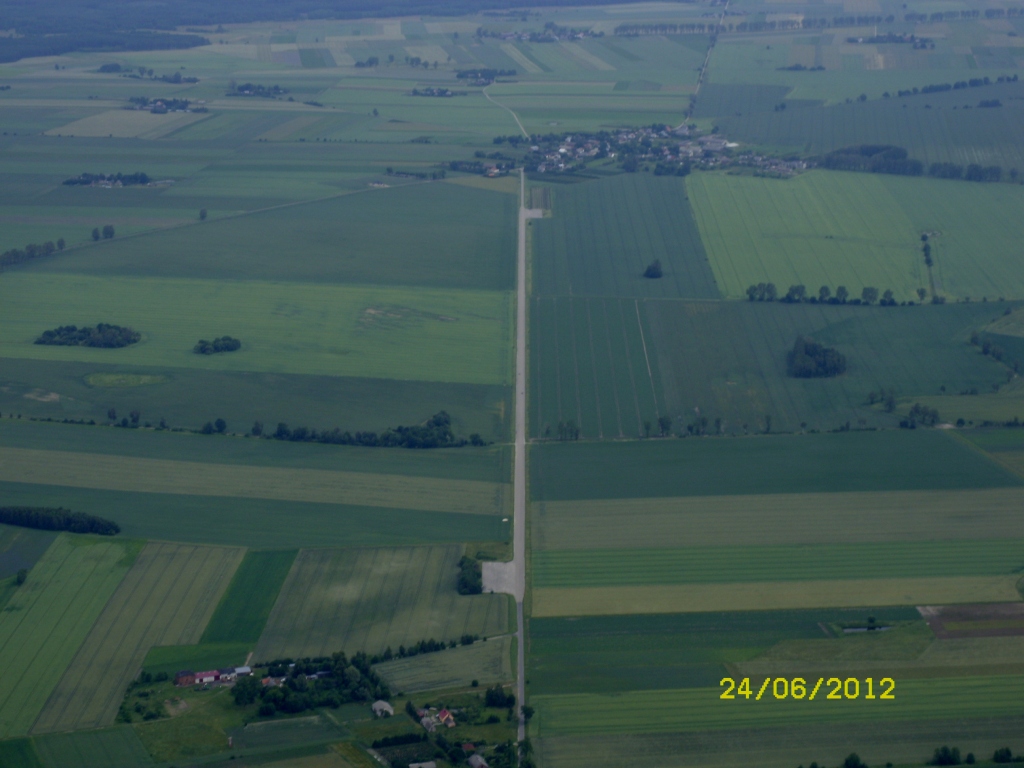 Around 2015 the southern platform was broken up and removed.

Han de Ridder visited the airstrip in 2016, when he meade this video (used with permission)