Schwerin-Görries air field (German: Flugplatz Schwerin-Görries) was an airfield 180 kilmeters northwest of Berlin.
The airfield was opened on 22 June 1913.
By the end of the year, Anthony Fokker brought his "Fokker-Flugzeugwerken" to Schwerin.
This is the location where, during World War I, the famous (or notorious) Fokker fighters were built for the German Luftwaffe.
Fokker built about 2000 of them and his plant employed up to 1,200 people.
After World War I was lost, Germany (and therefore Fokker) was forced to close the aircraft plant.
Fokker managed to escape to Amsterdam, along with 200 aircraft and 400 aircraft engines, which he used as a starting capital for his new aircraft business.
The airfield continued to exist as an emergency landing ground during the 1920s.
In 1932 it became a second line airfield (German: Flughafen II. Ordnung).


From April 1941 Blindflugschule 4 (Blind Flying School 4), later the Flugzeugführerschule B34 (Pilot School B34) began using the airfield.
In April 1942 Stab of IV.Gruppe as well as 10./ and 11./Kampfgeschwader 100 came to Schwerin, leaving again in October.
III./ and 4./Jagdgeschwader 54 were stationed at Schwerin between August and Dezember 1943.
In 1944 the airfield measured 1,235x870meters, featuring 10 hangars.
On 11 May 1944 the Flugzeugführerschule A72 was relocated to Schwerin, training pilots here until April 1945.
On 4 and 25 August 1944 the airfield was the target of two American air strikes.
I./Jagdgeschwader 5 relocated to Schwerin on 11 October 1944.
It was renumbered on 14 October 1944 to III./Jagdgeschwader 6 and moved to Bissel on 17 December 1944.
In the final weeks of the war, on 13 April 1945, II./Jagdgeschwader 27 came to Schwerin, followed by the Stab of the Geschwader.
The last remaining units left the airfield for Leck on 30 April 1945.
By the end of 1 May 1945 American forces had taken the airfield and the following day the town of Schwerin without firing a shot.


The Americans remained at the airfield until 1 June 1945, when they handed over control of the airfield to the British Army.
On 1 July 1945 the British handed over control to the Soviet Red Army, as Schwerin was to fall in the Soviet occupied part of Germany.
The Soviets used the airfield as a barracks for a Surface to Air Missile unit until 1993.
Since the end of the cold war, the terrain has slowly been built over.
On the east side the B-106 road crosses the grounds of the former airfield.
The former flying field is now occupied by a commercial zone.
Of the 10 hangars, only 2 remain.
Between them stands the former station building and control tower .
Although the three are under Denkmalschutz (protected buildings) they are very much in a derelict state, with trees growing out of the roof of the station building.
The complex was still for sale at € 265.000 in 2012. 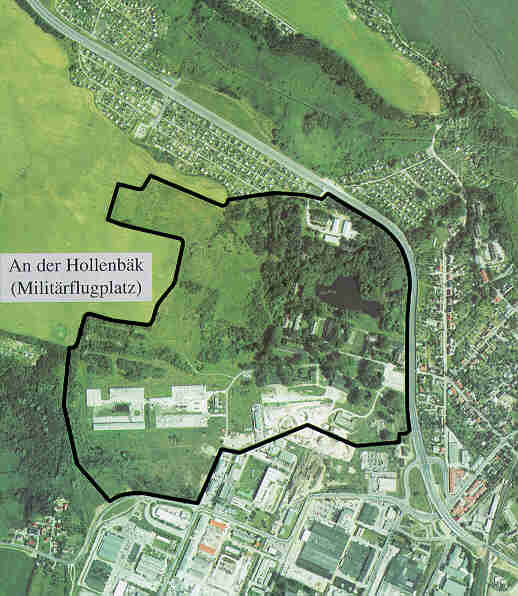 Aerial photograph of the airfield, estimated to have been shot in the mid-to-late 1990s (fliegerhorste.de). 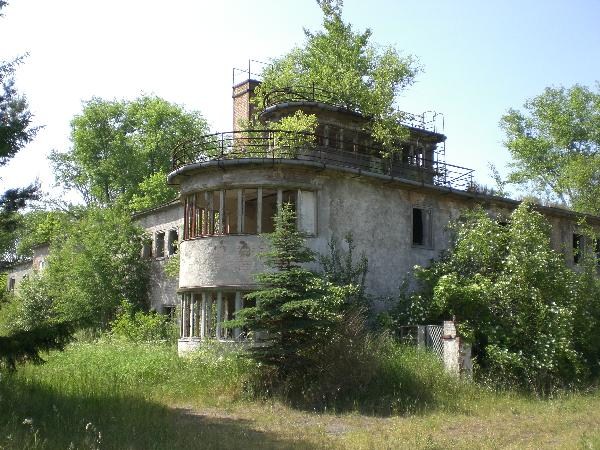 The abandoned station building in May 2008 as published at geocaching.com. 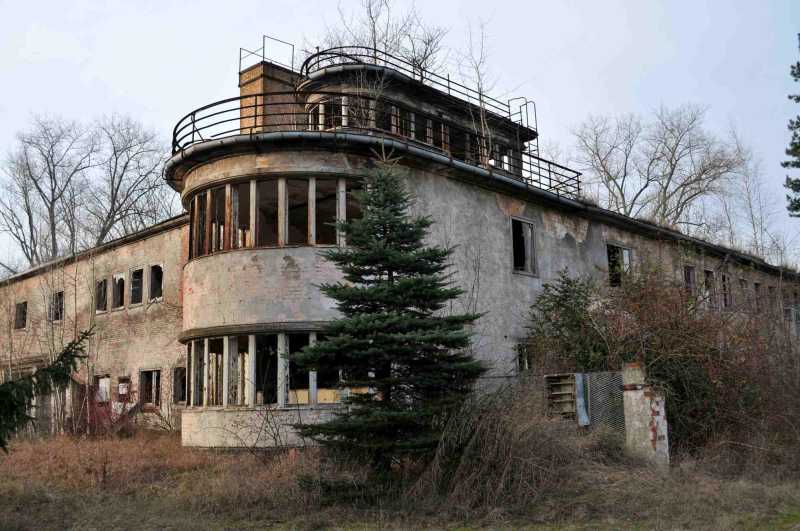 The same building photographed in December 2009 (Petra Pohl, at filmland-mv.de). 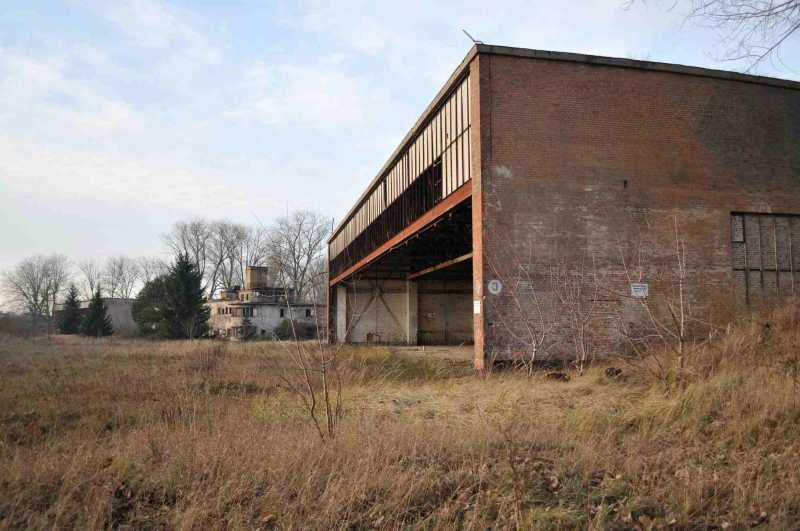 The three remaining buildings in a single frame in 2009  (Petra Pohl, at filmland-mv.de).

Overview of the remains of the airfield in 2011 (Google Earth).