Scorton airfield (RAF Scorton, also known as USAAF Station AAF-425) was an airfield 340 kilometers north-northwest of London. The airfield was built in 1939.It opened in October 1939 as a satellite to RAF Catterick, No. 13 Group, Fighter Command. Between the opening and October 1940 the airfield was home to 219 Sqqn. flying Bristol Belnheim fighters. In 1941 the airfield was rebuilt, during which it received three tarmac runways, a new control tower and several other buildings. It reopened in October 1941 when 122 Sqn. (Spitfires) moved onto the base. In February 1942 they were joined by 406 Sqn. RCAF with Beaufighter nightfighters. When 122 Sqn relocated they were replaced with 167 Sqn., which reformed here in April 1942. 406 Sqn (RCAF) was replaced by 410Sqn (RCAF) in September 1942. The latter only stayed at the base for one month, though. Between April 1943 and April 1944 the airbase was home to 26, 56, 130 and 604 Sqn. 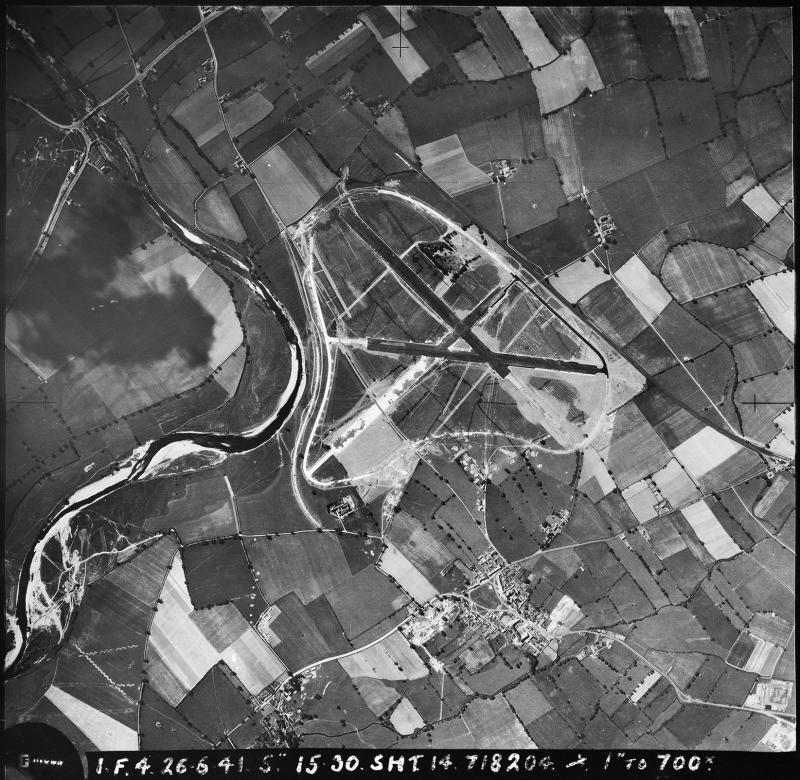 Scorton during the upgrade to a full Royal Air Force station in June 1941. The north is in the upper right corner, Scorton railway station (all RAF stations were named after the nearest railway station) lies on the right hand edge and the village is located immediately to the airfield's southeast (photo IWM, via americanairmuseum.com)

In May 1944 the airfield was used by the USAAF's Ninth Air Force. USAAF transferred two P-61 Black Widow night interceptor squadrons (422nd and 425th Night Fighter Squadrons) to the base to train and fly with the RAFs Night Fighter OTU in the region. For the remainder of the war the airfield was used by RAF Balloon Command for storage.
The airfield remained on care and Maintenance until December 1952. It returned to agricultural use in 1958.

Most of what was the airfield is now under a lake or a sand and gravel quarry yard to the southeast. Some buildings located were dismantled and moved to nearby farms to be used as agricultral buildings. Only a portion of the eastern perimeter track and a few buildings to the east of it still remain. 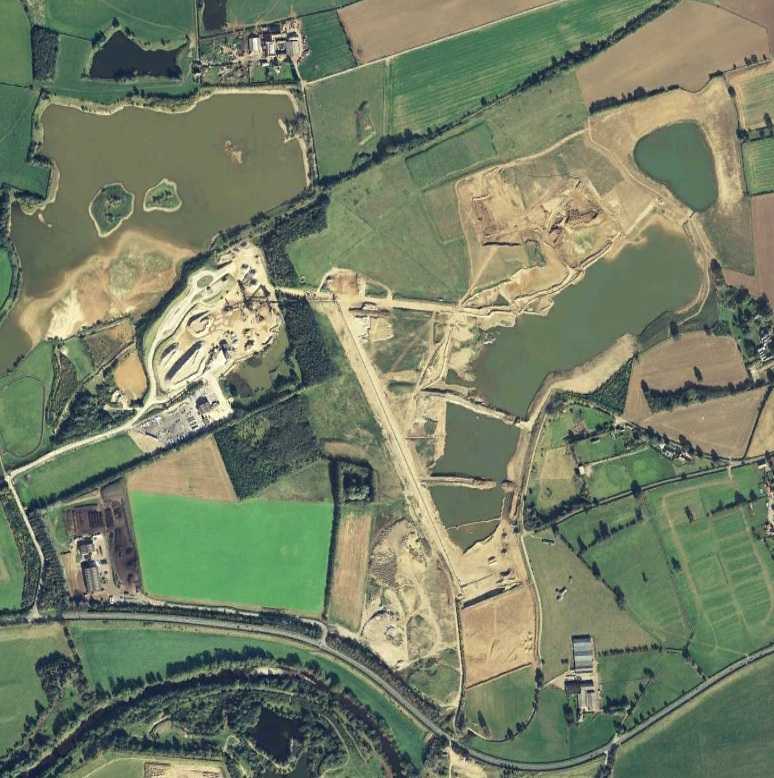